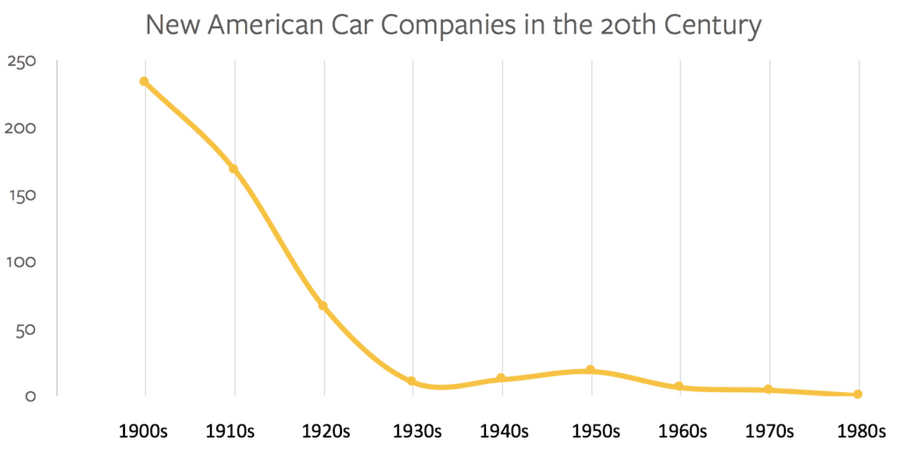 Certain companies in the automobile and technological sectors experience a paradigm shift once a while, where once-dominant companies are usurped by the next wave of startups.

First-generation car manufacturers, once considered untouchable were rendered irrelevant by imported cars. Tech companies like IBM and Microsoft, which had a stronghold across the world for two decades, appear to be sidelined by newer players like Google, Amazon, and Apple.

The End of the Beginning

The Beginning, Not The End

When we look at the developments in the last 100 years, it can be said that today's technology may just be the beginning of bigger disruption in the future.

Companies like Apple and Google may just be the initial stepping stones, and technology will evolve further in unpredictable and...

When the end-users needs and problems are solved in fundamentally different ways, even companies that aren't a direct competitor to the old establishments pose a threat.

Generational Change is inevitable and no company can remain dominant for long.

"Whenever you find yourself on the side of the majority, it is time to pause and reflect."

Massive Companies That Started During a Recession

The famous key combination, Ctrl+Alt+Del is a way for Windows PC users to terminate an unresponsive task, or reboot the system.

The story goes that an engineer at IBM in the year 1980, an era when PCs weren’t sold to the public yet, was designing a program, and had to think of a quick way...

The History of CTRL + ALT + DELETE

Relying on caffeine is not always helpful

According to a new study, relying on caffeine to help you through your day can only get you so far.

Caffeine may help you stay awake to attend to a task, but it doesn't help to prevent procedural errors that can cause, for example, medical mistakes and car accidents.