FedEx Founder Fred Smith eventually launched the business right on the tail end of the Recession of 1969–1970.

Though this recession was relatively short-lived and mild, Smith faced major challenges trying to sell a new, unheard of type of service to a business community that was more hesitant than usual to spend money on untested vendors.

Massive Companies That Started During a Recession

These are honorable mentions.
They didn't technically start during recessions, but all of them were launched right before major economic meltdowns: Google (1998) and Salesforce (1999) right before the dot-com bubble burst, and Facebook (2004) shortly before the Great Recession. 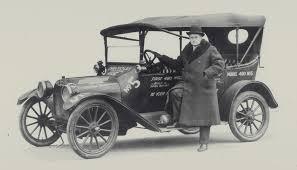 His business was still manufacturing horse-drawn carriages in the late 1800s, but General Motors Founder William Durant made his transition into the newly-created automobile industry in 1904 with his purchase of the Buick Motor Company.

Early 1908 (in the middle of the 30% business declines experienced during the 13-month Panic of 1907) Durant decided to launch GM as a holding company to acquire even more automobile manufacturers.

It was during the 1937–1938 recession (one of the worst recessions of the 20th Century, with GDP decline reaching nearly 19%) that William Hewlett and David Packard, recent Standform graduates, decided to formulate a plan for their new electronics company, Hewlett-Packard.

Still feeling the sting of the recession, the duo incorporated their business on January 1, 1939, and would go on to build one of the worldwide powerhouses in computers.

"Whenever you find yourself on the side of the majority, it is time to pause and reflect."

The 1973 oil crisis (that, coupled with a stock market crash, led to a 16-month recession where the GDP took its worst hit in nearly 20 years)  did not stop Bill Gates and Paul Allen from developing their new computer software business Microsoft, which launched on April 4, 1975, literally just days after the recession was considered officially over.

What entrepreneurship is about

Challenging times can create even more obstacles between you and success. But entrepreneurship is about leaning into the obstacles and finding and creating opportunities in places others have overlooked or written-off.
As others run away from the chaos, there will be more opportunity than ever to deliver real value to the world.

It was launched by Charles Flintas the Computing-Tabulating-Recording Company (CTR) in June of 1911 and it got its start selling commercial and business machines right in the middle of a long two-year panic.

While industries everywhere saw double-digit declines in activity, CTR thrived, later changed its name to IBM, and became the leader in technology that would support the digital revolution.

In 1928, brothers Walt and Roy Disney introduced the world to Mickey Mouse via their short-animated feature Steamboat Willie. A year later in 1929, the duo incorporated Walt Disney Productions right as the nearly 4-year Great Depression was getting started.

It was in those times that America needed a smile more than ever, and was able to navigate the challenges of the depression.

Born during the Recession of 1958, Trader Joe’s got its start under the name Pronto Markets in Southern California.

After founder Joe Coulombe returned to the U.S. from a vacation in the Caribbean, he sensed an opportunity to provide unique international food offerings in his stores to consumers that were becoming increasingly more global.

Even with business activity and travel slowing during the tough economic times, Pritzker pushed on, opening two additional hotels before the end of the decade. This collection would grow to nearly 900 properties, and annual revenues exceeding $5 billion dollars!

During the 1981–1982 Recession (which brought some of the worst unemployment rates seen in decades), Trip Hawkins left his secure job at Apple to start a new software company called Electronic Arts.

The company would quickly grow to become a leading provider of games for the booming home computer and entertainment system market.

Thomas Edison officially got his start years earlier (and survived several smaller recessions during the 1880s), but launched General Electric right as the nation was heading into the Panic of 1893 (16 months where business activity dropped nearly 40% across the nation).

Disruptive companies are well-liked by investors and stakeholders, in this tough and cutthroat industry.

According to a study, 70% of startups fail, usually within two years of operation.

Four ways to win in the age of disruption

Is there such a thing as a ‘good’ or ‘bad’ recession?

Two of the biggest innovations

Two of the biggest innovations of modern times are cars and airplanes. At first, every new invention looks like a toy. It takes decades for people to realise the potential of it.