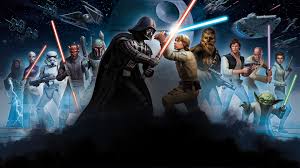 It's been more than 30 years since the first "Star Wars."

The cultural influence of the Star Wars Films, novels, comics, television shows, games, toys, and documentaries has been so great that over 390,000 people stated their religion as Jedi.

Star Wars also showed that merchandising could make even more money than the movies do.

The first movie of the blockbuster franchise, retroactively titled as Star Wars Episode IV: A New Hope, exploded into the movie theatres in 1977. It became a global cultural phenomenon and gave birth to a pop-culture empire, which included sequels, prequels, books, comics, games, TV series and even radio shows.

10 Sci-Fi Predictions from TV and Movies That Came True