Modern disinfectants are made from many compounds, including alcohols, aldehydes, oxidizing agents, phenolics, inorganic compounds such as chlorine, some metals, various acids, etc.

Disinfecting agents have become essential in reducing illness and disease. The Industrial Revolution played a vital role in saving lives, as it produced things like chemical detergents that could run automatic washing machines.

Sulfur fumigation was used widely throughout Europe through the Middle Ages, especially during outbreaks of plague. But disinfectants such as compounds of Sulfur, mercury, and copper were only moderately effective and highly toxic, resulting in health problems.

The first notable effective deployment of disinfectants came in 1675 when a Dutch scientist noticed through the glass of his microscope that strong vinegar killed microorganisms.

In 1887, a British surgeon researched the effects of carbolic acid as a disinfectant in the operating theater. The results drastically reduced infection rates among patients.

The disinfection of water

In 1908, the United States started a continuous application of water chlorination at the Boonton Reservoir in New Jersey. The technology spread first across the United States, and later across developed nations. 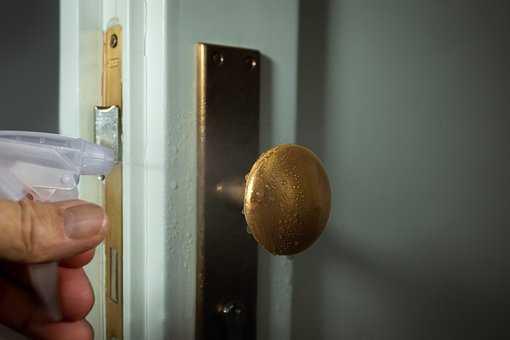 Chemical disinfection has helped to improve life expectancy and considerably changed our collective standard of living.

It is inexpensive and always available, and is used to preserve and prepare our food, clean our water, improve our hygiene, and help eliminate harmful bacteria and viruses.

The discovery and use of Uranium

Uranium was first used as a coloring agent in the manufacture of pottery. As early as 79 CE, naturally-occurring uranium oxide was ground up into a yellow powder and applied as a pottery glaze.

Martin Heinrich Klaproth discovered the element uranium in 1749, but uranium's radioactive significance was only unlocked in 1896 by physicist Henri Becquerel. Pure uranium is a silvery-grey radioactive chemical element.

Iron: the fourth most abundant element on earth

Iron is the fourth most abundant element in the Earth's crust, and is found as an ore called Magnetite. Iron is crucial for creating steel, which is required for countries which are undergoing industrialization.

While we humans mine a lot of sophisticated metals like Aluminum and Titanium, Iron forms the skeleton of modern infrastructure.

The first evidence of a soap-like substance was in 2800 BC, in Mesopotamia, inhabited by the Sumerians. The oldest soaps, made by using animal fats with wood ash and water, were used to wash wool, treating skin diseases, and also for ritualistic purposes by Sumerian priests.