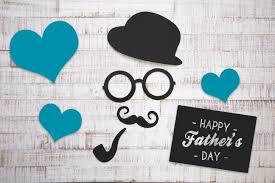 On the third Sunday in June, Americans take time to honor fathers and their role in the family and community.

Few Americans are aware of the woman who launched a 62-year campaign to establish the day as a federal holiday.

Enjoy Father's Day? Thank the woman who spent 62 years campaigning for it.

MORE IDEAS FROM Enjoy Father's Day? Thank the woman who spent 62 years campaigning for it.

A new appreciation of fatherhood

On the first Father's Day, families honored fathers by wearing red roses for those still alive, and white for those who were deceased. Father's Day sermons were held, and even the city's mayor and state governor issued Father's Day proclamations.
Today Father's Day is often celebrated with food, gatherings, and gifts. The nature of Father's Day has shifted as most fathers are no longer the sole breadwinners and have become more involved in family life.

Labor Day is a public holiday observed in the United States on the first Monday in September.

Labor Day celebrates the contribution of the American system of organized labor and workers to the prosperity and economic strength of the nation.

The Purpose and History of the US Labor Day Holiday