The Concept of Graffiti - Deepstash 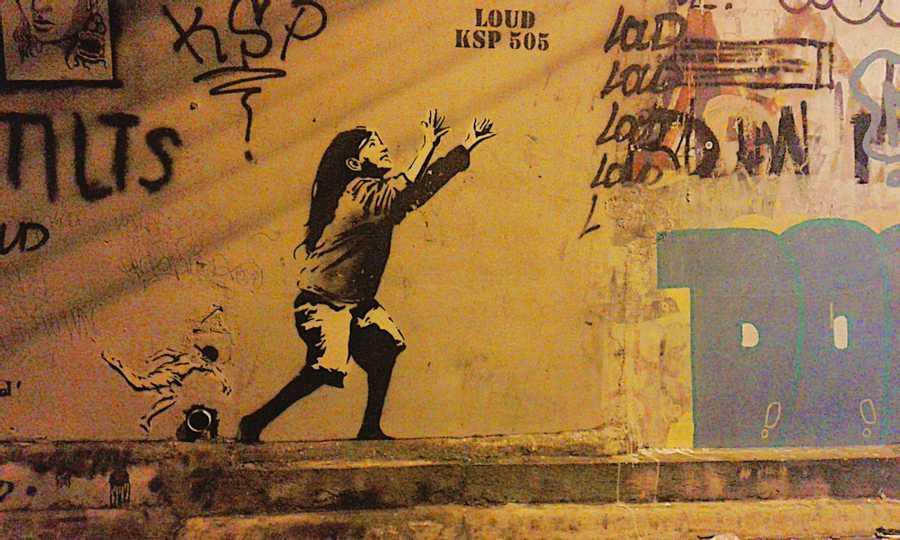 The Concept of Graffiti

Graffiti, or the practice of writing, drawing, painting or doodling on walls and other surfaces is as old as man himself, with prehistoric and ancient cave paintings of hunting scenes being the first documented proof of the same. The word comes from the Greek term ‘graphein’ and means to ‘scratch, draw or write’.

Graffiti was employed during World War II to create brotherhood among soldiers, who felt a connection with the words and images on the walls left by other soldiers.

Graffiti and Other Media

The creative minds needed space to foster, using any form of expression as a medium to make street art.

Though street art is an accepted form of art, it is still considered as vandalism.

Many artists have the option to create artworks in galleries and museums, and get paid for it, but the adrenaline rush of doing something illegal, or going against the authorities is alluring to the artists basic instincts of adventure and thrill.

Many artists made the concept of writing and drawing graffiti faster and more uniform by using stencils, which were made of cardboard and had the cut out of the intended art. Multiple stencils were used in creative ways to add depth and a striking visual element to the viewer.

Stencils became handy and popular as they could be used a number of times and the writer/artist only took a few seconds to complete the graffiti and flee the scene.

In about a decade, the ‘vandalism’ of infrastructure and public property became a big problem in NYC, as it had a negative psychological effect on every citizen. The authorities put in measures to make it harder for the writers to hit their targets, but it just made the game more challenging and interesting for the artists.

Extreme steps were taken in 1984 to clear NYC of Subway car/train graffiti, and commuters had to face hardships, but the practice of street graffiti flourished in the coming decades.

The act of writing or tagging in a public place, is a celebration of existence, but at the same time a declaration of resistance. The accessibility of street art makes it an alternate medium of information, something that is not controlled by the government, like it should be.

New tools such as computer graphic software and digital photography, along with the increased global reach due to the internet and social media have immortalized street art, unlike before.

WHAT IS CRYPTO ART?

Crypto art is a digital art form. It is treated like physical artwork collections, and owners may have verified ownership of a piece of crypto art. The art world has long had established systems for collection paintings or sculptures.

But until now, although it was produced, there was no clear way for people to collect digital artwork. Crypto art and NFTs allow you to do just that.

What Is Crypto Art And How Does It Work? - Eden Gallery

First seen in the mid-19th century, impressionist art captured the immediate impression of scenery or moment, communicated by the artist using light, reflection and separated colours.

The capturing of light was done using short brushstrokes done quickly and freely, making the painting appear rough and messy to some.

What Is Impressionism in Art?