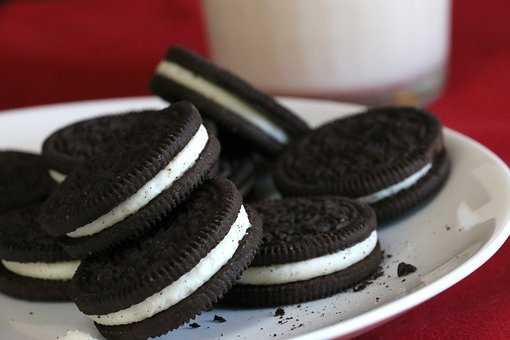 Oreos have been around since 1912. They are the best-selling cookies in the world and sold in over 100 countries.

When they were introduced in 1912, they were known as Oreo Biscuit, then changed names to Oreo Sandwich in 1921, and 1937 took on the name of Oreo Crème Sandwich. The final change came in 1974 when the cookie became known as the Oreo Chocolate Sandwich Cookie.

The untold truth of Oreos

Oreo was not an original concept

Food scientist Sam J. Porcello invented the newer version of the Oreo. He was one of the world's foremost experts on cocoa and helped develop the extra indulgent chocolate and white chocolate-covered Oreo.

The design of Oreos

William Turnier was responsible for designing the Oreo. He initially worked at the company mailroom, shadowed creative employees within the company and learned industrial engineering. He was later asked to update Oreo's design.

The design goes back to monks in Medieval times. The monks...

Girl Scout cookies are beloved: They are also part of successful marketing and youthful entrepreneurship.

From January to April every year, over a million scouts in the U.S. sell about 200 million boxes of cookies. The sales are more than Oreo sales.

How Girl Scout cookies captured the heart of America

The first ice cream cup was found in Egypt in a tomb in 2700BC.

It was a kind of mould made from two silver cups, one of which contained snow or crushed ice, and the other cooked fruit.

Ice cream, a short history. All the facts, flavours and who invented them

We often associate eating with relief or even excitement, and it’s only natural that we’d reach for those same feelings when we’re worried or sad.

Events don’t have a meaning; we give them a meaning. The meaning of eating is, ‘I’m go...

Experts Reveal What Triggers Emotional Eating And How To Control It