Potential for life - Deepstash
Explore
Get Pro
For Teams 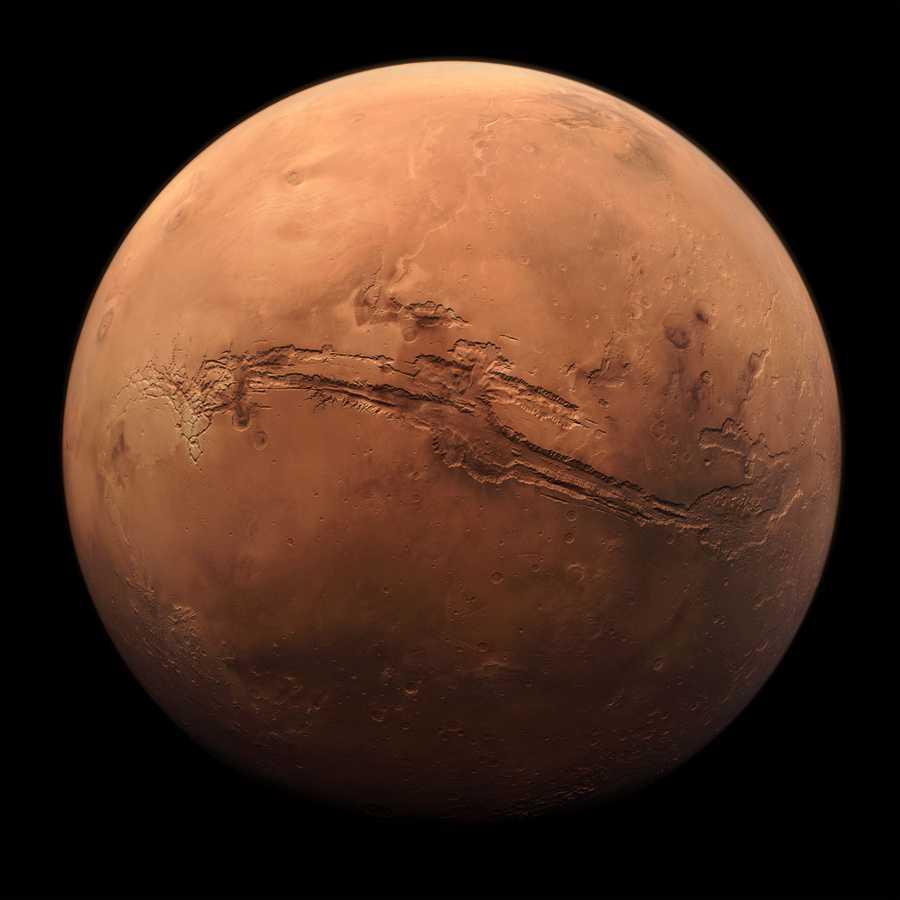 Scientists don't expect to find living things currently thriving on Mars. Instead, they're looking for signs of life that existed long ago, when Mars was warmer and covered with water.

When the solar system settled into its current layout about 4.5 billion years ago, Mars formed when gravity pulled swirling gas and dust in to become the fourth planet from the Sun.

Mars is about half the size of Earth, and like its fellow terrestrial planets, it has a central core, a rocky mantle, and a solid crust.

No planets beyond earth has been studied as much as mars. Recorded observations of Mars date as far back as the era of ancient Egypt over 4,000 years ago, when they charted the planet's movements in the sky.

Today, an international fleet of robotic spacecraft study Mars from all angles:

On the ground: NASA's next-generation Perseverance rover – the largest, most advanced rover NASA has sent to another world – touched down on mars on Feb. 18, 2021. Two other NASA spacecraft already are at work on the surface. NASA'S curiosity rover is exploring Mount Sharp in Gale Crater. NASA'S insight a stationary lander, is probing the interior of Mars from a site on a flat smooth plain called Elysium Planitia

International missions: The Hope orbiter from the United Arab Emirates arrived at Mars on Feb. 9, 2021. China’s Tianwen-1 mission arrived on Feb. 10, 2021, and it includes an orbiter, a lander, and a rover. ESA manages the ExoMars Trace Gas Orbiter and Mars Express missions. India's first Red Planet spacecraft – the Mars Orbiter Mission (MOM) – has been orbiting Mars since 2014.

As mars orbits the Sun, it completes one rotation every 24,6 hours, which is very similar to one day on Earth (23.9 hours). Martian days are called sols—short for "solar day." A year on Mars lasts 669.6 sols, which is the same as 687 Earth days.

Mars' axis of rotation is tilted 25 degrees with respect to the plane of its orbit around the Sun. This is another similarity with Earth, which has an axial tilt of 23.4 degrees.

Like Earth, Mars has distinct seasons, but they last longer than seasons here on Earth since Mars takes longer to orbit the Sun (because it's farther away).

while here on Earth the seasons are evenly spread over the year, lasting 3 months (or one quarter of a year), on Mars the seasons vary in length because of Mars' elliptical, egg-shaped orbit around the Sun.

Mars has a thin atmosphere made up mostly of carbon dioxide , nitrogen, and argon gases. To our eyes, the sky would be hazy and red because of suspended dust instead of the familiar blue tint we see on Earth. Mars' sparse atmosphere doesn't offer much protection from impacts by such objects as meteorites, asteroids, and comets.

Occasionally, winds on Mars are strong enough to create dust storms that cover much of the planet. After such storms, it can be months before all of the dust settles.

The red planet is actually many colors. At the surface, we see colors as brown, gold, and tan. The reason Mars looks reddish is due to oxidization—or rusting—of iron in the rocks, regolith (Martian “soil”), and dust of Mars. This dust gets kicked up into the atmosphere and from a distance makes the planet appear mostly red.

Interestingly, while Mars is about half the diameter of Earth, its surface has nearly the same area as Earth’s dry land. Its volcanoes, impact craters, crustal movement, and atmospheric conditions such as dust storms have altered the landscape of Mars over many years, creating some of the solar system's most interesting topographical features.

A large canyon system called Valles Marineris is long enough to stretch from California to New York—more than 3,000 miles (4,800 kilometers). This Martian canyon is 200 miles (320 kilometers) at its widest and 4.3 miles (7 kilometers) at its deepest. That's about 10 times the size of Earth's Grand Canyon.

Mars is home to the largest volcano in the solar system, Olympus Mons. It's three times taller than Earth's Mt. Everest with a base the size of the state of New Mexico.

Mars appears to have had a watery past, with ancient river valley networks, deltas, and lakebeds, as well as rocks and minerals on the surface that could only have formed in liquid water. Some features suggest that Mars experienced huge floods about 3.5 billion years ago.

There is water on Mars today, but the Martian atmosphere is too thin for liquid water to exist for long on the surface.

Today, water on Mars is found in the form of water-ice just under the surface in the polar regions as well as in briny (salty) water, which seasonally flows down some hillsides and crater walls.

Mars has to small moons that may be captured asteroids. They're potato-shaped because they have too little mass for gravity to make them spherical.

The moons get their names from the horses that pulled the chariot of the Greek god of war, Ares.

If Earth were the size of a nickel, Mars would be about as big as a raspberry.

From this distance, it takes sunlight 13 minutes to travel from the Sun to Mars.

Mars has no global magnetoshpere today, but areas of the Martian crust in the southern hemisphere are highly magnetized, indicating traces of a magnetic field from 4 billion years ago.​

Mars has no rings However, in 50 million years when Phobos crashes into Mars or breaks apart, it could create a dusty ring around the Red Planet.