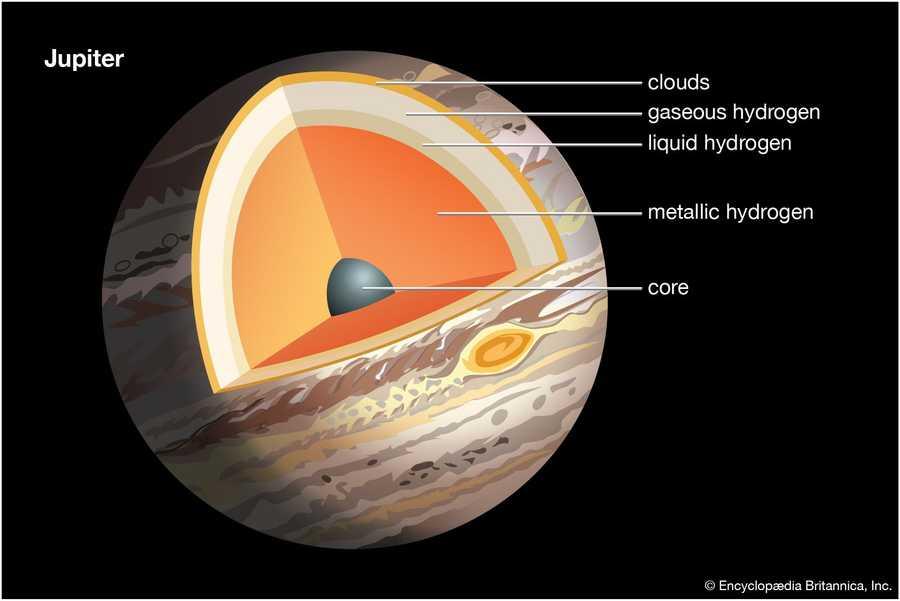 The composition of jupiter is similar to that of the Sun - mostly hydrogen and helium. Deep in the atmosphere, pressure and temperature increase, compressing the hydrogen gas into a liquid.

This gives Jupiter the largest ocean in the solar system—an ocean made of hydrogen instead of water. Scientists think that, at depths perhaps halfway to the planet's center, the pressure becomes so great that electrons are squeezed off the hydrogen atoms, making the liquid electrically conducting like metal.

Jupiter's fast rotation is thought to drive electrical currents in this region, generating the planet's powerful magnetic field. It is still unclear if, deeper down, Jupiter has a central core of solid material or if it may be a thick, super-hot and dense soup. It could be up to 90,032 degrees Fahrenheit (50,000 degrees Celsius) down there, made mostly of iron and silicate minerals (similar to quartz).