Perfume On The Oriental Culture - Deepstash Perfume On The Oriental Culture

Perfume was well known in the Oriental culture, thanks to the reciprocal influences between Western acquisitions and Arab scientific knowledge.

MORE IDEAS FROM History of perfume 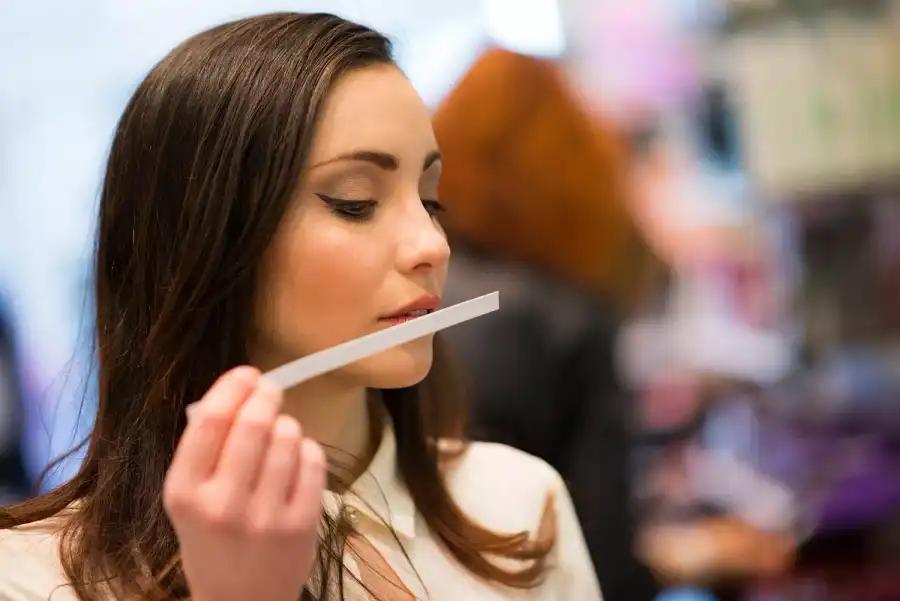 In 2000, the history of perfume came to a profusion of different fragrances that increasingly aimed at consumers trying to meet their needs.

However, this trend is opposed by a new approach that aims to claim back a long tradition and the uniqueness of tailor made craftsmanship products. The same need for uniqueness is required by companies that today can no longer ignore the experiential and sensorial dimension. That is why brands are investing more and more on building a well recognizable olfactory identity.

In Rome, thanks to the continuous conquests and expeditions, they begin to feel the influence of the different cultures and customs that become gradually assimilated.

The origin of perfume is commonly attributed to the ancient Egyptians. They utilized scents to celebrate prayers and religious ceremony by burning essential oils, resin, and perfumed unguents.

This practice had several functions: to ensure divinities’ protection and benevolence and to convey messages and prayers to the dead, to purify the body and to conduct embalming ceremonies.

Over time, scents were not only confined to the sacred aspects, but they were also introduced in daily hygiene. Already at the time of the ancient Egypt there was an intense trade of spices, aromas and resins that were abundant in Egypt but also imported from distant lands such as the Middle East, Arabia and the Indians lands. From these trades were imported fine woods, scented resins, myrrh and incense that made up some of the main ingredients of the scents of the time.

During the period of the ancient Greeks, the perfume leaves its religious rituals and begins to accompany the everyday life of common people. While continuing to accompany the sacred rituals and key moments like births, weddings, and funeral ceremonies, perfume now also enters the profane sphere.

Expeditions to the East through the Spice trade will then allow the discovery of new exotic and precious materials, facilitating an intense perfume trade all over the world then known.

Perfume In The Far East

From these lands, which were for a long time unknown to the western civilizations and provided with an exotic and mysterious charm, derive aromas, spices, silk and other precious goods.

Perfume In The 20th Century

Modern perfumery began in the 20th century and was dominated by synthetic essences that give unique notes to fragrances and from the invention of aldehydes fragrances like the famous Chanel n.5. In Europe, as well as in America, fragrances become real artworks and original creations of couturier perfumes were sold worldwide.

The most famous scents of that era were called with evocative names that recall precise feelings, because now what matters is the message that is transmitted with them. The first men's Eau de toilets also come out: they were initially used as aftershaves, but only later they became authentic perfumes.

Music of the Greek and Roman times

Surviving Greek notation has given scientists a clue to how the music of the early Greeks and later the Romans might have sounded. Instruments featured during these times include the trumpet as an instrument of announcement and the lyre as an integral player in the songs of poets.

Brief History of Music: An Introduction

The first evidence of a soap-like substance was in 2800 BC, in Mesopotamia, inhabited by the Sumerians. The oldest soaps, made by using animal fats with wood ash and water, were used to wash wool, treating skin diseases, and also for ritualistic purposes by Sumerian priests.