15 Logical Fallacies You Should Know Before Getting Into a Debate - TheBestSchools.org - Deepstash
Explore
Get Pro
For Teams 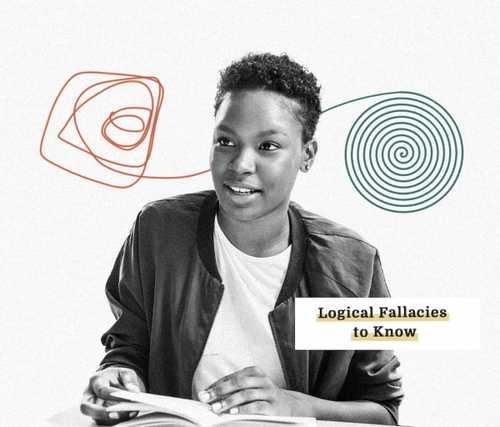 15 Logical Fallacies You Should Know Before Getting Into a Debate - TheBestSchools.org 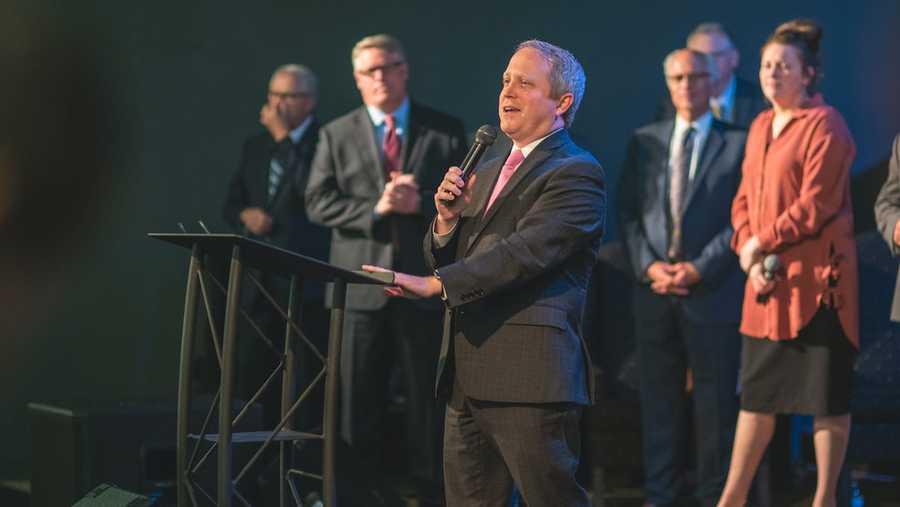 15Logical Fallacies You Should Know Before Getting Into a Debate

Need help prepping for an argument, or just want to double check your philosophy homework? Here you'll find 15 of the most common logical fallacies. 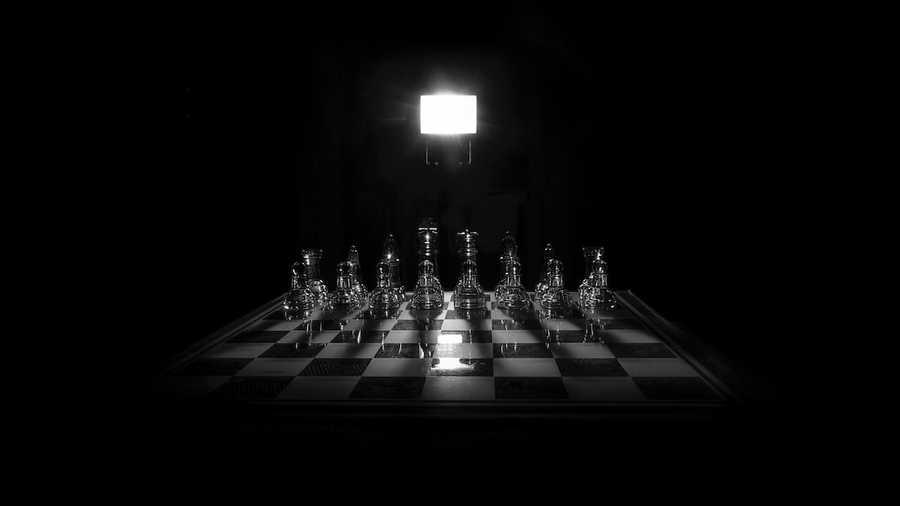 What Is A Logical Fallacy

Logical fallacies are flawed, deceptive, or false arguments that can be proven wrong with reasoning. These are the most common fallacies you should know about.

Arguments and debates are an important part of college and academic discourse. But not every argument is perfect. Some can be picked apart because they have errors in reasoning and rhetoric. These are called "logical fallacies," and they're very common.

You'll hear logical fallacies in the classroom, during televised debates, and in arguments with your friends. It can even be challenging to avoid using them yourself. 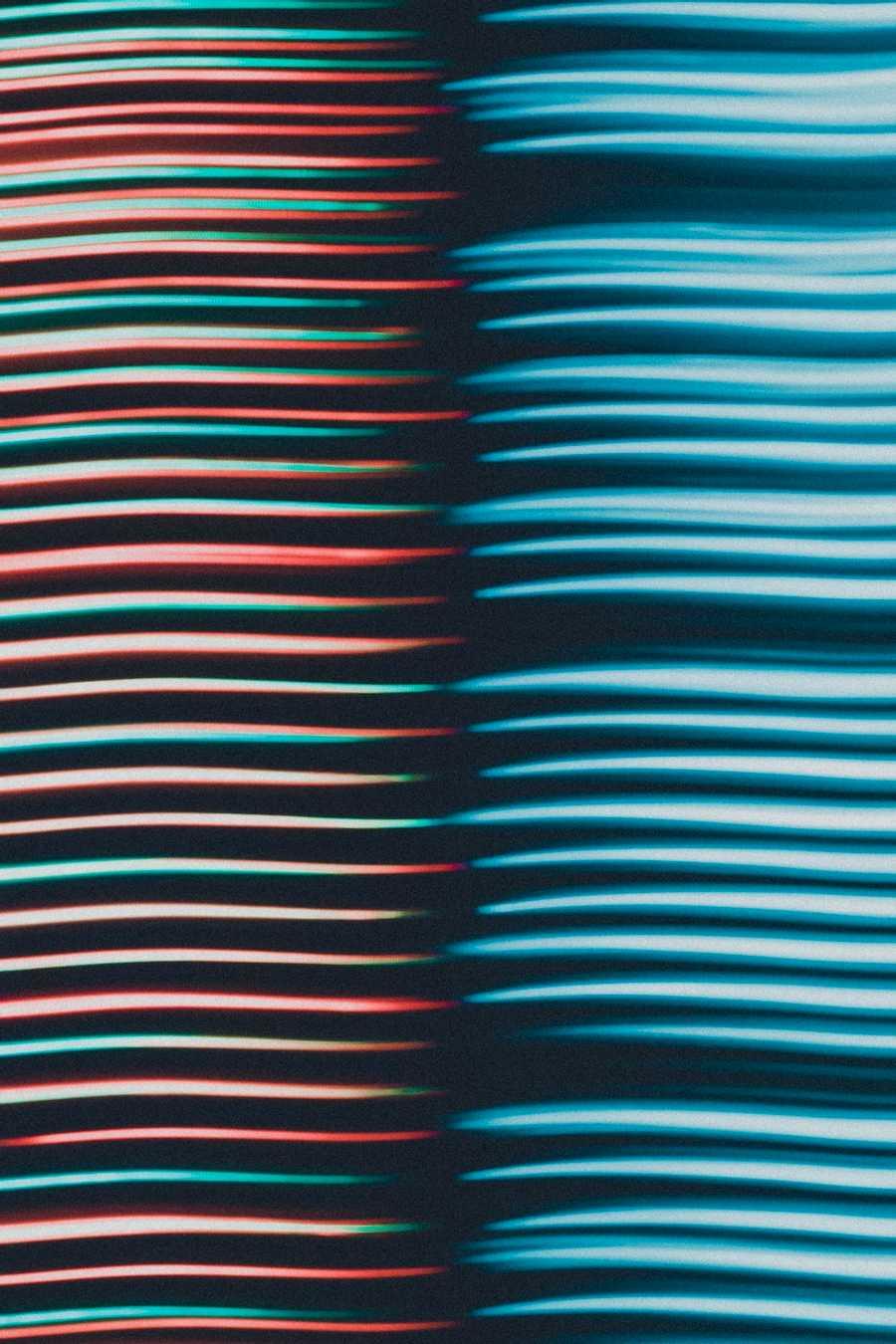 Logical fallacies are flawed, deceptive, or false arguments that can be proven wrong with reasoning. There are two main types of fallacies:

-A formal fallacy is an argument with a premise and conclusion that doesn't hold up to scrutiny.

-An informal fallacy is an error in the form, content, or context of the argument. 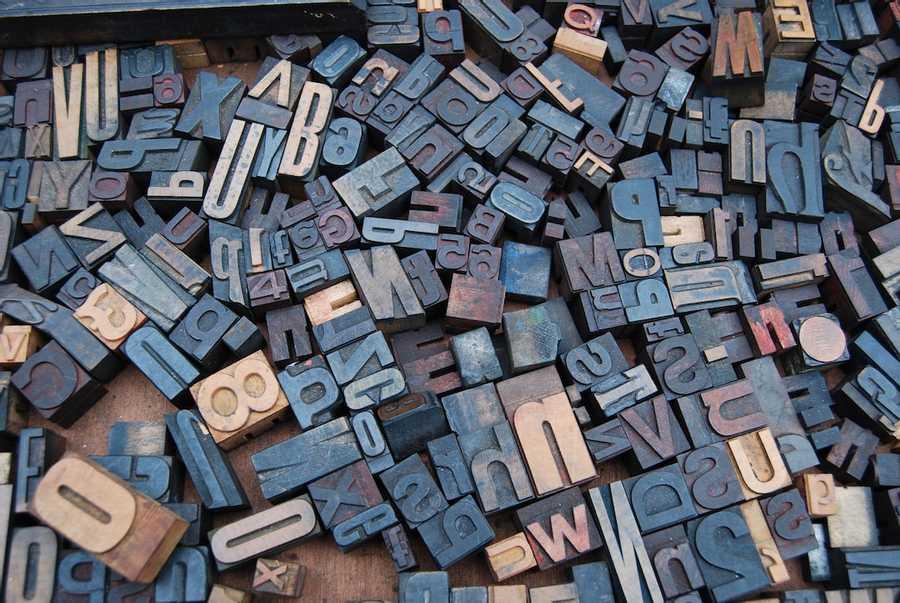 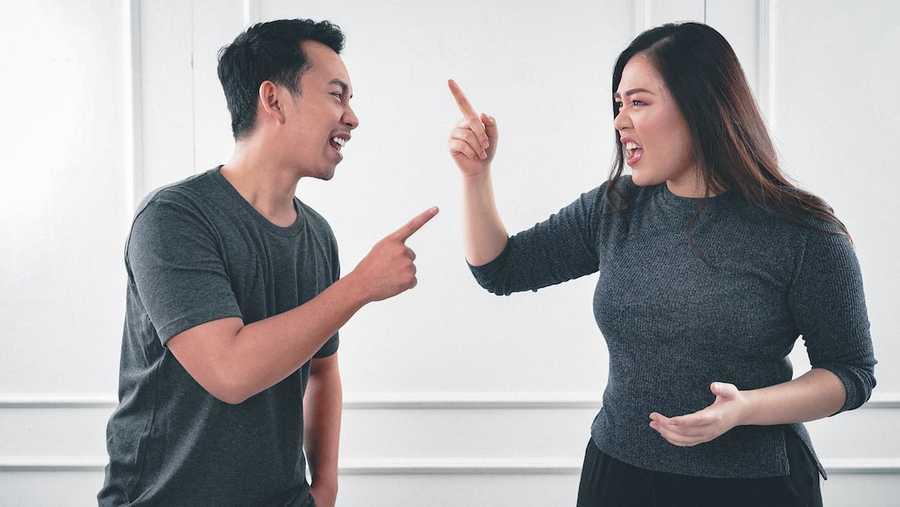 An ad hominem fallacy uses personal attacks rather than logic. This fallacy occurs when someone rejects or criticizes another point of view based on the personal characteristics, ethnic background, physical appearance, or other non-relevant traits of the person who holds it.

Ad hominem arguments are often used in politics, where they are often called "mudslinging." They are considered unethical because politicians can use them to manipulate voters' opinions against an opponent without addressing core issues. 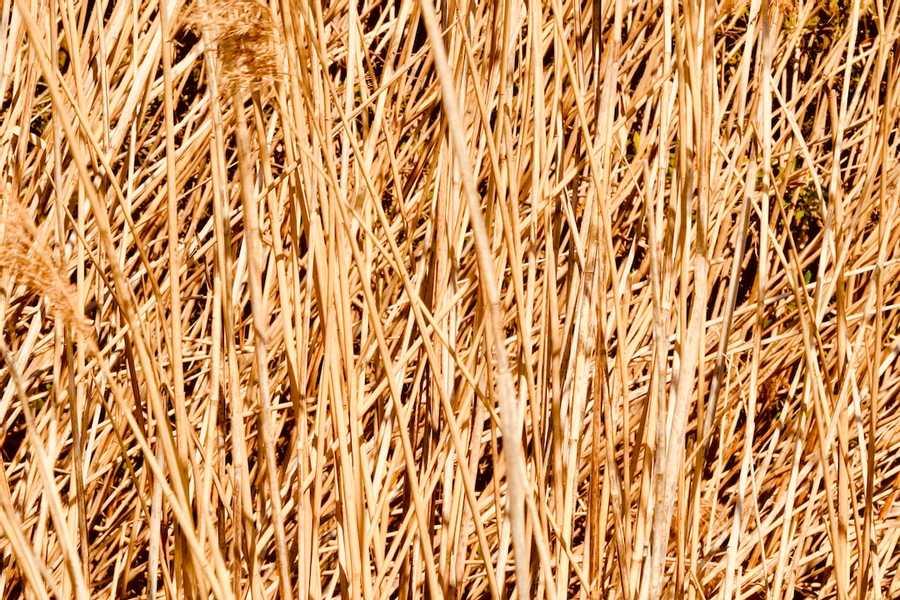 A straw man argument attacks a different subject rather than the topic being discussed — often a more extreme version of the counter argument. The purpose of this misdirection is to make one's position look stronger than it actually is.

The straw man argument is appropriately named after a harmless, lifeless scarecrow. Instead of contending with the actual argument, they attack the equivalent of a lifeless bundle of straw — an easily defeated puppet that the opponent was never arguing for in the first place. 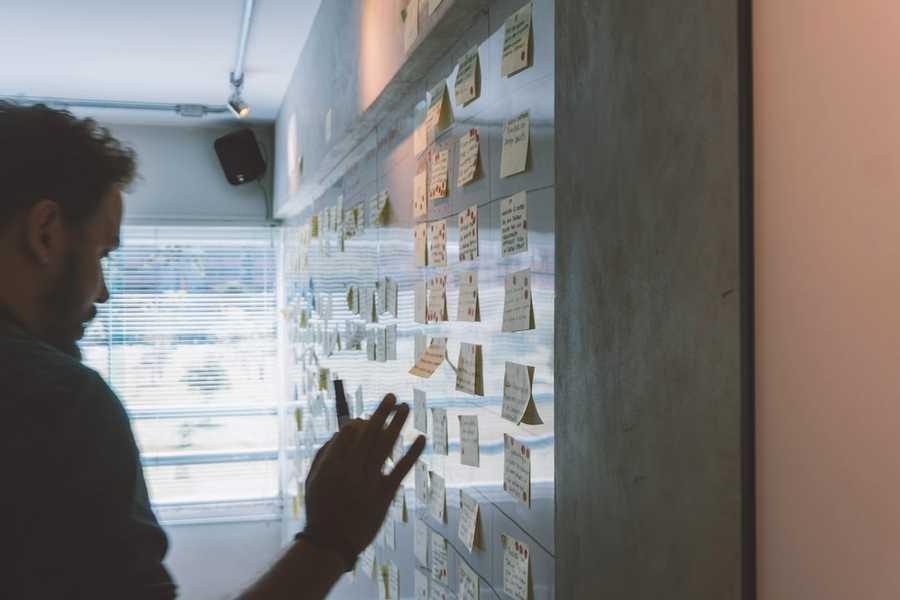 An appeal to ignorance (also known as an "argument from ignorance") argues that a proposition must be true because it has not been proven false or there is no evidence against it.

The argument can be used to bolster multiple contradictory conclusions at once, such as the following two claims:

"No one has ever been able to prove that extraterrestrials exist, so they must not be real."

"No one has ever been able to prove that extraterrestrials do not exist, so they must be real."

An appeal to ignorance doesn't prove anything. Instead, it shifts the need for proof away from the person making a claim. 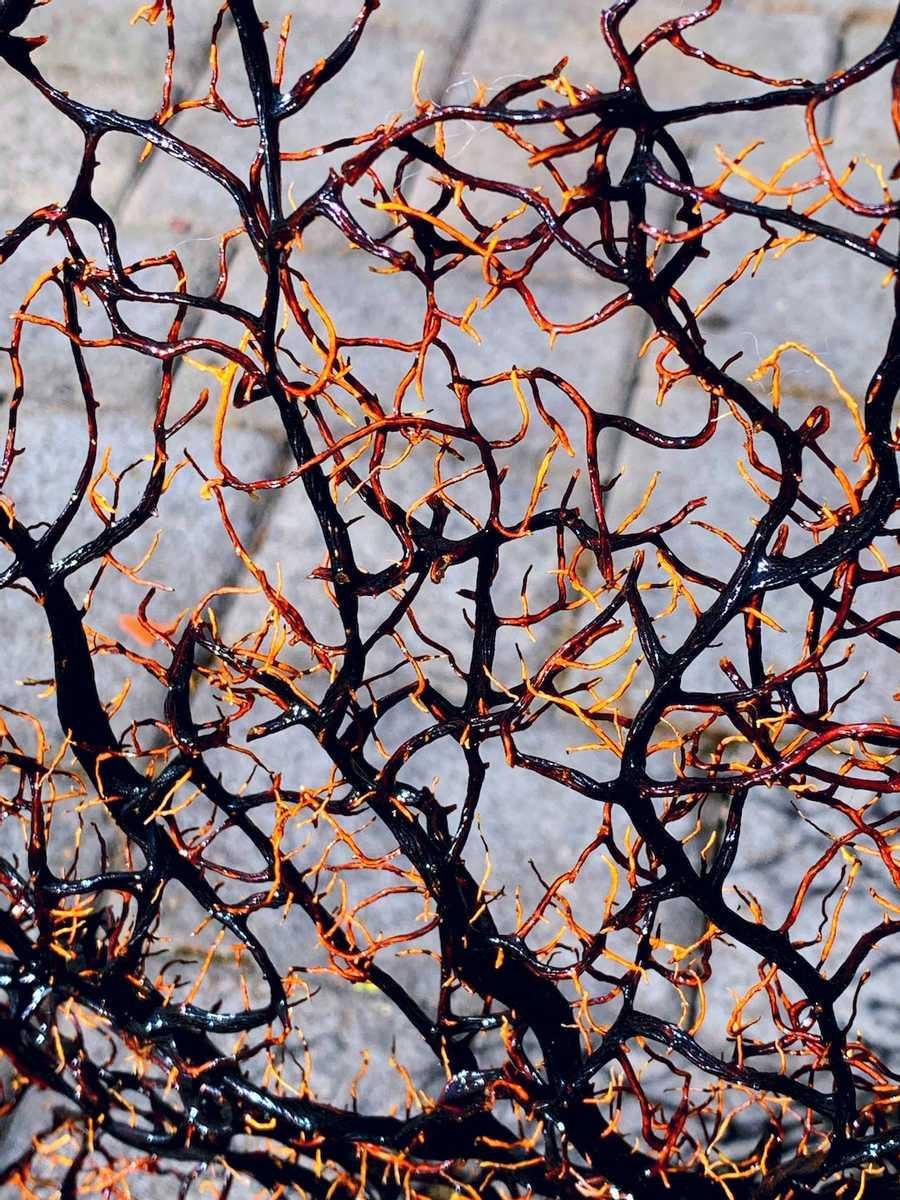 A false dilemma or false dichotomy presents limited options — typically by focusing on two extremes — when in fact more possibilities exist. The phrase "America: Love it or leave it" is an example of a false dilemma.

The false dilemma fallacy is a manipulative tool designed to polarize the audience, promoting one side and demonizing another. It's common in political discourse as a way of strong-arming the public into supporting controversial legislation or policies. 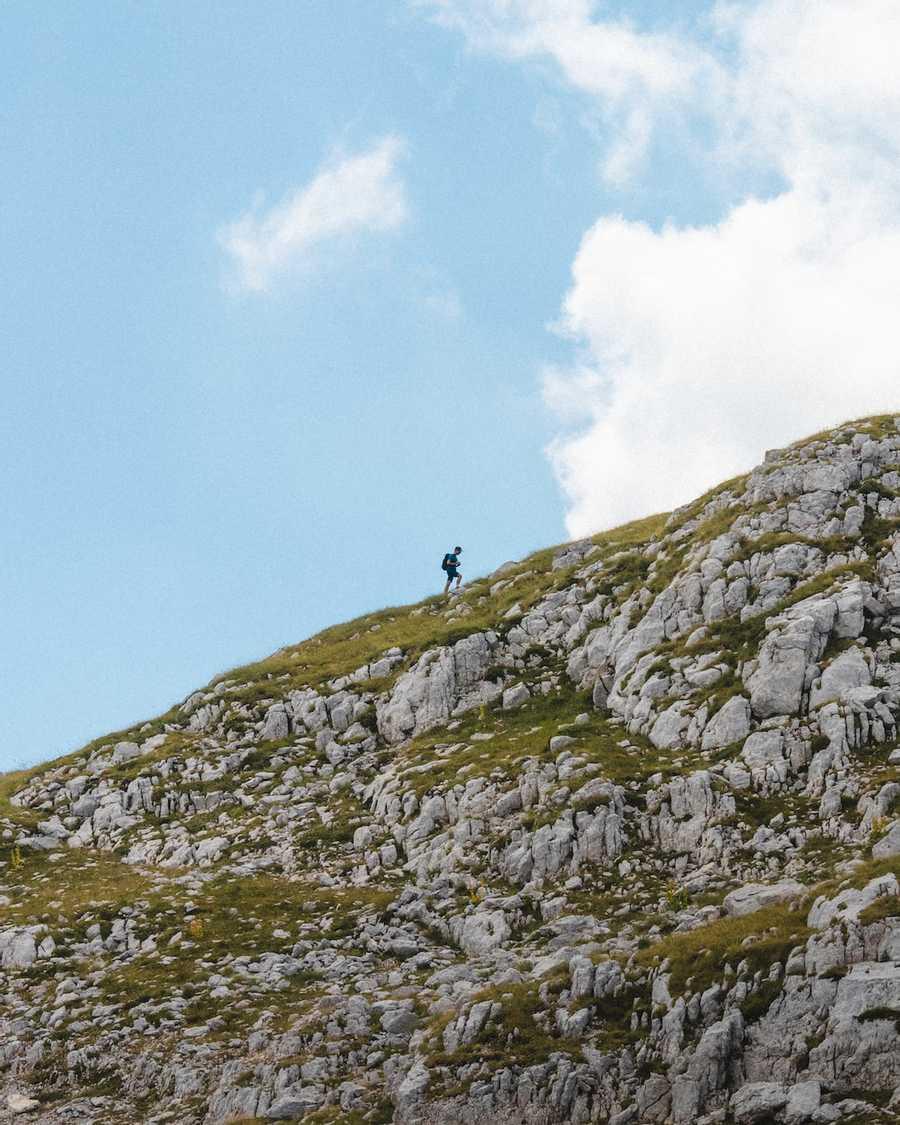 A slippery slope argument assumes that a certain course of action will necessarily lead to a chain of future events. The slippery slope fallacy takes a benign premise or starting point and suggests that it will lead to unlikely or ridiculous outcomes with no supporting evidence.

You may have used this fallacy on your parents as a teenager: "But you have to let me go to the party! If I don't go to the party, I'll be a loser with no friends. Next thing you know, I'll end up alone and jobless, living in your basement when I'm 30!" 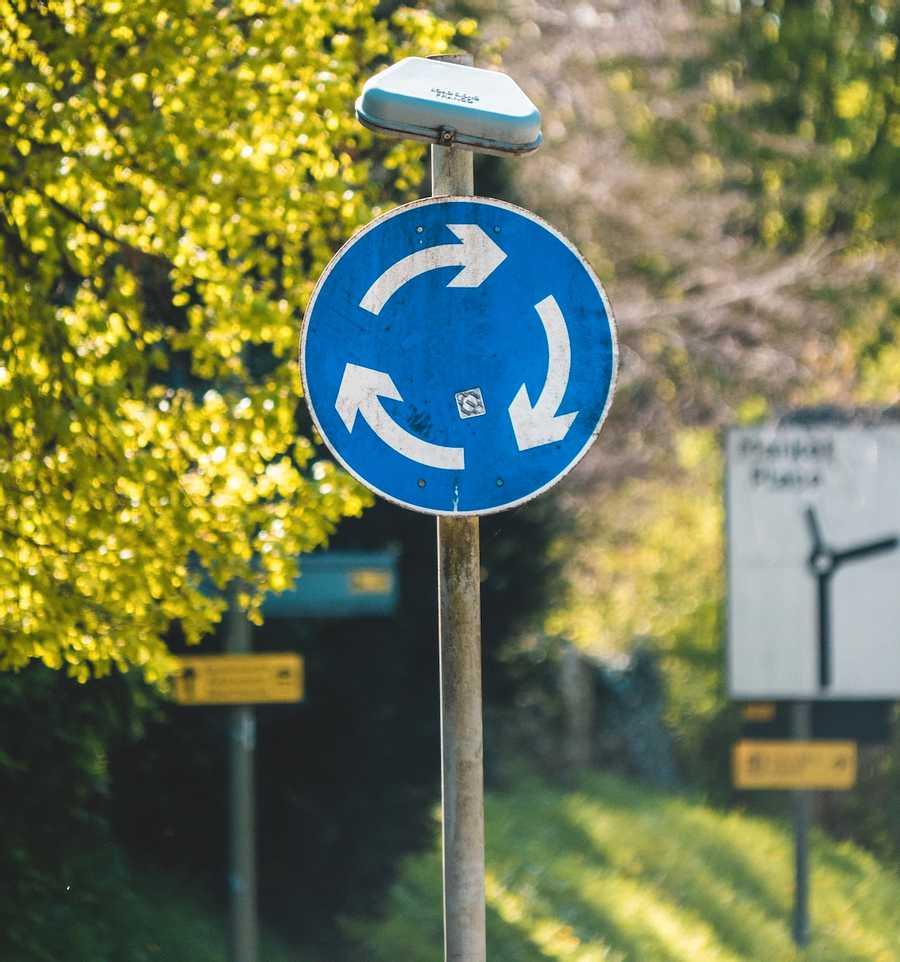 Circular arguments occur when a person's argument repeats what they already assumed before without arriving at a new conclusion. For example, if someone says, "According to my brain, my brain is reliable," that's a circular argument.

Circular arguments often use a claim as both a premise and a conclusion. This fallacy only appears to be an argument when in fact it's just restating one's assumptions. 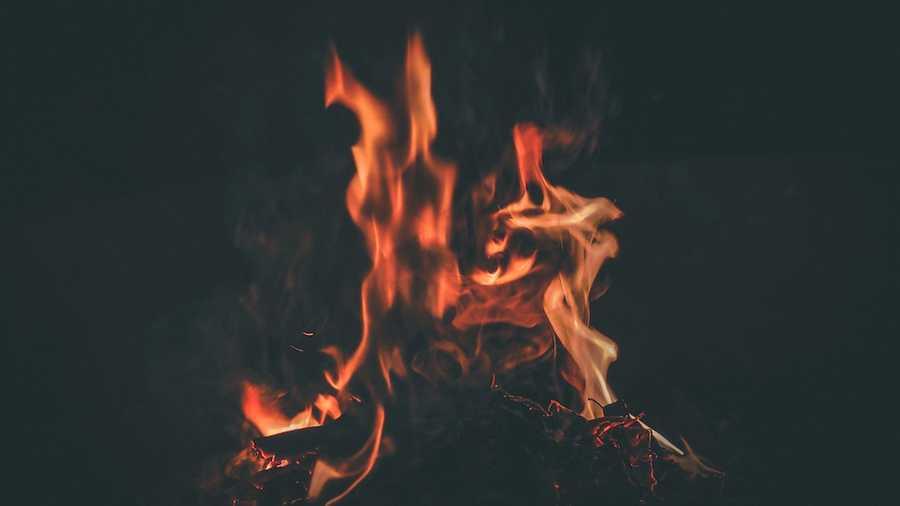 Hasty generalizations are common in arguments because there's a wide range of what's acceptable for "sufficient" evidence. 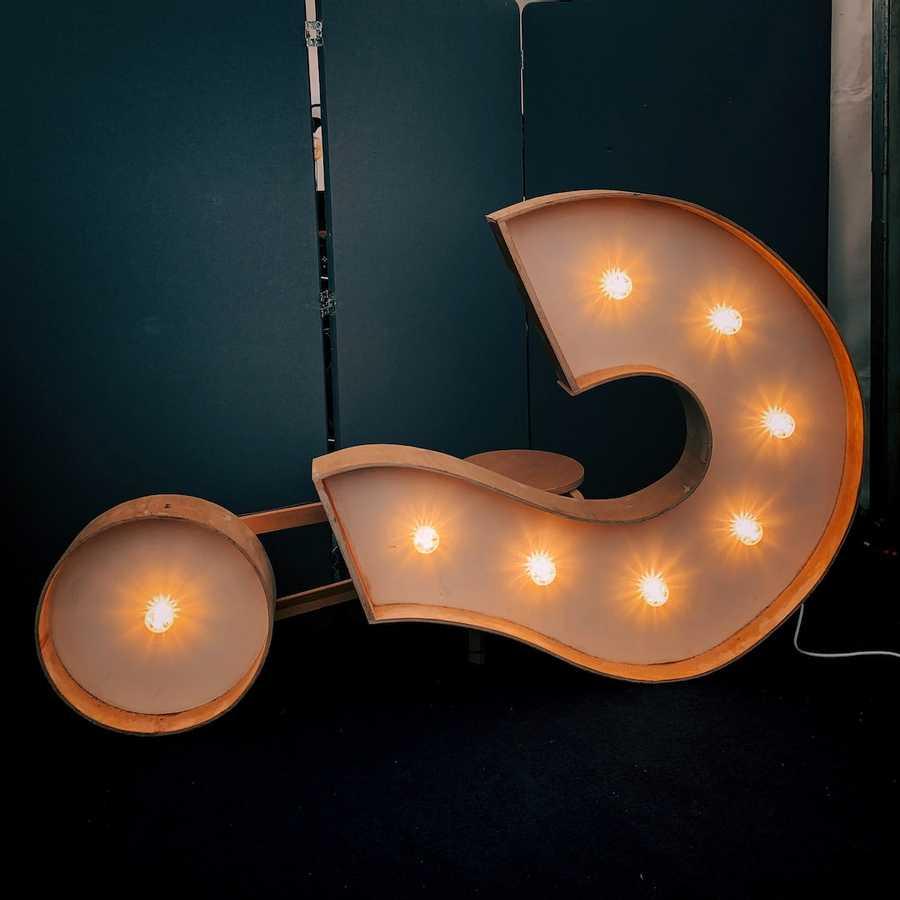 A red herring is an argument that uses confusion or distraction to shift attention away from a topic and toward a false conclusion. Red herrings usually contain an unimportant fact, idea, or event that has little relevance to the real issue.

Red herrings are a common diversionary tactic when someone wants to shift the focus of an argument to something easier or safer to address. But red herrings can also be unintentional. 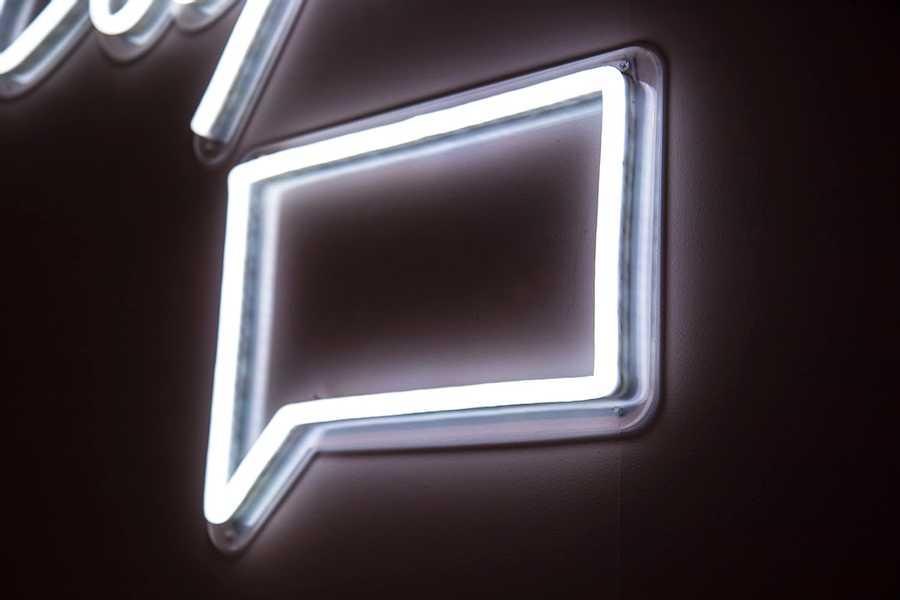 The tu quoque fallacy is an attempt to divert blame. The fallacy usually occurs when the arguer uses apparent hypocrisy to neutralize criticism and distract from the issue.

Causal fallacies are informal fallacies that occur when an argument incorrectly concludes that a cause is related to an effect. Think of the causal fallacy as a parent category for other fallacies about unproven causes. 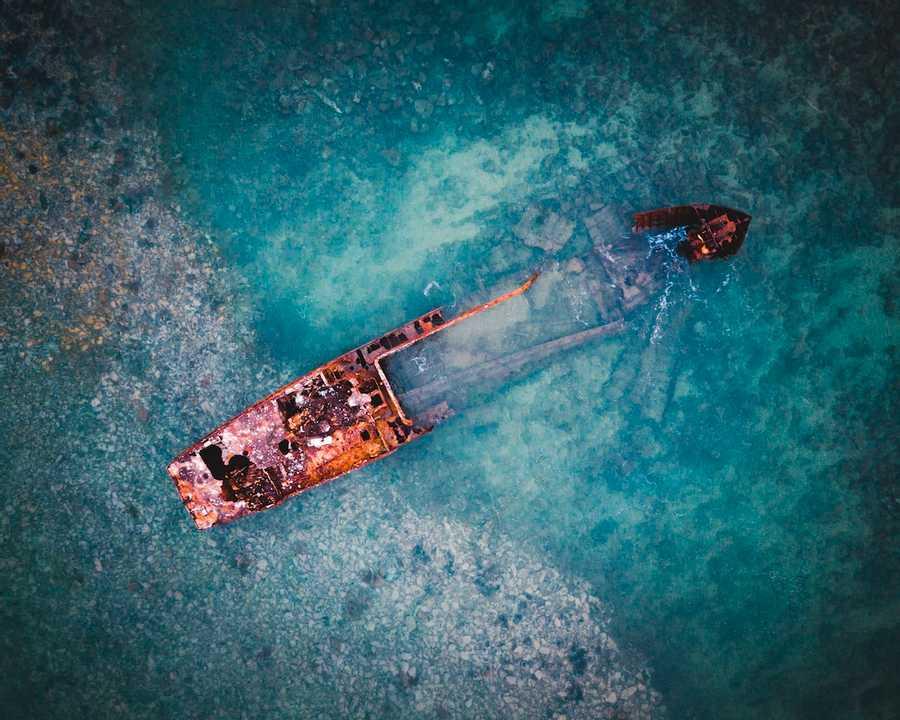 A sunk cost fallacy is when someone continues doing something because of the effort they already put in it, regardless of whether the additional costs outweigh the potential benefits. "Sunk cost" is an economic term for any past expenses that can no longer be recovered.

For example: Imagine that after watching the first six episodes of a TV show, you decide the show isn't for you. Those six episodes are your "sunk cost." A sunk cost fallacy would be deciding to finish watching anyway because you've already invested roughly six hours of your life in it. 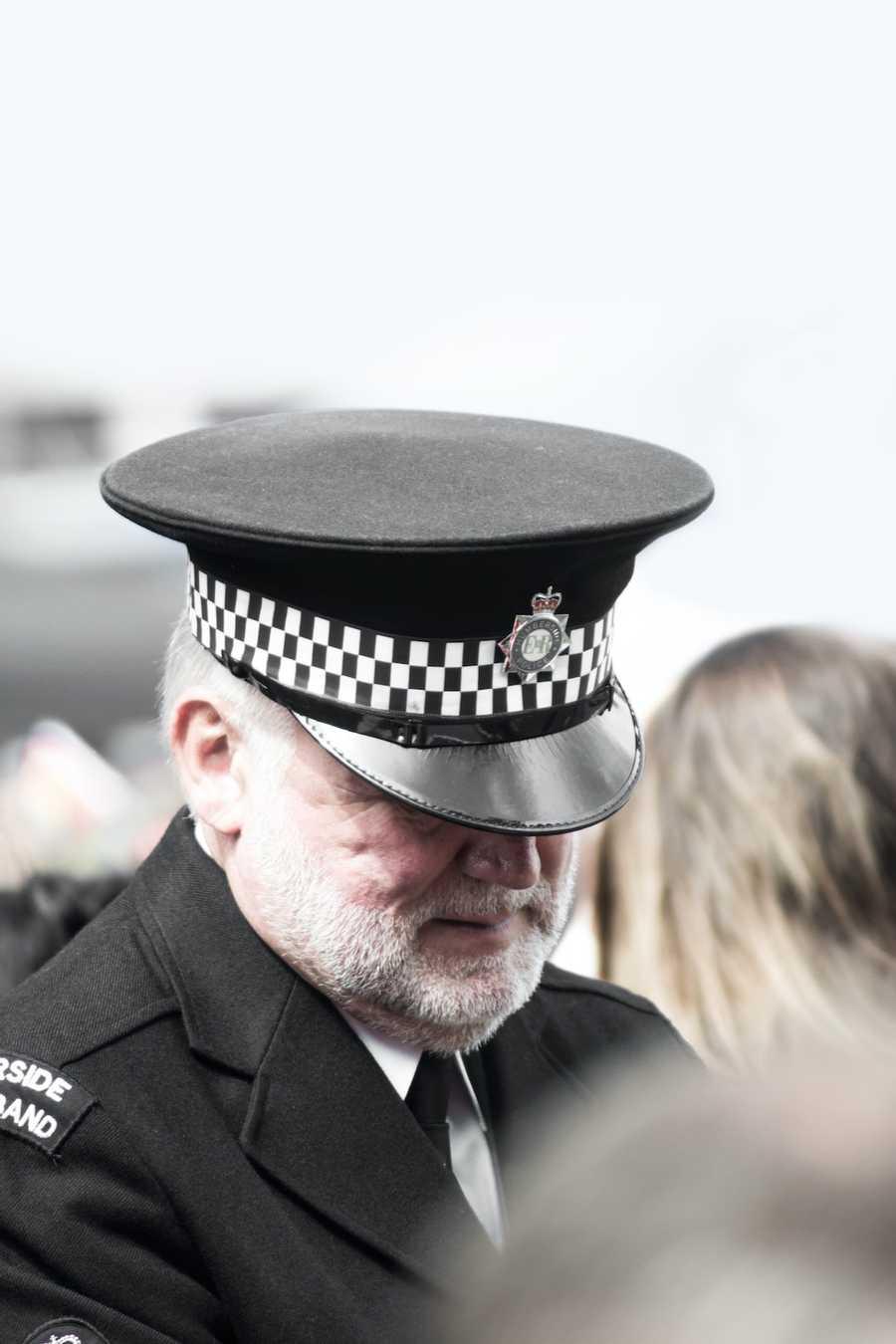 For example, citing a foot doctor when trying to prove something related to psychiatry would be an appeal to authority fallacy. 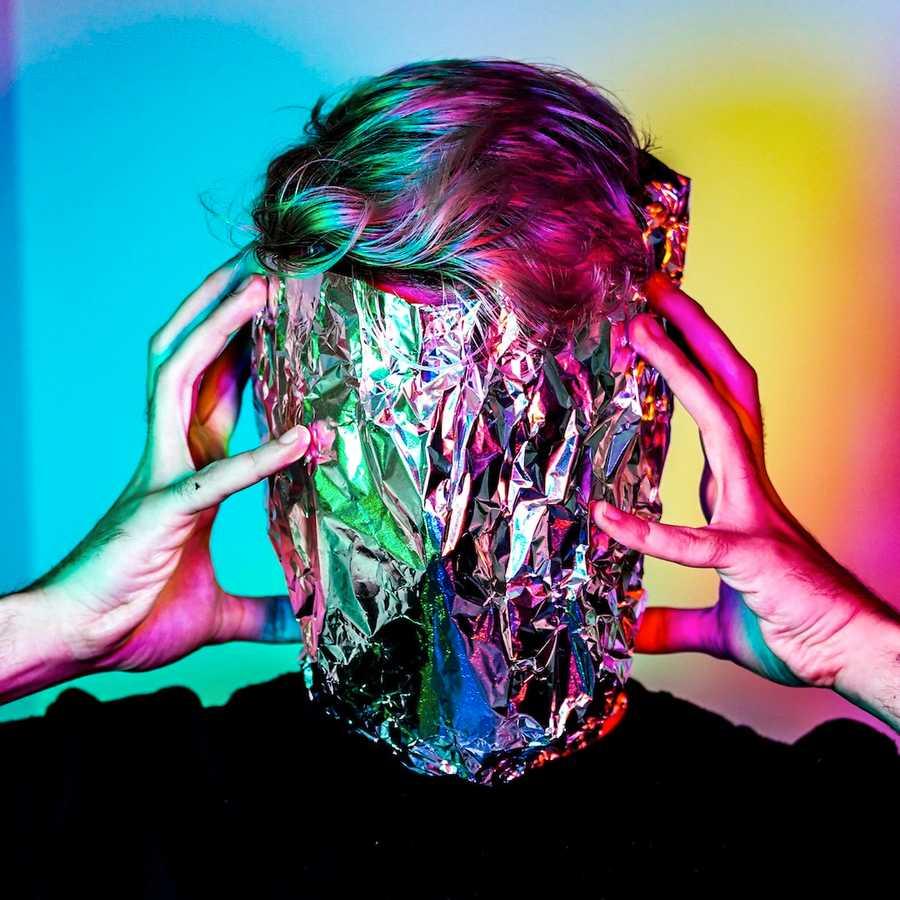 Equivocation happens when a word, phrase, or sentence is used deliberately to confuse, deceive, or mislead. In other words, saying one thing but meaning another.

When it's poetic or comical, we call this a "play on words." But when it's done in a political speech, an ethics debate, or an economics report — and it's designed to make the audience think you're saying something you're not — that's when it becomes a fallacy. 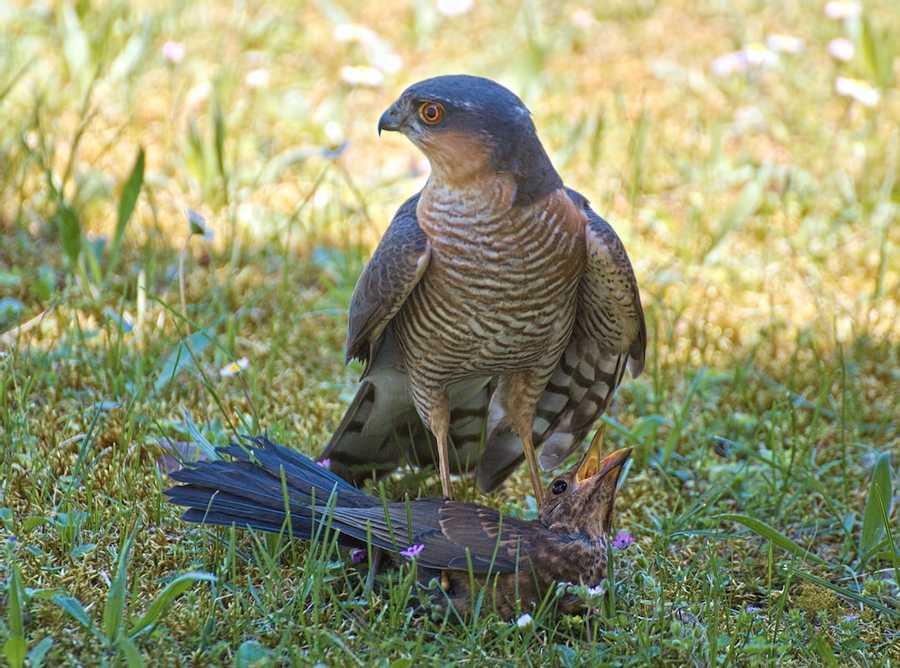 An appeal to pity relies on provoking your emotions to win an argument rather than factual evidence. Appealing to pity attempts to pull on an audience's heartstrings, distract them, and support their point of view.

Someone accused of a crime using a cane or walker to appear more feeble in front of a jury is one example of appeal to pity. The appearance of disability isn't an argument on the merits of the case, but it's intended to sway the jury's opinion anyway. 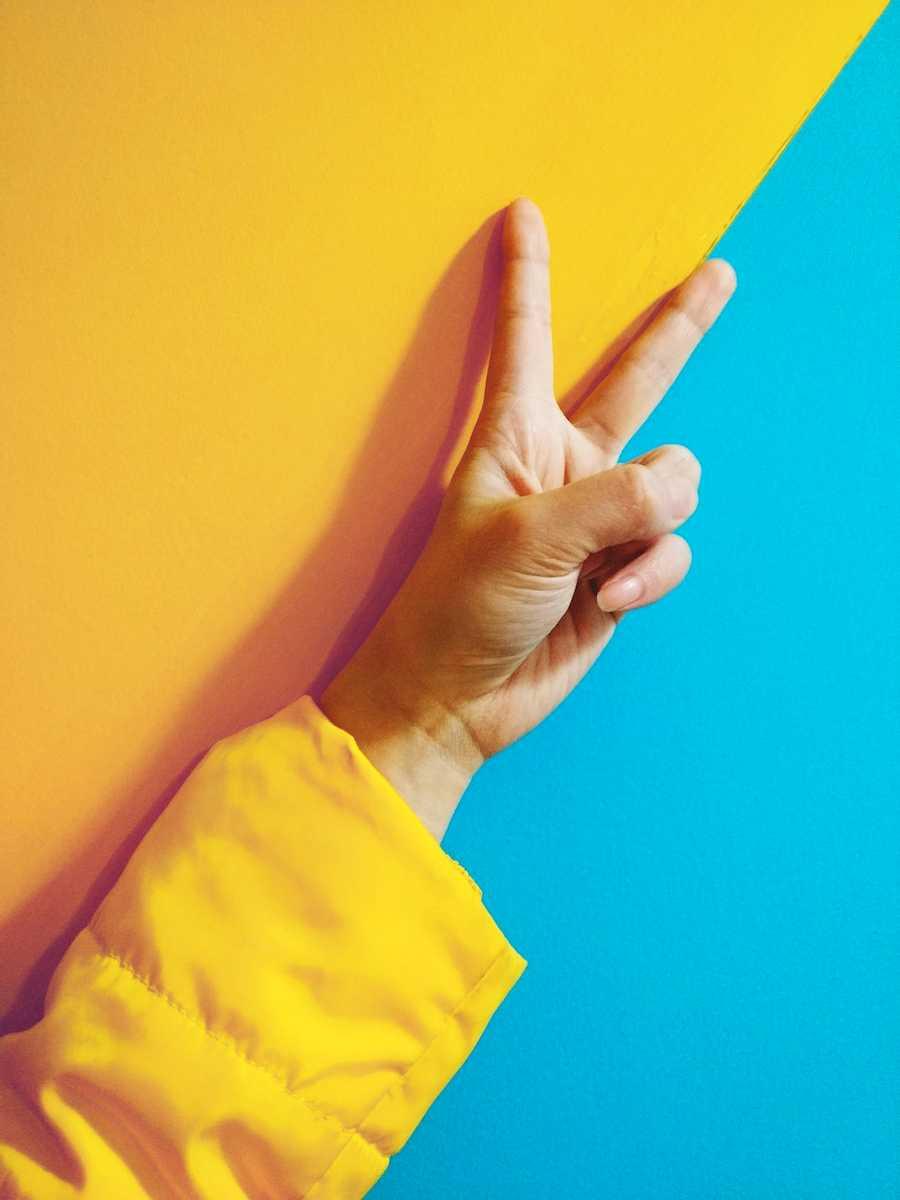 The bandwagon fallacy assumes something is true (or right or good) because others agree with it. In other words, the fallacy argues that if everyone thinks a certain way, then you should, too.

One problem with this kind of reasoning is that the broad acceptance of a claim or action doesn't mean that it's factually justified. People can be mistaken, confused, deceived, or even willfully irrational in their opinions, so using them to make an argument is flawed. 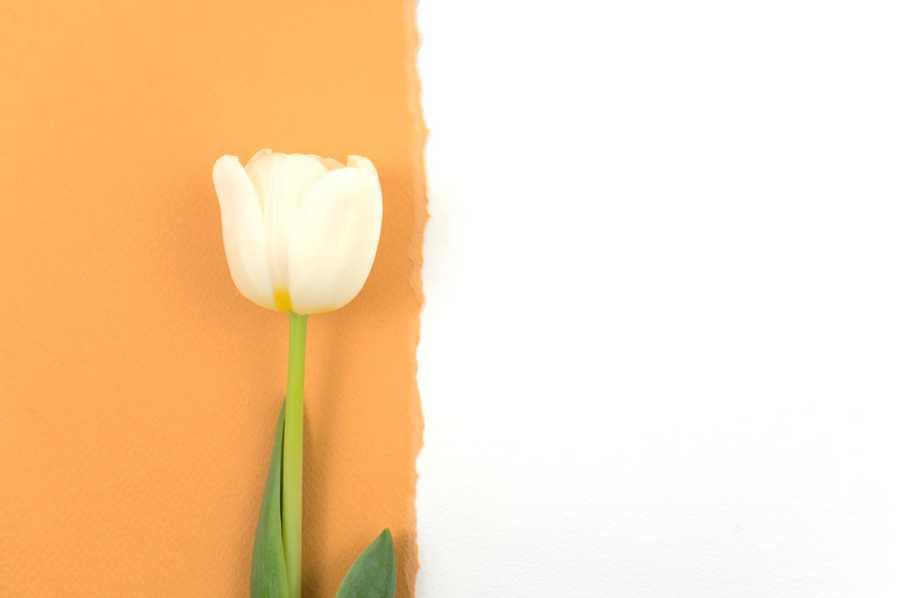 I hope this primer on logical fallacies helps you to navigate future disputes with friends, family, and online acquaintances without descending into vitriol or childish name-calling.

Knowing your logical fallacies can also help when you're working on your next research paper. You may want to brush up on controversial research topics while you're at it, so you're even more prepared.

Today is the best day of my life

8 Logical Fallacies that Mess Us All Up | Mark Manson

8 logical fallacies that are hard to spot