What is Nihilism? - Deepstash
Explore
Get Pro
For Teams 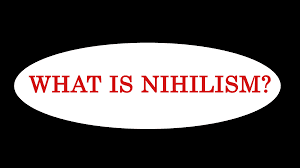 Derived from the Latin word ‘nihil’ meaning ‘nothing,’ Nihilism was quite possibly the most pessimistic school of philosophy. It was a widespread style of thinking throughout 19th century Europe. Nihilism questioned all forms of authority, including government, religion, truth, values, and knowledge, arguing that life is essentially meaningless and nothing really matters. But it wasn’t all doom and gloom – some found the idea of rejecting prescribed doctrines a liberating prospect.

One of the fundamental aspects of Nihilism was its rejection of all forms of authority. Nihilists questioned what gave one figure the authority to preside over another, and asked why there should be such a hierarchy in place at all. They argued no one should be more important than anyone else, because we are all as meaningless as each other. This belief has led to one of the more dangerous strands of Nihilism, prompting people to wage acts of violence and destruction against the police or local governments.

In the wake of the Enlightenment, and its subsequent discoveries of ration and reasoning, German philosopher Friedrich Nietzsche argued that Christianity no longer made sense. He argued that a totalizing system that explained all truths about the world was a fundamentally flawed system, because the world is so complex, nuanced, and unpredictable.

Nihilism argued that nothing had any meaning, and there was no higher purpose or calling in life. It’s a pretty depressing attitude, defined by pessimism and skepticism. And at times this attitude has led to wanton acts of violence and extremism.

Nietzsche believed we should accept the fear and uncertainty of the unknown, in order to pass through it and find a new higher calling.

Towards the 20th century, the doom and gloom attitude of Nihilism softened. It eventually evolved into the less anarchic style of Existentialism. While Existentialists shared some of the skepticism about power systems and religion as their predecessors, they also believed the individual had the power to find their own purpose in life. From Existentialism, Absurdism emerged. The Absurdists argued that the world might well be chaotic, turbulent and absurd, but we could still celebrate it, or perhaps even laugh, but only in a wry, cynical way.

“It is a self-deception of philosophers and moralists to imagine that they escape decadence by opposing it. That is beyond their will; and, however little they acknowledge it, one later discovers that they were among the most powerful promoters of decadence.”

-Friedrich Nietzsche, The Will to Power

What Is Nihilism | Philosophy Definition

What Is Nihilism | Philosophy Definition

These ideas of philosophy are profoundly great for people who doubt out existence.

50 Nihilism Quotes About The Implications of Nothingness

50 Nihilism Quotes About The Implications of Nothingness