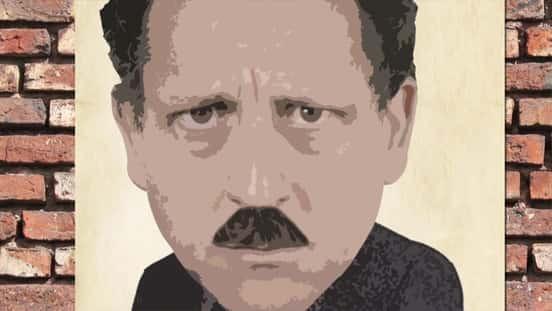 Eric Arthur Blair (1903 – 1950), known by his pen name George Orwell, was an English novelist, essayist, journalist and critic. His work is characterized by lucid prose, social criticism, opposition to totalitarianism, and support of democratic socialism.

Blair was born in India, and raised and educated in England. After school he became an Imperial policeman in Burma, before returning to Suffolk, England, where he began his writing career as George Orwell—a name inspired by a favorite location, the River Orwell. (Wikipedia) 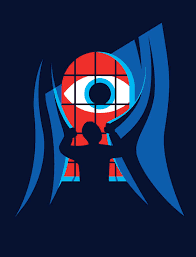 The story unfolds on a cold April day in 1984 in Oceania, the totalitarian superpower in post World War II Europe. Actually, “Oceania” is a little too broad, seeing as the superstate encompasses the continents formerly known as the Americas, Australia, parts of Africa, and the British Isles. 1984 takes place on those Isles, now referred to as “Airstrip One.”

Big Brother is there to remind all the Party members and citizens of Oceania not to step out of line. 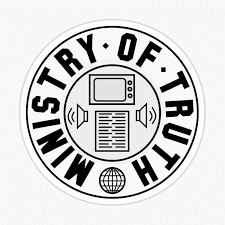 In this bleak backdrop, we find Winston Smith. He’s employed as an editor in the records department at the Ministry of Truth, one of the divisions of The Party created to push government propaganda (so, not truth). The Ministry of Truth deals in “Newspeak,” a Party-approved language system specialized in rewriting plain English into catchy slogans like “War is Peace,” “Freedom is Slavery,” and “Ignorance is Strength.” 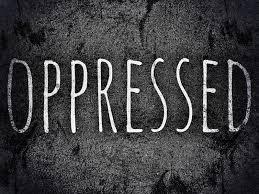 Winston at Home and Work

Winston Smith is depressed and oppressed. He starts a journal of his rebellious thoughts against the Party. If discovered, this journal would be considered a “thoughtcrime”—hence why Big Brother is always watching—and would result in his execution.

At work, Winston becomes curious about Julia, a machine-operator in the Fiction Department. The two begin a secret love affair.

As Winston and Julia fall deeper in love, Winston finds that his views about their government (the Party) change. 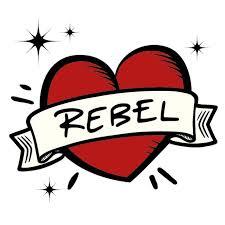 Winston is drawn to the revolutionary "Brotherhood,” because, well, they're revolutionary. The Brotherhood is supposedly a group of dissidents led by the mysterious Emmanuel Goldstein.

In reality Emmanuel Goldstein is just be a fictitious “enemy of the state” created by The Party to help them rally citizens against “thought criminals.” Eventually, Winston makes contact with O'Brien, who Winston thinks is a member of the Brotherhood, but who in actuality is a member of the Thought Police. 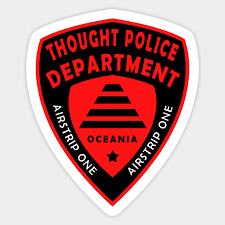 Winston and Julia are apprehended by the Thought Police. The happy couple is then brought to the Ministry of Love, where criminals and opponents of the Party are tortured, interrogated, and "reintegrated" before their release and ultimate execution. O'Brien runs the show as far as Winston's torture sessions are concerned. 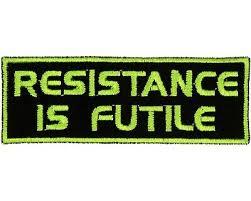 Months after being arrested, poor Winston Smith is sent to Room 101, where every person who enters is faced with their greatest fear. For Winston, it’s rats. Musing on the impending rats-chewing-on-his-face scenario, Winston calls out, "Do it to Julia!" That's pretty much what O'Brien was looking for, so Winston gets to go back to being a happy member of the rat race. Released, Winston's heart is filled with love for the Party. Even when he and Julia meet again by chance at the Chestnut Tree Café, they feel apathetic towards each other. He has been successfully converted and destroyed. 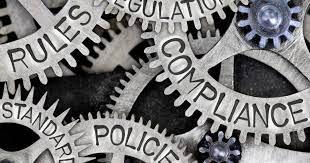