What does Wi-Fi stand for? - Deepstash
Explore
Get Pro
For Teams 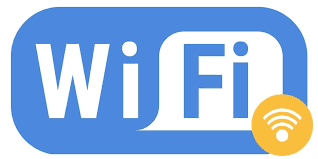 Wi-Fi became a ubiquitous technology in laptops more than a decade ago and the phrase is in daily use. Now the wireless networking technology can be found in our watches, phones, televisions and smart speakers. We know what it means, but what does Wi-Fi stand for?

For many people the term Wi-Fi is now synonymous with “Internet”. But to be accurate it’s just a wireless connection standard. If you’re using a wireless device then Wi-Fi may be bringing you your internet connection, but it is not the internet.

Wi-Fi is essentially a very advanced digital radio using frequencies between 2 gigahertz and 5 gigahertz in the electromagnetic spectrum, which is around the same area as microwave ovens.

Wi-Fi doesn’t stand for anything. It is not an acronym. There is no meaning.

A wireless network called ALOHAnet was created in 1971 that connected the Hawaiin islands. Ethernet and Wi-Fi can trace some of their history back to that.

It became so popular that eventually the Institute of Electrical and Electronics Engineers (IEEE) created the 802.11 standard that we now know as Wi-Fi. In 1999, the Wi-Fi Alliance formed as a trade association to trademark Wi-Fi.

So How Did "Wi-Fi" Come About?

The simple truth is that the Institute of Electrical and Electronics Engineers (IEEE) needed a name for their standard that would be easier to remember than “IEEE 802.11b Direct Sequence”. So they hired the marketing agency Interbrand to name it and were given the choice of 10 options.

The organization did, in the early days of Wi-Fi, include the tag line “The Standard for Wireless Fidelity”. Because board members found it hard to imagine having a name that didn’t mean anything and wanted to subsequently explain the name that had been invented for them, but the line was quickly dropped.

“Pay attention… How a person handles poor cell service, traffic, and spotty wifi is a good indicator of how they’ll behave during relationship challenges.”

What Does Wi-Fi Stand For?

Why is my internet so slow?

Why is my internet so slow?

What's cellular about a cellphone?

What's cellular about a cellphone?