How Solar Eclipses Work - Deepstash
Explore
Get Pro
For Teams 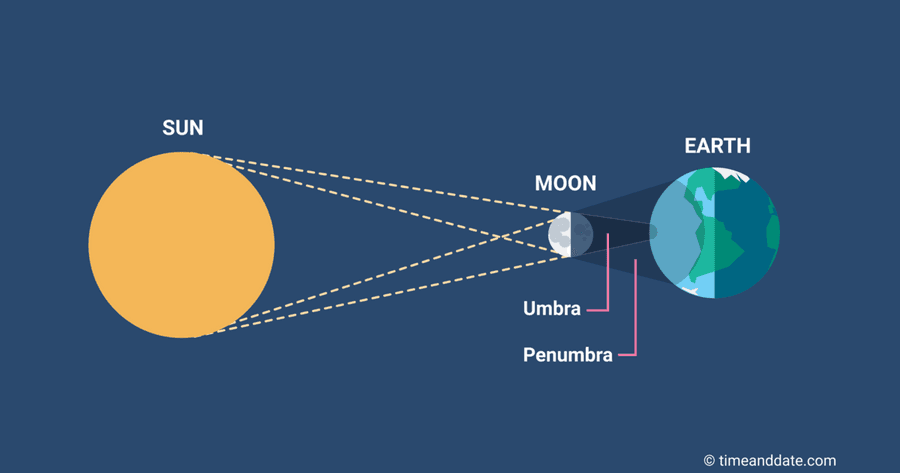 A solar eclipse is when the moon passes between the Earth and the sun. The moon's shadow falls on the Earth's surface and blocks out the sun's light as we see it from the Earth.

The moon crosses the Earth's orbital plane only twice a year because the moon orbits the Earth at an angle. For an eclipse to take place, the moon must be in the correct phase. For a solar eclipse, it must be a new moon.

There are three types of solar eclipses:

How to Watch for Solar Eclipse

The best way to observe the sun is by projecting the image.