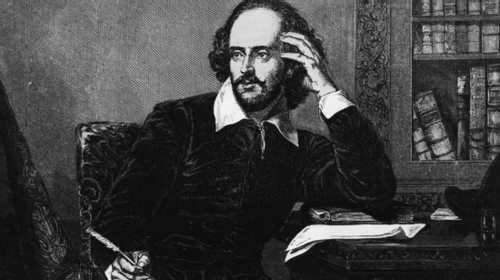 5 People Who Were Amazingly Productive In Quarantine

Since the WHO declared the new virus a pandemic and officials have urged people to stay home as much as possible, many Americans have suddenly found themselves with more free time and limited ways to spend it.

If you want to use this time to be productive, you have many historical role models to choose from.

William Shakespeare was an actor and shareholder with The King's Men theater troupe when the bubonic plague forced London theaters to close.

The theater industry was out of action for much of 1606. After suddenly finding himself without a steady job and lots of free time, Shakespeare wrote King Lear, Macbeth, and Antony and Cleopatra before the year was over.

In 1665, during one of the last major outbreaks of the bubonic plague in England, classes at Cambridge University were canceled, and Newton had to retreat to his family estate.

With zero structure, the young mathematician produced some of his best work during his year in quarantine, writing papers that would become early calculus and developing his theories on optics while playing with prisms in his bedroom. The theory of gravity also germinated during this time.

Norwegian Expressionist artist Edvard Munch contracted the Spanish Flu at the beginning of 1919.

As soon as he felt physically capable, he gathered his painting supplies and began capturing his physical state.

Thomas Nashe was an Elizabethan playwright who gained fame around the same time as William Shakespeare.

When the bubonic plague hit London in 1592, Nashe fled to the English countryside to avoid infection. During this time he wrote Summers' Last Will and Testament, a play that reflects his experiences of the pandemic.

When the bubonic plague hit Florence in 1348, writer and poet Giovanni Boccaccio fled the city and stayed in the Tuscan countryside.

During this period, he wrote The Decameron, a collection of novellas framed as stories a group of friends tells each other while quarantined.

Here's What Buyers Look for in SaaS Businesses