History of Northeast India - Deepstash
Explore
Get Pro
For Teams 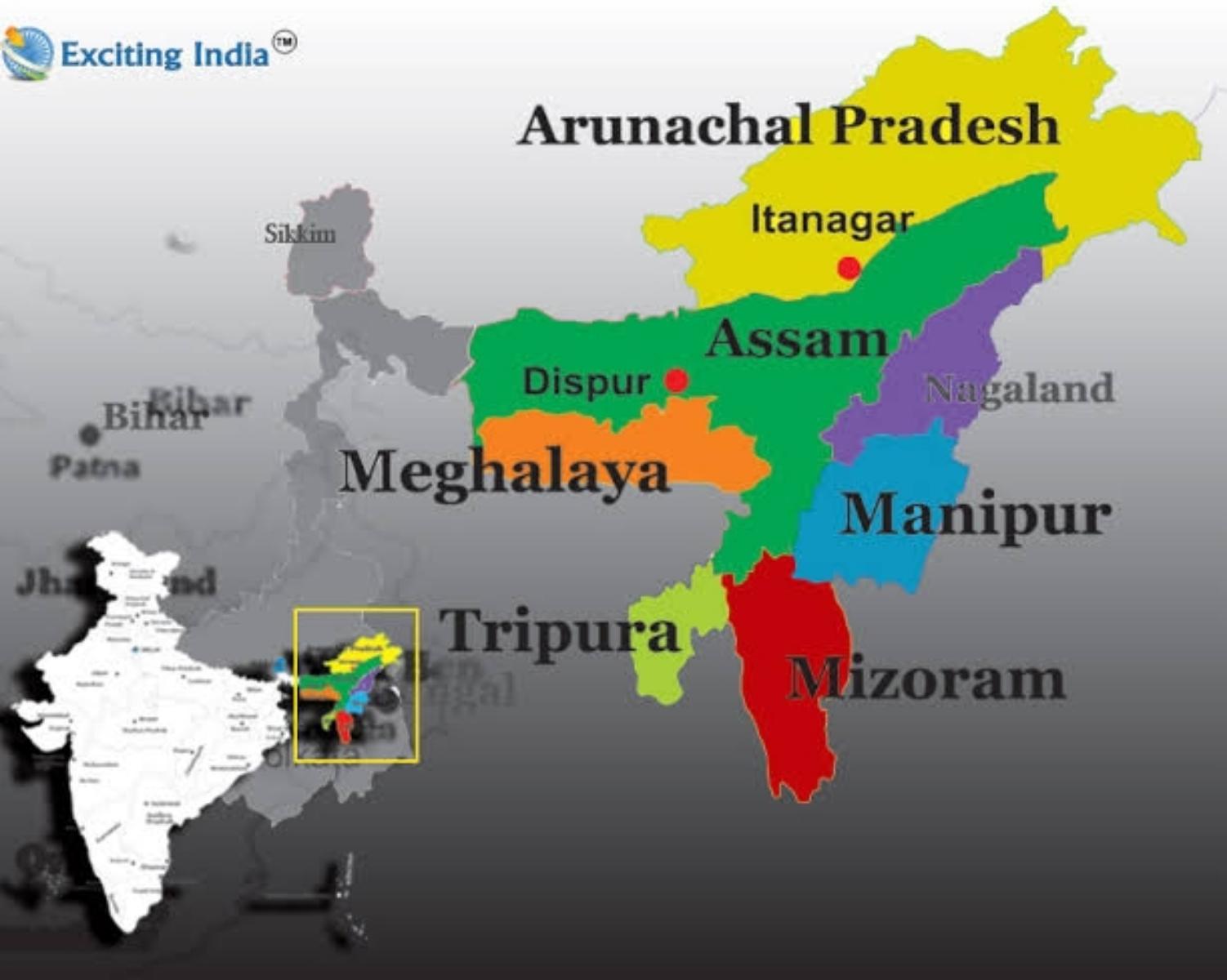 Northeast India originated in the 19th century during British rule in India. Between 1839 and 1873, it was a part of the Bengal Province. After India became independent in the year 1947, the Northeastern region consisted of Assam, Manipur and Tripura.

Eventually, the other states were formed from the larger region of Assam. Shillong was the capital of Assam during British Raj. Later in the year 1972, Meghalaya was formed and Shillong became the state capital. Finally, Assam’s capital was shifted to Dispur.