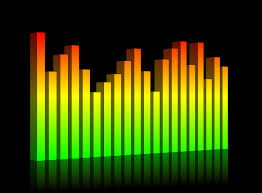 The next time you set a deadline, try placing a rush deadline for easier tasks and set your deadline far out for more difficult projects.

How to Make Deadlines Less Stressful and More Motivational

Turn deadlines into a game

It is naturally harder for us to concentrate on a task or measure progress on a project when we're bored.

To overcome this, turn the task into a game and include rewards, to make it more fun and motivating.

The Yerkes-Dodson law states that the more mental arousal there is in doing a task, the more efficient a person becomes. After you get to a certain threshold, your performance begins to decrease.

An appropriate quantity of stress should inspire increased productivity.

A way to create less stressful deadlines is to break large projects into smaller tasks. Set a deadline for each task instead of just one final deadline.

Regularly spacing the deadlines out will give a sense of moving forward, which can motivate you to complete the task.

If you lack motivation and don't manage to meet your deadlines, try to set a more pressing deadline for yourself. This will give you a sense of urgency to complete the task.

While we recognize our own procrastination and try to curb it via self-imposed deadlines, these aren't always as effective as deadlines set for them by others.

If you don't have a boss or project sponsor who's setting deadlines for you, it might be worth asking someone to become your accountability partner.

You probably make internal deadlines. Here are 6 quick tips to meet them

Why deadlines are effective

The term 'planning fallacy' was coined in 1977 and deals with how most of us are terrible at estimating how long a project will take. We are overly optimistic but terrible at predicting the future. If the project has a budget, we may underestimate that expense too.

The Sydney Opera House was commissioned in 1957 and had an expected completion date of 1963. The budget was 7 million Australian dollars. After the plan had been scaled back, it was completed in 1973 at the cost of $102 million.

Our Brains Make Us Way Too Optimistic About Meeting Deadlines. Here’s How to Work Around That