What is Nash Equilibrium? - Deepstash 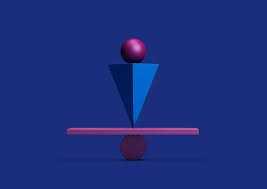 What is Nash Equilibrium?

It is a concept in game theory in which every participant in a noncooperative game can optimize their outcome based on the other players’ decisions.

Nash equilibrium is achieved in a game when no player has any incentive for deviating from their own strategy, even if they know the other players’ strategies.

In economic theory, it is used to illustrate that decision-making is a system of strategic interactions based on the actions of other players. It can be used to model economic behavior to predict the best response to any given situation.

How to Find Nash Equilibrium

To find it, share each player’s strategy with every other player. If the players do not change their strategies, you have found the Nash equilibrium.

Example: Battle of the sexes

A man and a woman are hoping to attend an event together, but they must choose between a prizefight or a ballet.

How to Develop a Content Marketing Strategy in 6 Steps

How to set up a crypto wallet