The Statistic Hook - Definition - Deepstash
Explore
Get Pro
For Teams 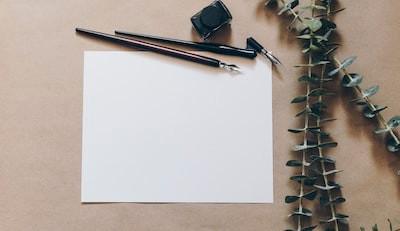 How to Write a Hook

A statistic hook can be used for more informational pieces of writing. The writer uses a quote from a source that relates to the main idea of the paper, but the quote must have some type of statistics, such as numbers, decimals, and/or percentages. The meaning and relationship of the quote to the paper needs to be explained afterwards just in case the reader does not quite understand.

Some people want it to happen, some wish it would happen, others make it happen” said Michael Jordan, arguably the best player to ever play in the NBA. Here, Jordan talks about how people want, dream, wish, and pray that they will one day make it to the big stage. These are usually the people that never make it. It is only when these dreamers and wishers take matters into their own hands and strive to be the best that they actually get to play professional basketball in the NBA.

A quotation hook is when a quote is used and explained that has relevance to the topic at hand. Make sure this quote comes from a credible source. Also, talk about the quote’s meaning afterwards to ensure that the reader isn’t confused.

Both men and fish get into trouble when they open their mouths.

A question hook is when you ask the reader something that they can visualize and try to think of in their own minds. Then, the writer answers the question.

Example: “Just 0,00545% of the 550.000 boys playing high school basketball each year in the United States become a first-round draft pick — 1 in 18.333” stated Jeff Rabjohns, a writer for The Indianapolis Star, in an article titled “Prep players face long odds of making it to NBA.” Basically, only a few high school players will make it to the NBA. Even though there are many that strive, play, train, practice, and fight to be great, a huge majority of them do not make it.

A hook (or narrative hook) is an opening statement (which is usually the first sentence) in an essay that attempts to grab the reader’s attention so that they want to read on.

It can be done by using a few different types of hooks, which are a question, quote, statistic, or anecdote. Be mindful that the hook has to be related to the overall topic of the paper.

Have you ever watched the high-flying, jump shooting, slam dunking, ankle breaking players that play in the NBA? Every time I catch a game on television and I witness the thrill of the game, I can’t help but watch another one.

When a writer uses a short story to relate to the topic and gain the reader’s attention, they are using an anecdote. This story can be a short, personal story or one that is a figment of your imagination. Make sure that it relates to the main idea of the paper. Show the relevance that it has to the topic of the paper.

One day, I mustered up the courage to ask his about his ambitions, and he told me that he gets up at 5:30 a.m. to go to the gym and practice hard until my team comes in for practice. A few years later, this guy was entering the NBA draft from high school. When I saw him get drafted by the Philadelphia 76ers, I knew exactly why. All that hard work had paid off for him. This is the hard work ethics and mindset that everyone that wants to make it to the NBA should have.

When I was in high school, I remember playing in an AAU basketball league. We had to travel to downtown Philadelphia on the weekends for basketball practice. Each and every time we had basketball practice (which was at 8 a.m.), there was a boy around my age in the gym by the time we arrived. He was always covered in sweat, throwing up shots, practicing his layups, practicing his dribbling, and running laps around the gym. He was in such great shape.

For fishermen and fish alike. (We are all both.)

A Guide to Writing a Personal Statement for Grad School Applications

The 101 Most Inspirational Basketball Quotes | Planet of Success

The Chamberlain Effect: Why We Make Bad Decisions, Even When We Know Better.