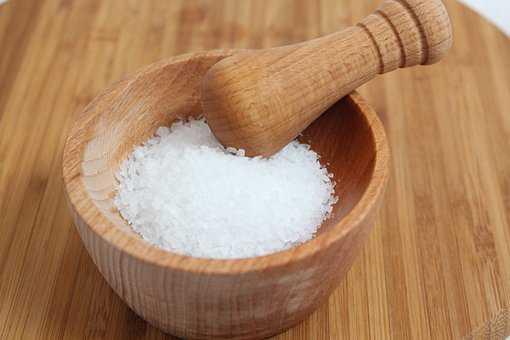 One of the oldest foods in the world, salt is not as much a flavour in itself as it is an enhancer, bringing out the flavors in all kinds of foods. It makes noodles, watermelon, meat, and all other kinds of food taste richer and generally better.

Humans crave salt as it has the chemicals we need to survive in the ionic compound composed of sodium and chlorine.

A Guide to Salt, the World’s Most Popular Food

The standard cubic crystal salt is known as table salt, with the small and even crystals making it flow from the container easily.

Salt is harvested from ocean water, and now increasingly from salt mines, like the Himalayan Pink Salt mine called Khewra in Pakistan. Salt is mined much like coal, with explosives and excavations.

Drying the ocean or sea water is a universal way of extracting sea salt, though the french method of retaining some moisture gives it a softer consistency.

A non-iodine salt, Kosher salt is of a larger and fluffier shape, which makes it stick to the food it is sprinkled on and detonate it’s flavour. The large crystals of this salt are used to ‘kosher’ meat according to Jewish laws, hence the name.

This salt is mined from Pakistan and is pinkish in color, and is marketed in an exotic manner, adding to its appeal. The natural pink color glows, and all other properties remain the same as sea-salt.

Which Miso Do I Need?

Conscious and unconscious salt intake and sensing modulate cravings for sugar, water, and other things have a direct relationship between the stress system (glucocorticoid system) and the salt craving system if you’re feeling anxious or stressed.