The Half-Life of Facts - Deepstash 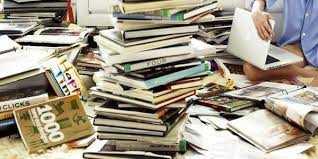 The Half-Life of Facts

Facts decay over time. And the time it takes to disprove or replace half of it can be predicted.

Data in medicine become half as relevant in 2-3 years. For exact sciences, 2-4 years.

Half Life: The Decay of Knowledge and What to Do About It

MORE IDEAS FROM Half Life: The Decay of Knowledge and What to Do About It

Half life of facts and compound knowledge

If we want our knowledge to compound, we’ll need to focus on the invariant general principles.

Half-lives show us that if we spend time learning something that changes quickly, we might be wasting our time.

The most successful, busy people in the world dedicate at least 5 hours a week to deliberate learning.

The 5-Hour Rule is the most critical practice we can all adopt for long-term career success. However, almost no-one takes it as seriously as they should.

The Math Behind The 5-Hour Rule: Why You Need To Learn 1 Hour Per Day Just To Stay Relevant

Most of the stuff we read is junk, with little or no value in a year.
Expiring knowledge is something disposable, which we consume daily.
Timeless or long-term knowledge is which retains or increases its value over time.