“Be flexible” or “agile” - Deepstash

“Be flexible” or “agile”

These are subjective requirements, and you may need to ask for clarity. One way is to ask, “How was the person that I’m replacing expected to be flexible?”

An agile candidate means you need to be ready to drop something mid-project and do something else.

This does not mean you have to be genuinely enthusiastic about the industry, but you need to come prepared for an interview to show your expertise in the subject.

This phrase could mean that you will be put under lots of projects and deadlines that will not be realistic. Most people will leave in one or two years.

To succeed in this environment, you'll need to accept imperfection. You will produce mediocre-level stuff and should be OK with it.

"Wears many hats”/“And other duties as assigned”

"Wears many hats" means you will likely be asked to do things outside of your job duties. "And other duties as assigned" may appear elsewhere in the posting.

Candidates who appreciate the structure of a predetermined set of responsibilities should consider this a red flag. Ask a clarifying question in the interview process such as "How much time, in terms of percentage, do you envision me doing this part of the work?"

This phrase doesn't mean you can't negotiate your pay. If you're considered at the higher range of salary, you should stand firm on your value.

To know what they mean by a competitive salary, ask what the range is during the interview process.

This is a popular listing in startups since leaders are still working on the details. "Self-starter" could mean you'll be given little training and have to come up with your own ideas. It could be a red flag for someone relatively new to the field, but it's ideal for a leader who has similar experience and can execute ideas with little direction.

If a company asks for a self-starter, back up your application by sharing the times you initiated a process or took the lead. 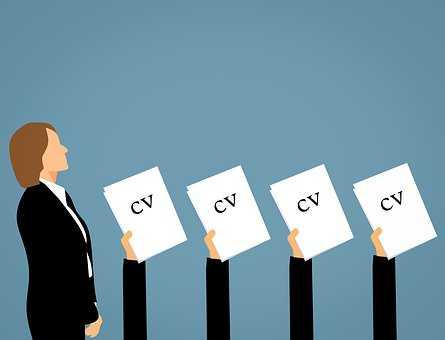 What common job listings can reveal

Before you apply for a job, you probably first read a listing that includes vague statements like "We are seeking a self-starter who can work well under pressure in a fast-paced environment."

These common job listing phrases can reveal a lot about the company's priorities, the ideal job candidate, and who will fit in the organization's culture.

A common interview question is "Tell me about a time you had to pivot your strategy." It can also be any question that asks you to discuss how you troubleshoot.

When you see this request, try to anticipate what problems this role will have and describe how you would handle them.

These titles can mean there's a certain level of expertise and expectation that you will know what you're doing.

But it can also be an indication that the company does not know what they want.

The thinking is that you don't need to be micromanaged, so you can decide how much time off you take. But the lack of clear structure means workers inevitably end up taking less time off.

An employee may feel bad about taking a vacation. There could also be a cultural expectation that you don't take long breaks. Ask someone in the know how many days people take off.

This can be code for a heavy workload. It means things are always busy, so you need to work quickly because it's time-sensitive.

Your job may be in jeopardy if you can't keep up.

Writing a personal cover letter along with a resume is a good practice, but it is ruined if the words and phrases in it are clichés, heard a million times before.

Words like go-getter or dynamic or self-starter sound vague and hollow. They may even mean that you don’t have any qualifications for the job to the potential employer.

Negotiating On A Job Offer

Many people often make mistakes during their first job offer negotiation. However, it isn't all ill-fated. Negotiating during a job offer takes proper research, practice, and confidence.

Not only is it important to know what you're putting yourself into but also it's extremely helpful to understand if your needs can be met by your workplace.

Negotiating a Job Offer? Here’s How to Get What You Want.

In traditional corporate environments, the salary is often hidden because it’s a game of cat and mouse trying to figure out what salary the candidate is currently on, what they’re expecting, and what the company is willing to pay.

But this lack of disclosure hurts workers. Knowing the expected salary upfront lets a candidate understand whether a job will be financially viable for them. It also streamlines conversations later in the hiring process.