The Creation of Dilbert - Deepstash
Explore
Get Pro
For Teams

How "Dilbert" Practically Wrote Itself 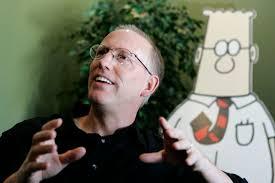 The Creation of Dilbert

Scott Adams started cartooning while still working in a telephone company. After being repeatedly passed over for promotion, he realized that it doesn't matter even though he's not being promoted because he started having time for his hobbies, and one of those was to illustrate cartoons.

The title "Dilbert" was actually suggested by one of his coworkers, and the jokes behind the comics were based on what he was experiencing at work.

As the comic begin to be admired and enjoyed by readers, the managers from Adams' job noticed how they were being mocked in his jokes. But instead of getting fired, Adams claimed that his bosses took a different management approach:

"We can't fire him because it would look bad. You must give him absurd assignments until he quits."

But this did not affect Adams - his jokes became even funnier. 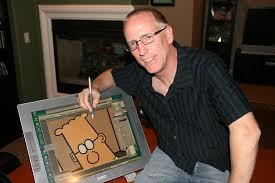 Sometimes, Scott Adams doesn't have to write the text himself: some are sent by his readers and some are directly quoted from his experiences. And Adams knows how to capture the readers' suggestions, even if he doesn't know their situations personally.

People may laugh and relate to all of his jokes, but the truth is: Management can be stranger – and funnier – than management fiction.

How to Fail at Almost Everything and Still Win Big

The Peter Principle and The Dilbert Principle, what are these?