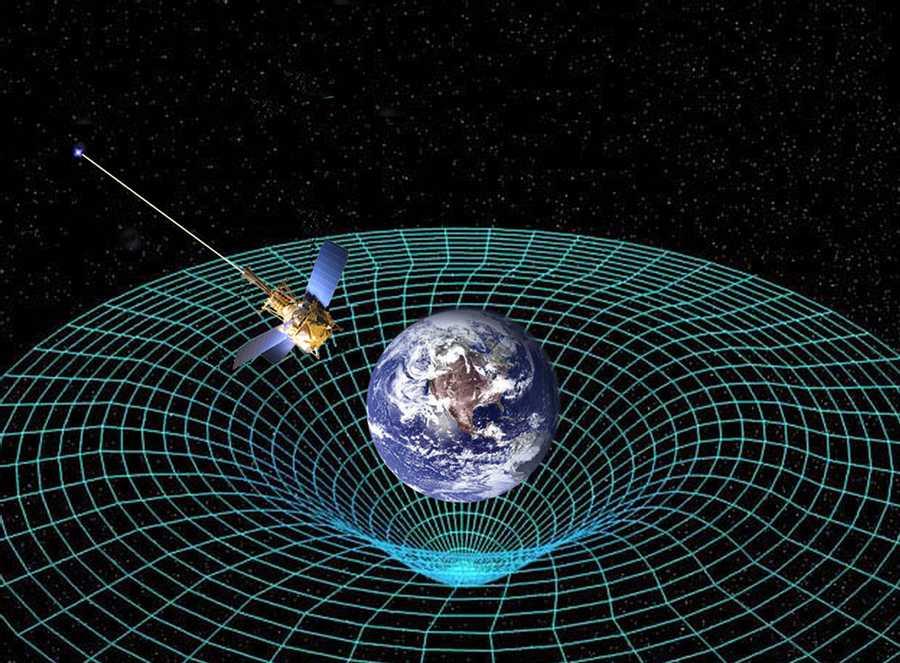 The only thing that can effect everything.... Gravity

Yes, time goes faster the farther away you are from the earth's surface compared to the time on the surface of the earth. This effect is known as "gravitational time dilation". It is predicted by Einstein's theory of General Relativity and has by verified multiple times by experiments. Gravitational time dilation occurs because objects with a lot of mass create a strong gravitational field. The gravitational field is really a curving of space and time. The stronger the gravity, the more spacetime curves, and the slower time itself proceeds. We should note here, however, that an observer in the strong gravity experiences his time as running normal. It is only relative to a reference frame with weaker gravity that his time runs slow. A person in strong gravity therefore sees his clock run normal and sees the clock in weak gravity run fast, while the person in weak gravity sees his clock run normal and the other clock run slow. There is nothing wrong with the clocks. Time itself is slowing down and speeding up because of the relativistic way in which mass warps space and time.

Gravitational time dilation occurs whenever there is difference in the strength of gravity, no matter how small that difference is. The earth has lots of mass, and therefore lots of gravity, so it bends space and time enough to be measured. As a person gets farther away from the surface of the earth – even just a few meters – the gravitational force on that person gets weaker. We don't notice it much as humans, but even going from the first floor of a building to the second floor of a building moves you away from the earth and therefore slightly weakens the gravitational force that you feel. The difference in gravity between that felt at three meters above the surface of the earth and that felt at four meteres is too small to notice with our human senses, but the difference is large enough for sensitive machines to pick up.

Because the strength of gravity is weakening with every step you take up a flight of stairs, the rate at which time proceeds is also speeding up with every step. People who work on the bottom floor of a skyscraper are literally time traveling into the future compared to the people who work on the top floor. But the effect is very small. So small, in fact, that you will never notice the time difference in everyday life. People who live and work farther away from the surface of the earth are only fractions of a nanosecond ahead per year compared to those close to the surface. Though small, the time rate difference between different altitudes is real and has been measured experimentally using very accurate atomic clocks. The U.S. National Institute of Standards and Technology (NIST) has measured such small time rate differences and published its findings. NIST was able to measure the small time rate difference between a point on the earth and a point half a meter higher, by simply raising their experimental table a half of a meter. Their findings matched well the time dilation predicted by Einstein's relativity. The time dilation due to earth's gravity is significant enough that the GPS satellites, which orbit high above the earth, must adjust their internal clocks in order to take into account their faster time and therefore accurately determine the location of GPS receivers on the ground.

Does time go faster at the top of a building compared to the bottom?

Theory of General and Special Relativity are both immensely well known theories that discuss gravity in some aspect or another.

The chief difference that can be made between them is the level of completeness. But what exactly does each theory talk about?

General Relativity discusses the laws of gravitation and its relation to other forces of nature.

Special Relativity discusses certain phenomena in the absence of gravity.

Both theories are strangely intriguing to learn about.