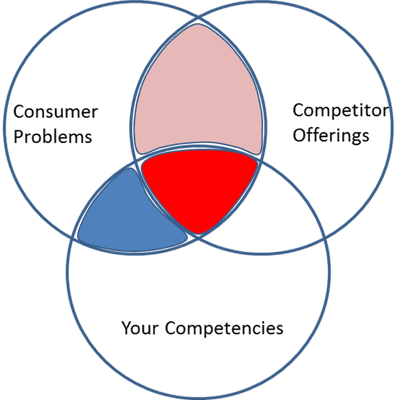 Finding blue oceans provide you the consumer needs that were previously ignored, unknown, or unmet.

Pricing strategy helps you determine the price point at which you can maximize profits on sales of your products or services. Factors to be considered includes:

6 Different Pricing Strategies: Which Is Right for Your Business?

A good customer experience is essential

Competition for brand recognition is fierce. While digital-native newcomers with their tech-savvy, direct-to-consumer approaches enter with ease, the traditional retailers are struggling.

A big part of the problem is the inability to connect with customers. One PwC consumer survey showed 73 per cent of respondents valued customer experience. The same survey showed that consumers are willing to pay up to 16 percent price premium for a superior experience.

How to stand out in a crowded marketplace

One of the oldest foods in the world, salt is not as much a flavour in itself as it is an enhancer, bringing out the flavors in all kinds of foods. It makes noodles, watermelon, meat, and all other kinds of food taste richer and generally better.

Humans crave salt as it has the chemicals we need to survive in the ionic compound composed of sodium and chlorine.

A Guide to Salt, the World’s Most Popular Food