Time and space for creativity - Deepstash

Time and space for creativity

You cannot control where and when ideas will happen. You can only create an environment in which employees and teams will become more creative, and processes for the organization to implement the best ideas.

But this environment needs to exist seven days a week, 24 hours a day, and in every office and meeting room.

MORE IDEAS FROM Myths About Creativity You Should Never Believe 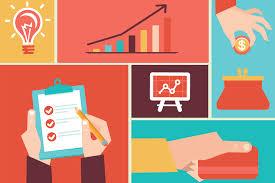 Innovation in Entrepreneurship and Startups

Innovation can be achieved by mature, large companies, not only by startups.

While most innovation comes from startup companies, some of the top innovative companies are mature and large (Apple was founded in 1976 and generates $228 billion. Google: 1998, $78 billion, Microsoft: 1975, $87 billion.) The myth acts as a self-fulfilling prophecy and deters large companies from attempting to innovate like startups.

Just as individuals can increase their creativity levels, so can companies:

Creativity can be learned and exercised.

It can be affected by your practices, how you expose yourself to old ideas, procrastinate to let them incubate, trigger the combination of those ideas into new ones, and relax to let it happen. Great ideas might feel accidental, but they are not.

Innovation initiatives don't need to be implemented throughout the entire organization.

Autonomy and freedom from processes and bureaucracy belong in some areas of the company, but not all of them. Your creative teams, those responsible for developing new ideas, need to be free of bureaucracy and regulations that do not apply to them.

Creativity is about formulating new original ideas, while innovation is about how those ideas are being incorporated to produce and introduce new, useful, and feasible products, services, processes, or business models by an organization.

Those two are related where the output depends on the input since "innovation is the implementation of creative ideas."

Driving innovation is not effective. You cannot mandate it. You cannot force employees to be creative, but you can let them know that trying things and failing is acceptable, as long as they learn from this process.

Not only do financial incentives fail to increase creativity, but experiments also show that they actually reduce it.

Financial incentives have been proven to increase productivity in simple and repetitive tasks. They fall under the category of extrinsic motivation. However, complex tasks, especially the creation of new ideas, are motivated intrinsically, within the task itself.

Resources and funding for innovation

There is no evidence that the amount of money invested in innovation yields better creativity. In fact, it is better to innovate with limited resources because you are being effective and efficient at the same time.

You are able to utilize what's available and turn it into great ideas.

There is a big misconception that ideas generate like a flash.

Researches show that such insights are actually the culminating result of prior hard work on a problem. It's like our brain is connecting the dots to form an image.

The right side of the brain

Creativity isn’t the preserve of one side of the brain, and it isn’t a talent confined to people with a special kind of brain. If you’re human and you’ve got a brain, you’re capable of being creative.

It’s true that the two brain hemispheres do function differently, but crucially they are joined by massive bundles of nerve fibers and most mental functions involve the two hemispheres working together.

Constraints are viewed as obstacles. The common wisdom regarding obstacles suggests that we have to remove all constraints.

We tend to believe that by getting rid of all rules and regulations, real creativity and innovation will start to emerge.