The Dark History Of Zombies - Deepstash
Explore
Get Pro
For Teams 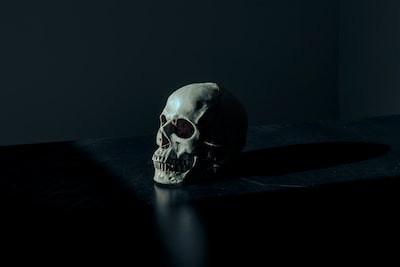 The Dark History Of Zombies

Animated corpses appear in stories all over the world throughout recorded history. But zombies have a distinct lineage— one that traces back to Equatorial and Central Africa.

The first clue is in the word “zombie” itself. Its exact etymological origins are unknown, but there are several candidates. The Mitsogho people of Gabon, for example, use the word “ndzumbi” for corpse. The Kikongo word “nzambi” refers variously to the supreme being, an ancestor with superhuman abilities, or another deity. And, in certain languages spoken in Angola and the Congo, “zumbi” refers to an object inhabited by a spirit, or someone returned from the dead.

Between 1517 and 1804, France and Spain enslaved hundreds of thousands of African people, taking them to the Caribbean island that now contains Haiti and the Dominican Republic. There, the religious beliefs of enslaved African people mixed with the Catholic traditions of colonial authorities and a religion known as “vodou” developed.

According to some vodou beliefs, a person’s soul can be captured and stored, becoming a body-less “zombi.” Alternatively, if a body isn’t properly attended to soon after death, a sorcerer called a “bokor” can capture a corpse and turn it into a soulless zombi that will perform their bidding.

Historically, these zombis were said to be put to work as laborers who needed neither food nor rest and would enrich their captor’s fortune.

In other words, zombification seemed to represent the horrors of enslavement that many Haitian people experienced. It was the worst possible fate: a form of enslavement that not even death could free you from. The zombi was deprived of an afterlife and trapped in eternal subjugation.

Because of this, in Haitian culture, zombis are commonly seen as victims deserving of sympathy and care.

The zombie underwent a transformation after the US occupation of Haiti began in 1915— this time, through the lens of Western pop culture. During the occupation, US citizens propagated many racist beliefs about Black Haitian people. Among false accounts of devil worship and human sacrifice, zombie stories captured the American imagination.

And in 1932, zombies debuted on the big screen in a film called “White Zombie.” Set in Haiti, the film’s protagonist must rescue his fiancée from an evil vodou master who runs a sugar mill using zombi labor. Notably, the film's main object of sympathy isn't the enslaved workforce, but the victimized white woman.

The Zombification Of The Zombis

Over the following decades, zombies appeared in many American films, usually with loose references to Haitian culture, though some veered off to involve aliens and Nazis. Then came the wildly influential 1968 film “Night of the Living Dead,” in which a group of strangers tries to survive an onslaught of slow-moving, flesh-eating monsters. The film’s director remarked that he never envisioned his living dead as zombies. Instead, it was the audience who recognized them as such.

A Monster And A Disease

But from then on, zombies became linked to an insatiable craving for flesh— with a particular taste for brains added in 1985′s “The Return of the Living Dead.” In these and many subsequent films, no sorcerer controls the zombies; they’re the monsters. And in many iterations, later fueled by 2002′s “28 Days Later,” zombification became a contagious phenomenon.

For decades now, artists around the world have used zombies to shine a light on the social ills and anxieties of their moment— from consumer culture to the global lack of disaster preparedness. But, in effect, American pop culture also initially erased the zombies origins—cannibalizing its original significance and transforming the victim into the monster.

On voodoo and zombies, or on the effects of perspective distortion and/or false representation: how Vodou went from diasporic religion to sensationalized pop-culture caricature and how zombis went from victims to monsters.

The Original Ring Of Power

Neglect & Trauma: The Lives of the Forgotten Children