The Original Ring Of Power - Deepstash
Explore
Get Pro
For Teams 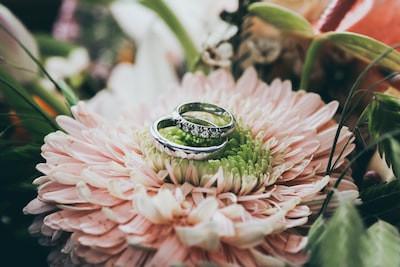 The Original Ring Of Power

A ring with supernatural abilities tempts its beholder with power. But there are no hobbits, dwarves, or Valkyries in this tale. In fact, the legend of the Ring of Gyges appeared long before those characters were ever committed to paper: more than 2,000 years ago, in the Greek philosopher Plato’s “Republic.” The story surfaces as the philosopher, Socrates, and his student, Glaucon, discuss why people act justly. Is it because it’s what’s right? Or because it’s a convention that’s enforced through punishment and reward?

Long ago, a shepherd named Gyges was tending his flock when an earthquake struck, ripping an opening to the ground. The chasm drew Gyges in. There, his eyes alighted upon a bronze horse, the doors to its central chamber ajar. Peering inside, Gyges discovered the corpse of a giant. On its finger, a golden ring, which Gyges pocketed before retracing his steps.

From Shepherd To King

Later, Gyges sat among the other shepherds, fiddling with the mysterious ring when, suddenly, after absentmindedly twirling its stone, he became invisible.When he turned the stone back in the opposite direction, he reappeared. Emboldened by the ring’s powers, new possibilities bloomed before him, and a sordid plan hatched in his mind. Gyges became a messenger to the king of Lydia, and, inside the palace, used the ring to prowl undetected. He seduced the queen and convinced her to betray her husband. And soon Gyges, once a humble shepherd, had murdered the monarch and claimed the kingdom.

The 3 Classes Of Good

Glaucon tells this story to illustrate how people can apparently benefit by acting unjustly. After all, wouldn’t any rational person act like Gyges if presented the opportunity to get what they desired without consequence?

Justice: A Burden, If We’re Honest

Glaucon argues that justice belongs to the second class of good: it’s a burden that nevertheless brings rewards. The only reason anyone conducts themselves virtuously, he reasons, is due to external influences. So it’s appearing— not actually being— virtuous that matter.

The 3 Parts Of The Human Soul

Socrates, as written by Plato, disagrees, countering that justice belongs to the third class of good, offering both extrinsic and intrinsic benefits. Socrates argues that the human soul has three parts: reason, spirit, and appetite. Reason guides an individual to truth and knowledge, and is influenced by either spirit or appetite. Spirit is righteous, ambitious, and the source of bold action, while appetite consists of baser, bodily desires.

To Socrates, the philosopher is led by reason, and their spirit keeps their appetite in check, making them the most just and the happiest. Even without consequences for self-serving wrongdoings, they wouldn't commit them. Meanwhile, the tyrant succumbs to appetite and acts unjustly. So, while Gyges may have attained power and wealth, Socrates implies that his soul would be in disharmony. He’d be enslaved to his own base desires rather than guided by reason and wouldn’t be truly happy.

Before Plato penned this discussion, Chinese philosopher Confucius similarly reasoned that by simply acting justly, one also benefits oneself. After, modern Western philosophers voiced varying beliefs. Thomas Hobbes, for instance, argued that the state of nature is violent and selfish. Justice, therefore, is imposed by authority. John Locke, in contrast, asserted that people are naturally obligated to act justly and they agree to participate in civil society to secure their natural rights.

The allegory of the ill-gotten magical ring that lures its wearer towards their darkest desires continues to inspire. So, if the ring of Gyges fell into your hands, what would you do?

The Dark History Of Zombies