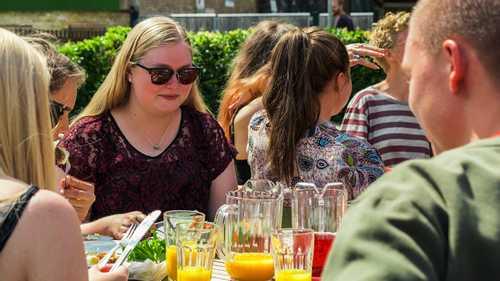 Ventilen, or “friend to one” in Danish, is an organization that helps 15-to-25-year-olds get together twice a week with two or three volunteers. Together, the people in the group play games, make meals, go to the cinema, and build human connections.

The prevalence of loneliness

Loneliness is becoming an "epidemic" and is associated with illnesses like heart disease, dementia, depression, anxiety, and longevity.

Back in 1999, a support group called Bright Point was formed to fill the need of friends. But when people came together, no one talked. It was only after games were introduced as a catalyst that friendships started forming. Later, making meals and exercising was added successfully.

The program is not without challenges. Many lonely people may feel intimidated and won't attend. But designating a space for gathering and activities is a good step toward tackling loneliness.

Stay home and read. Better for the world.

The History of Loneliness

Loneliness Is a Public Health Emergency. Here's What Helps, According to Experts

The Health Consequences of Loneliness