How to Stop Being Lazy: 17 Healthy and Practical Strategies - Deepstash
Explore
Get Pro
For Teams 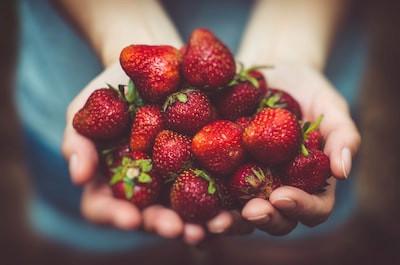 How to Stop Being Lazy: 17 Healthy and Practical Strategies

How to overcome laziness?

“How can I stop laziness?” The answer may not be as cut and dry as you’d expect. While some people may be more prone to being lazy than others, even highly productive people can find it challenging to get things done sometimes.

Here are some tips to help you get rid of laziness and get a grasp on your productivity.

Setting unrealistic goals and taking on too much can lead to burnout . While not an actual clinical diagnosis, the symptoms of burnout are recognized by medical professionals. Job burnout can cause exhaustion , loss of interest and motivation, and a longing to escape.

Avoid overloading by setting smaller, attainable goals that will get you where you want to be without overwhelming you along the way.

2. Don’t expect yourself to be perfect

Perfectionism is on the rise and it’s taking a psychological toll.

One 2017 study that looked at college students between 1989 and 2016 found an increase in perfectionism over the years. Researchers noted “young people [are] now facing more competitive environments, more unrealistic expectations, and more anxious and controlling parents than generations before.”

This rise in perfectionism is causing people to be overly critical of themselves and others. It’s also led to an increase in depression and anxiety .

Another smaller study of college students concluded that expecting perfection was related to avoidant coping, which causes you to avoid dealing with stressors.

3. Use positive instead of negative self-talk

You can stop your negative internal voice by practicing positive self-talk . Instead of saying, “There’s no way I can get this done,” say, “I’ll give it my all to make it happen.”

4. Create a plan of action

Planning how you will get something done can make it easier to get there. Be realistic about how much time, effort, and other factors are needed to meet your goal and create an action plan. Having a plan will provide direction and confidence that can help even if you hit a hurdle along the way.

Take a moment to think about what your strengths are when setting goals or gearing up to tackle a task. Try to apply them to different aspects of a task to help you get things done. Research has shown that focusing on strengths increases productivity, positive feelings, and engagement in work.

6. Recognize your accomplishments along the way

Patting yourself on the back for a job well done can help motivate you to keep going. Consider writing down all of your accomplishments along the way in everything you do, whether at work or home. It’s a great way to boost your confidence and positivity, and fuel you to carry on.

Many people believe that asking for help is a sign of weakness. But not asking for help could be setting you up for failure. A 2018 study found that people who don’t ask coworkers for help were more likely to be dissatisfied in their jobs and had lower levels of job performance. They were also perceived less favorably by their employers.

Asking for help improves your chances of success and helps you connect with others who can encourage and motivate you.

We all have our favorite distractions we turn to when we’re just not feeling like doing a task — whether it’s scrolling through social media or playing with a pet.

Find ways to make your distractions less accessible. This can mean finding a quiet place to work, like the library or an empty room, or using an app to block sites that you scroll mindlessly when you should be on task.

We tend to avoid jobs that we find boring or tedious. Chores like cleaning the gutters or bathroom will never be loads of fun, but you can make them more enjoyable. Try listening music or a podcast, or put on your fitness tracker to see how many calories you burn or steps you get while performing these tasks.

Getting a job done is a reward in itself, but some people are driven by external rewards . Focus on what you’ll gain from getting something done, like getting closer to a promotion, or reward yourself for a job well done. Celebrate the end of a big project with a night out or invite friends over for drink after a day of cleaning.

a lazy person who wants to be productive

How to Improve Memory: Power, Concentration, Retention, and Focus