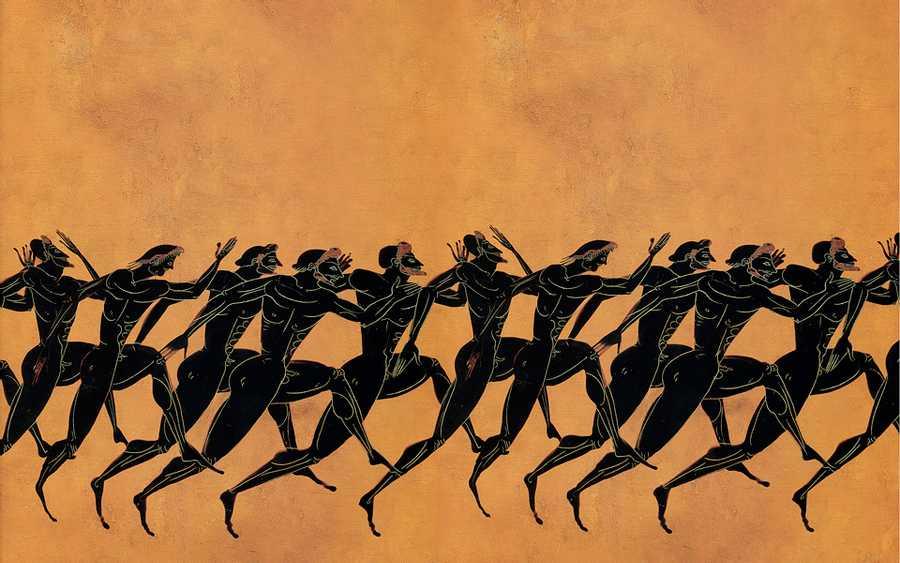 In the 8th century B.C., the first Olympic Games took place in Olympia, Greece. They were held every four years for 12 centuries and lasted five or six months. The athletes competed naked.

But in the 4th century A.D, Emperor Theodosius I banned all pagan festivals, and the Olympics came to an end.

Baron Pierre de Coubertin, the co-founder of the modern Olympic Games, designed the Olympic symbol. The five rings represent the five inhabited continents of the world.

The six colours - blue, yellow, black, green, red, and white background - were chosen because each country's national flag contains at least one of them.

The Olympic torch is lit in the way of the ancient ceremony and the temple of Hera, Greece. Actresses wear costumes of Greek priestesses and use a parabolic mirror and sun rays to light the torch. Then the torch is usually carried by runners to the host city.

The relay torch and the Olympic flame are supposed to burn during the entire event.

Tarzan competed in the Olympics

Johnny Weissmuller, an athlete and actor who played Tarzan in 12 movies, won five gold medals in swimming in the 1920s.

From 1912 - 1948, painters, sculptors, architects, writers, and musicians also participated in the Olympics in their respective fields.

A negative mind will never give you a positive mind.