How Venture Capital Works - Deepstash
Explore
Get Pro
For Teams 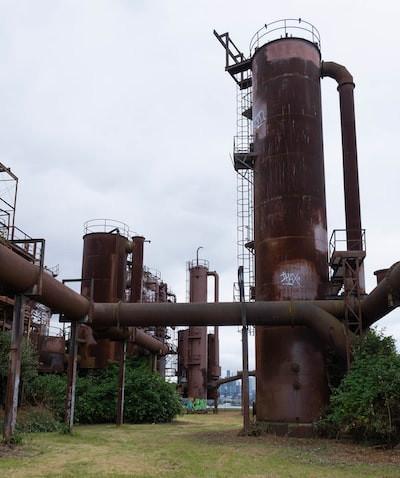 From a venture capitalist’s point of view, the ideal entrepreneur:

Venture capital plays only a minor role in funding basic innovation. In 1997, VCs only invested 6%, or $600 million, went to startups. Around $1 billion of the total venture-capital pool went to R&D.

The majority of VC capital went to follow-on funding for projects originally developed through the far greater expenditures of governments ($63 billion) and corporations ($133 billion).

A venture capitalist buys a stake in an entrepreneur’s idea, nurtures it for some time, and then exits with the help of an investment banker.

VC funds have investors in large institutions like pension funds, insurance companies and financial giants. They place only a small fraction of their funds into startups and high-risk investments.

More than good people or good ideas, VCs look for good industries to invest in.

The initial period in a company’s life cycle in a profitable industry is a time of accelerated growth, except for the concept stocks that are experimental and require a lot of burning capital.

By investing in areas with high growth rates, VCs allocate their risks to the ability of the company’s management to execute. VC investments in high-growth segments are likely to have exit opportunities because investment bankers are continually looking for innovative high-growth issues to bring to the market.

Logic In The Deal

Any basic deal structure has the same logic: Giving the investors in the VC fund both ample downside protection and a favourable position for additional investment if the company proves to be a winner.

How The VC Industry Works

The venture capital industry has four main players: entrepreneurs who need funding; investors who want high returns; investment bankers who need companies to sell; and venture capitalists who make money for themselves by making a market for the other three.

The VC firms protect themselves from risk by investing with other firms, enabling portfolio diversification.

Attractive Returns for the VC

Funds are structured to guarantee partners a comfortable income while they work to generate those returns.

The venture capital partners agree to return all of the investors’ capital before sharing in the upside. However, the fund typically pays for the investors’ annual operating budget—2% to 3% of the pool’s total capital—which they take as a management fee regardless of the fund’s results.

The real upside lies in the appreciation of the portfolio. The investors get 70% to 80% of the gains; the venture capitalists get the remaining 20% to 30%.

How Venture Capitalists Spend Their Time

Assuming that each partner has a typical portfolio of ten companies and a 2,000-hour work year, the amount of time spent on each company with each activity is relatively small.

This allows the VCs only 80 hours per year per company—less than 2 hours per week.

The Upside for Entrepreneurs

Venture-funded companies attract talented people by appealing to a “lottery” mentality. Despite the high risk of failure in new ventures, engineers and businesspeople leave their jobs because they are unable or unwilling to perceive how risky a start-up can be.

Their situation may be compared to that of hopeful high school basketball players, devoting hours to their sport despite the overwhelming odds against turning professional and earning million-dollar incomes.

The Value Of An Entrepreneur To VCs

The value of any individual to a VC is a function of the following conditions:

How Do Venture Capitalists Make Decisions?

How Do Venture Capitalists Make Decisions?

Is Corporate Venture Capital Right for Your Startup?

Is Corporate Venture Capital Right for Your Startup?