Any numbers regarding the maximum running speed of humans are mostly speculation.

Because Usain Bolt holds the title of the world's fasted runner, we can assume that his top speed of about 28 miles per hour is as fast as humans can run. But scientists believe humans may be able to run at a speed of up to 40 miles per hour. A 2010 study using computer models show that based on the pounds of force that human muscle fibres can withstand, humans have the potential to run faster.

How Fast Can Humans Run? Plus, How to Be a Faster Runner 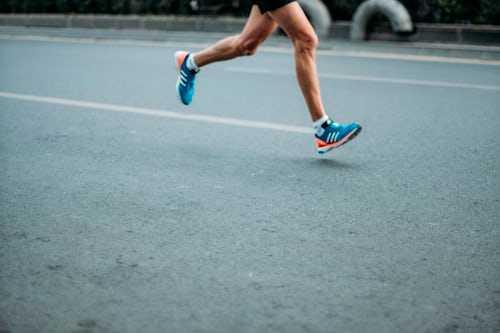 According to a massive RunRepeat study based on over 34 million race results, the average running times are:

We should keep in mind that the data is collected from race results. It doesn't mean every runner is racing or running as fast as they can.

How to become a faster runner (continued)

Factors influencing how fast you can run

How to become a faster runner

Run training that can help you become a faster runner:

**If you want to improve your average pace per mile, try the following workouts to increase your speed and build up endurance.

It is never too late to start running. Many take up this sport in their 50s and beyond. To start, you only need a good pair of running shoes and a desire.

Running is a very effective way to build cardiovascular endurance and increase mental toughness. It is an excellent stress reliever and will improve your health overall.

An Absolute Beginner's Guide to Becoming a Runner

A stride, also known as a pick-up or a strider, is a short acceleration during which you over-exaggerate your running form for a prescribed period of time.

Running Strides Can Help You Work on Your Form and Mechanics