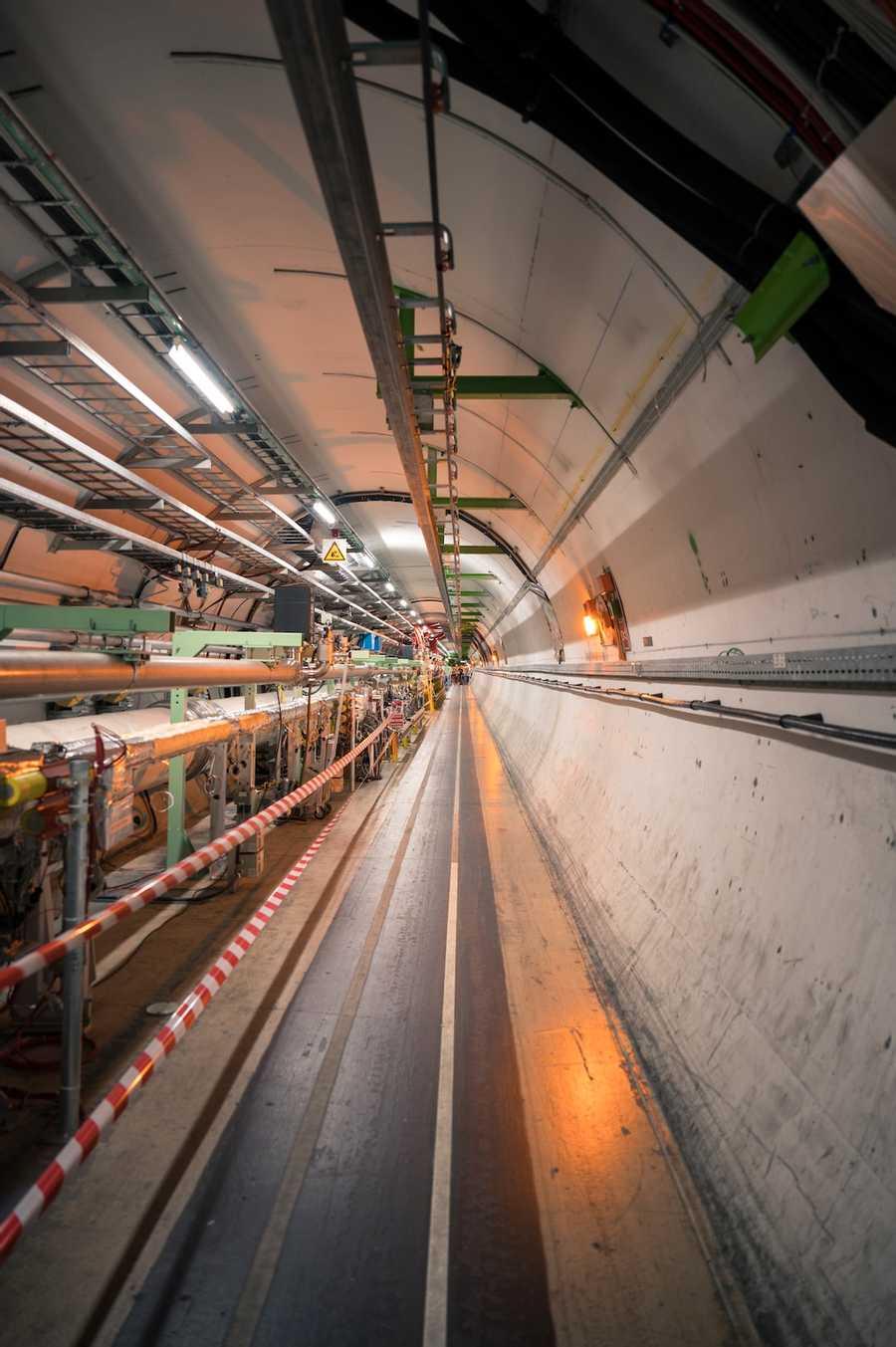 Bullet Over A Bowling Ball

This makes more sense, Perepelitsa says, as hadrons are bigger in size than photons and are capable of more substantial interactions. “It’s no longer a needle going into a bowling ball, but more like a bullet.” 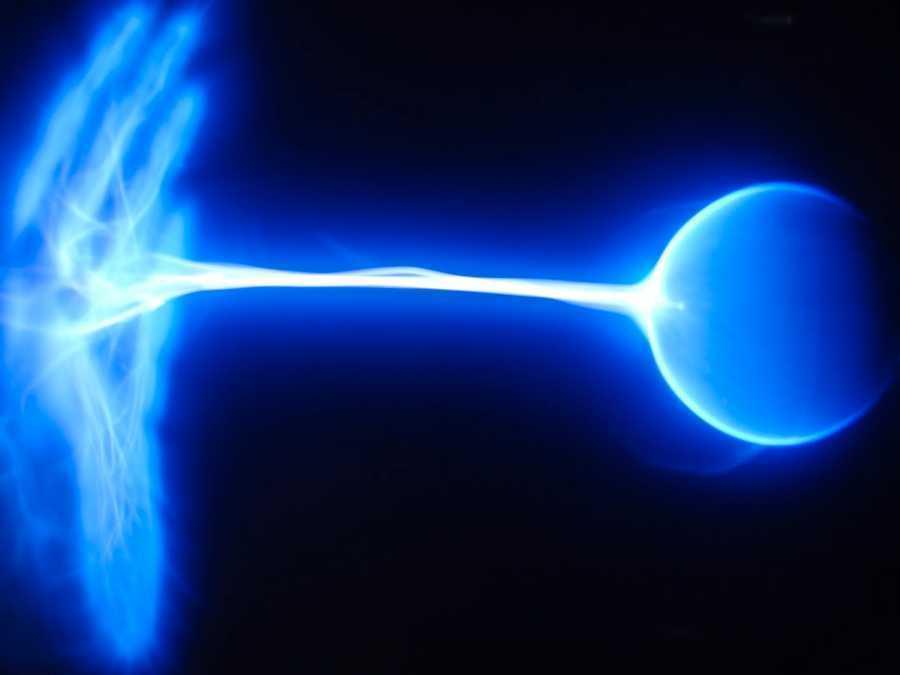 The Photons Having A Moment

When two lead nuclei collide at high energy inside the LHC, the gluons can lose their grip, causing the protons and neutrons to melt and merge into a quark-gluon plasma. The now-free quarks and gluons pull on each other, holding together as the plasma expands and cools.

Eventually, the quarks cool enough to reform into distinct hadrons. Scientists can reconstruct the production, size and shape of the original quark-gluon plasma based on the number, identities and paths of hadrons that escape into their detectors.

They went looking for collisions between photons and nuclei, called photonuclear collisions, in data collected during the lead-ion runs at the LHC. These runs have happened in the few weeks just before the LHC’s winter shutdown each year that the LHC has been in operation.

Lead nuclei are made up of protons and neutrons, which are made up of even smaller fundamental particles called quarks. “You can think of the nucleus like a bag of quarks,” Noronha-Hostler says.

This bag of quarks is held together by gluons, which “glue” small groups of quarks into composite particles called hadrons.

Collisions between photons and lead nuclei are common inside the LHC. Their first round of results indicate the answer could be yes, an insight that might provide a new understanding of fluid dynamics.

The photon’s most recent seemingly impossible feat? Smashing so hard into a lead nucleus that the collision seems to produce the same state of matter that existed moments after the Big Bang.

"We're pushing to the most extremes in fluid dynamics,” Noronha-Hostler says. “Not only do we have something that is moving at the speed of light and at the highest temperatures known to humanity, but it looks like we are going to be able to answer ‘What is the smallest droplet of a liquid?’ No other field can do that.”

If photonuclear collisions are creating quark-gluon plasma, it’s in the form of a tiny droplet composed of a few vaporized protons and neutrons.

Scientists are hoping to study these droplets to learn more about how liquids behave on subatomic scales.

After collecting and analyzing the data, Seidlitz, Perepelitsa and their colleagues saw a particle-flow signature characteristic of a quark-gluon plasma.

The finding alone is not enough to prove the formation of a quark-gluon plasma, but it’s a first clue. “There are always potential competing explanations, and we need to look for other signatures of quark-gluon plasma that could be there,” Perepelitsa says, “but we haven’t measured them yet.”

If the photonuclear collisions are indeed creating quark-gluon plasma, it could be a kind of quantum trick, Perepelitsa says.

Perepelitsa and his colleagues are dubious that a massless photon could pack a powerful enough punch to melt part of a lead nucleus, which contains 82 protons and 126 neutrons. “It would be like throwing a needle into a bowling ball,” he says.

Instead, he thinks that just before impact, these photons are undergoing a transformation predicted by Paul Dirac.

In 1931, Dirac published a paper predicting a new type of particle. The particle would share the mass of the electron but have the opposite charge. If it collides with an electron, the two will have a chance of annihilating one another.

A Trigger That Picks Out The Photon-Zapped Lead Ions

During the lead-ion runs at the LHC, nuclei aren’t the only things colliding. Because they have a positive charge, lead nuclei carry strong electromagnetic fields that grow in intensity as they accelerate. Their electromagnetic fields spit out high-energy photons, which can also collide—a fairly common occurence.

Despite their frequency, no one had ever closely examined the detailed patterns of these kinds of photonuclear collisions at the LHC. For this reason, ATLAS scientists had to develop a specialized trigger that could pick out the photon-zapped lead ions from everything else.

It was the positron, the first predicted particle of antimatter. In 1932, Caltech physicist Carl Anderson discovered the particle, and later physicists spotted the annihilation process Dirac had predicted as well.

When matter and antimatter meet, the two particles are destroyed, releasing their energy in the form of a pair of photons.

Before annihilating, that quark-antiquark pair can bind together to make a hadron.

Luckily, photonuclear collisions have a special asymmetrical shape due to the momentum differences between the tiny photon and the massive lead ion: “It’s like a truck hitting a trash can,” Seidlitz says. “All the debris from the collision will move in the direction of the truck.”

Seidlitz designed a trigger that looked for collisions that generated a small number of particles, had a skewed shape, and saw remnants of the partially obliterated lead ion embedded in special detectors 140 meters away from the collision point.

LHC scientists’ usual method of studying the quark-gluon plasma has been to examine crashes between lead nuclei, which create a complex soup of quarks and gluons. “We thought originally that the only way we could produce a quark gluon plasma was two massive nuclei hitting each other,” she says.

It is the best description of the nature of the particles that make up matter and the forces with which they interact. If you want to explain how photons on light turn to electrical current in a solar panel, or how the sun keeps burning, you'll need to use quantum physics.

Teleportation is the idea in which we step into a sort of scanner and instantaneously find ourselves somewhere else.

There are two ways this can'(t) be done: physical deconstruction at x and reconstitution at y or the translation of one's person into data to be transmitted, and then to be reconverted into matter (like some sort of fax machine).