Within the study, members of high-performing teams were significantly... - Deepstash
Explore
Get Pro
For Teams 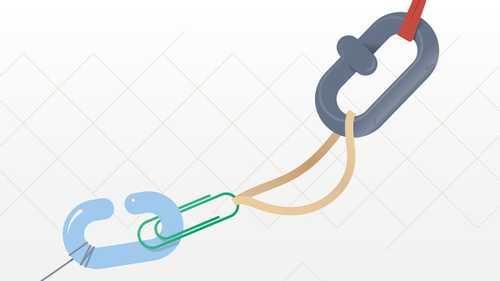 Within the study, members of high-performing teams were significantly more likely to express positive emotions with their colleagues. They reported being more likely to compliment, joke with, and tease their teammates. In emails, they were more likely to use exclamation points, emojis, and GIFs.

Interestingly, however, they were also more likely to express negative emotions at work. The study found that they were more likely to curse, complain, and express sarcasm with their teammates.

When it comes to building extraordinary workplaces and high-performing teams, researchers have long appreciated that three psychological needs are essential: autonomy, competence, and relatedness. Decades of research  demonstrate that when people feel psychologically fulfilled, they tend to be healthier , happier , and more productive .

In sum, the study’s findings suggest that creating a high-performing workplace takes more than simply hiring the right people and arming them with the right tools to do their work. It requires creating opportunities for genuine, authentic relationships to develop.

Fostering close connections among teammates need not be expensive or time-consuming. By incorporating simple, evidence-based practices that yield better communication, more productive meetings, and deeper friendships, every workplace has the ability to fuel people’s basic psychological need for relatedness and lift team performance.

So, what do high-performing teams do differently? Our study revealed five key differences, all of which highlight the vital role of close connection among colleagues as a driver of team performance.

From a managerial standpoint, it’s easy to frown upon workplace conversations that have nothing to do with work. After all, what good can come from employees spending valuable work time chatting about a major sporting event or blockbuster film?

Yet new research suggests that the highest-performing teams have found subtle ways of leveraging social connections during the pandemic to fuel their success. The findings offer important clues on ways any organization can foster greater connectedness — even within a remote or hybrid work setting — to engineer higher-performing teams.

Of those three essential needs, relatedness, or the desire to feel connected to others, has always been the trickiest for organizations to cultivate. It’s one thing to attract talented employees — but how exactly do you get them to like each other?

Covid has made fostering relatedness all the more difficult. While working from home has been a boon for autonomy , empowering many to decide when and where they work, a lack of physical proximity to colleagues has made it exponentially more challenging to create close personal bonds.

Recent studies  have found that while most people anticipate that phone calls will be awkward and uncomfortable, that’s a misperception. Not only are phone calls no more awkward in practice, they also tend to strengthen relationships and prevent misunderstanding, contributing to more fruitful interactions among teammates.

By ensuring that time together is both efficient and collaborative, high-performing teams don’t just make better use of their meetings — they also set the stage for more fruitful interactions, contributing to better relationships.

A key reason the need for relatedness contributes to better performance at work is that it makes us feel valued, appreciated, and respected by those whose opinions we prize. It’s why recognition is often a more powerful motivating force  than monetary incentives.