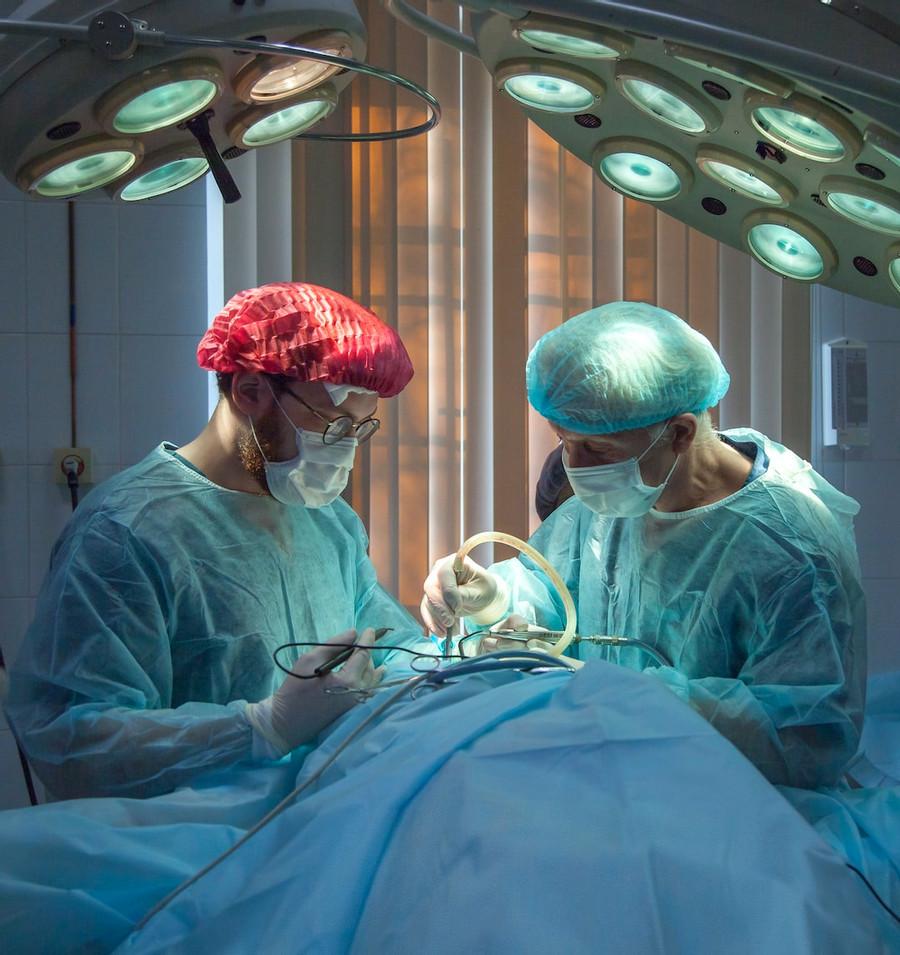 Robotic surgery is another option that has been used routinely on Earth and tested for planetary excursions.

During Neemo 7, a series of missions in the underwater habitat Aquarius in Florida Keys by Nasa, surgery by a robot controlled from another lab was successfully used to remove a fake gallbladder and kidney stone from a fake body.

However, the lag in communications in space will make remote control a problem. Ideally, surgical robots would need to be autonomous.

There is a wealth of research and preparation for the possible event of a surgical emergency during a Mars mission, but there are many unknowns, especially when it comes to diagnostics and anaesthesia. Ultimately, prevention is better than surgery. So selecting healthy crew and developing the eng...

One problem was that, during open surgery, the intestines would float around, obscuring the view of the surgical field. To deal with this, space travellers should opt for minimally invasive surgical techniques, such as keyhole surgery, ideally occurring within patients’ internal cavities through ...

With plans to put humans on Mars in the near future, a medical emergency beyond the stars could spell disaster. Nina Louise Purvis looks at how to fix this problem

How Likely Is It To Need Surgeries in Space?

But how likely is it that an astronaut will actually need surgery?

Extreme Environments, Not Only a Distance Issue

As well as distance, the extreme environment faced during transit to and on Mars includes

The surgeries carried out in space so far have revealed that a large amount of support equipment is essential. This is a luxury the crew may not have on a virgin voyage to Mars.

When orbiting or settled on Mars, however, we would ideally need a hypothetical “traumapod”, with radiation shielding, surgical robots, advanced life support and restraints.

Bodily fluids will also behave differently in space and on Mars. The blood in our veins may stick to instruments due to surface tension.

Mars is a whopping 33.9 million miles away from Earth, when closest. In comparison, the International Space Agency (ISS) orbits just 248 miles above Earth.

One of the Main Challenges to Space Travel

Surgical emergencies are in fact one of the main challenges when it comes to human space travel. But over the last few years, space medicine researchers have come up with a number of ideas that could help, from surgical robots to 3D printe...

It Has Worked Before...

Surgery in microgravity is possible and has already been carried out, albeit not on humans yet.

In times of uncertainty or fear, it can be especially daunting deciding whether a child should be exposed to a topic that is frightening.