Reacting with our bodies - Deepstash

Reacting with our bodies

Our bodies perceive being alone (or with strangers) as an emergency. Thus, our nervous system evolved to produce the anxiety we associate with loneliness.
We breathe fast, our heart races, our blood pressure rises, we don’t sleep. We act fearful, defensive, and self-involved, all of which drive away people who might actually want to help, and tend to stop lonely people from doing what would benefit them most: reaching out to others.

The History of Loneliness

The evolutionary theory of loneliness

Primates need to belong to an intimate social group in order to survive; this is especially true for humans.
Separation from your group (either finding yourself alone or finding yourself among a group of people who do not know and understand you) triggers a fight-or-flight response.

Loneliness is a form of grief

It is an umbrella term we use to cover for all sorts of things most people would rather not name and have no idea how to fix.
Plenty of people like to be alone. But solitude and seclusion are different from loneliness. Loneliness is a state of profound distress. 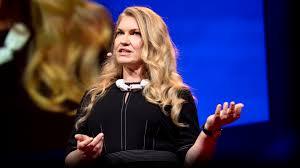 According to historian Fay Bound Alberti, modern loneliness is the child of capitalism and secularism.
Many of the divisions and hierarchies that have developed since the 18th century (between the individual and the world, individual and community, public and private) have been naturalized through the politics and philosophy of individualism.

The tragedy of loneliness

... is that lonely people can’t see that lots of people feel the same way they do.
Loneliness seems to be such a painful, frightening experience that people will do anything to avoid it. We shut down the lonely, afraid that this might be some kind of a contagious situation.

We crave intimacy. And yet, long before the present pandemic, with its forced isolation and social distancing, humans had begun building their own separate cells.

Loneliness Is a State of Mind

Loneliness, according to many experts, is not necessarily about being alone. Instead, if you feel alone and isolated, then that is how loneliness plays into your state of mind.

For example, a college freshman might feel lonely despite being surrounded by roommates and other peers.

The Health Consequences of Loneliness

Loneliness is a historically specific condition

Loneliness has become a "plague," and "epidemic" that strikes young and old. But loneliness is not a universal human condition. It is a historically specific one.

Before 1800, the word loneliness was not really used in the English language. Where it was used, it meant the same as oneliness - the state of being one or single. Trees were lonely; roads were lonely. Before the 19th century, people did live alone, but they weren't lonely.

Loneliness Is a Modern Invention

The epidemic of loneliness

The elderly are lonely. Teens are lonely. People in cities and rural areas are lonely to such an extent that it is considered a public health issue.

One report found that nearly half of respondents said they sometimes or always felt alone. But there are steps you can take when you're feeling especially lonely.

7 Therapists on What to Do When You Feel Lonely