The different ways of cooking sushi 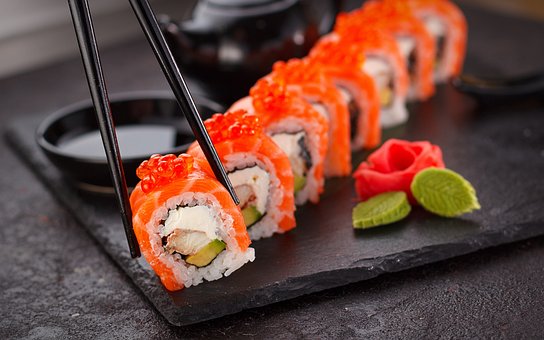 The arrival of sushi in Japan

Around 718 sushi had finally reached Japan, after having been discovered and consumed in Thailand and Vietnam for quite a while. While glorified for its taste, it was found unworthy because of its smell.

Actually it was the Muromachi period, between 1338 and 1573, that made sushi lose its smell by changing the way people cooked it. During the 12th century, an update was going to be made in regards to the preparation of sushi, which eventually led to it being consumed in big amount by artisans, warriors, merchants and nobles.

One of the best things modern times have brought to us, by means of technology, was the fact of preparing sushi in a fast and exquisite way. Having the possibility to serve raw sushi, which would later be refrigerated, is something that the inventors of this dish could not even fancy more than 2,000 years ago, when the food first appeared.

After the Second War World, sushi became known worldwide and even today is still considered as one of the most tasty dishes.

For a long time, pizzas were associated with poverty and scorned by food writers.

In 1831, Samuel Morse described pizza as a ‘species of the most nauseating cake … covered over with slices of pomodoro or tomatoes, and sprinkled with little fish and black pepper and I know not what other ingredients, it altogether looks like a piece of bread that has been taken reeking out of the sewer.’

A History of Pizza | History Today

The heart-healthy Mediterranean diet is a healthy eating plan based on typical foods and recipes of Mediterranean-style cooking.

The diet includes fruits, vegetables, fish and whole grains, plus a splash of flavorful olive oil and perhaps a glass of red wine.

Grow foods help our body with physical growth and help the body rebuild after diseases and infections.
From this category: meat, fish, eggs, milk and other dairy products such as cheese and yogurt. They are often required in small amounts but are essential to be consumed daily.

Food for thought: 7 tips on keeping a healthy diet