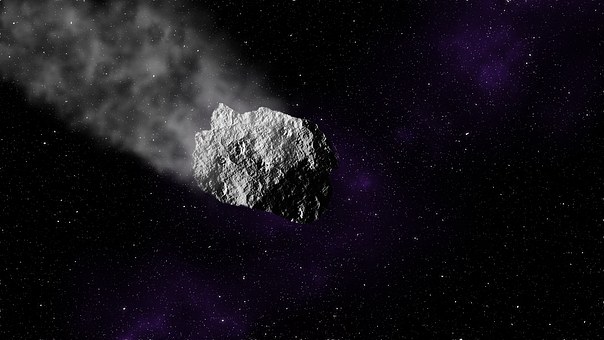 The different types of asteroids are:

We can observe an asteroid by observing them through a radar. The radar can reveal its size, shape, and whether it is two objects.

In the unlikely event that an asteroid is deemed a threat, NASA has inventions to effectively diffuse them such as:

The formation of asteroids

Asteroids are what's left after the formation of our solar system from billions of years ago.

It is believed that the reason why they were formed were because of the birth of Jupiter. Its birth hindered any planetary bodies to form in the space between Mars and Jupiter, which resulted to the small objects that were present to crash onto each other and fragment themselves.

The two theories that back this up are the Nice model and the Grand Tack.

The discovery and naming of asteroids

Fun fact: There is an asteroid named after Mr. Spock of Star Trek.

Amusingly, the collisions that could possibly bring death to us may be the reason we are alive today.

When Earth was formed it was unable to support growth and desolate. Asteroid and comet collisions may have delivered the water-ice and other carbon-based molecules that allowed the planet to evolve and support life after billions of years.

Saltwater: The Reason An Ocean Is Salty

Ocean water is full of mineral salts which enter through the rivers, passing through rock and soil. Water has a property of evaporation whereas salt does not, so a lot of salt is left behind.

Oceans are saline throughout the world, but the Mediterranean Sea is saltier. Many oceans are less salty due to the regular mixing of fresh river water.

Why Is the Ocean Salty? | Salt in the Ocean | Live Science

Whenever someone yawns near you, you may find it near impossible not to yawn.

New studies found the reason we battle to stop a yawn appears to reside in the brain area that's responsible for motor function. The urge to yawn when you see someone else doing it is known as echophenomenon - the automatic imitation of another person. Other types of echophenomena include echolalia - imitation of words, and echopraxia - imitations of actions.

Here's Why Yawns Are So Contagious