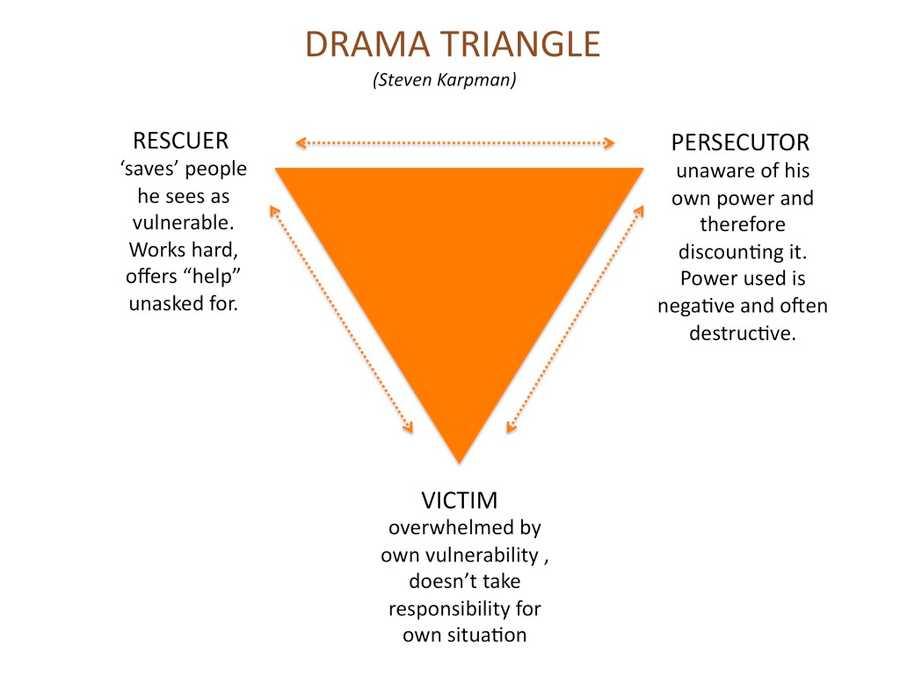 The Karpman Drama Triangle was developed in 1968 by psychologist Stephen Karpman in order to exhibit our dysfunctional behavior towards interpersonal drama.

He recognized the feelings of entertainment and addiction towards conflicts despite of its harmful effects to our mental health. There are three roles in a conflict:

How to Ditch the Drama in Your Relationships

We can't deny that drama surrounds us everywhere we go. We can see it on social media or on television and despite of our best intentions to not get involved, we can't seem to avert our attention away from it.

How We End Up Managing Other People's Relationships