3 Marketing Lessons We Can Learn From Netflix’s ‘Squid Game’

3 Marketing Lessons We Can Learn From Netflix’s ‘Squid Game’ 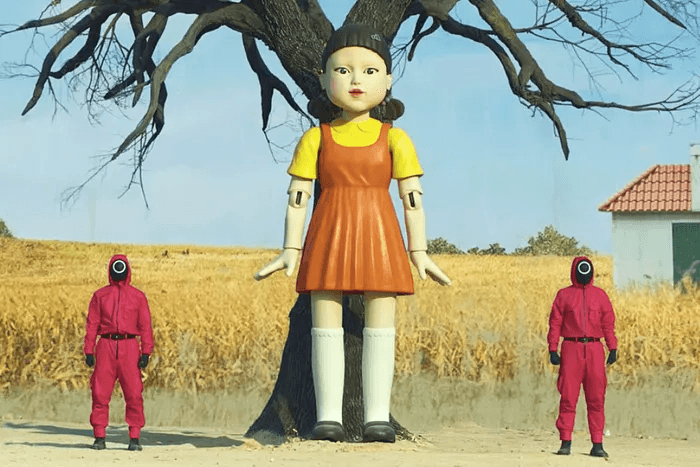 We can’t always follow the conventional norm and depend on historic data to tell us what’s next; innovative businesses should always consider taking calculated risks with their marketing strategies.

Netflix released such a show because audiences are bored of the copy-paste-styled shows now available on all these streaming services. There was a gap in the market, almost a need for something odd and fresh like Squid Game.

Regular content can get your business mediocre attention, but a strong concept that is intriguing and fresh can make you go viral, resulting in a lot of free marketing.

When your brand has a viral TikTok trend, it’s bound for success

Serious brands that take an informal approach on the platform get a lot more praise and attention, resulting in higher free impressions.

Consumers have evolved; they now want a brand they can relate to and feel a deeper connection with than just a traditional transactional relationship.

The great advantage for Squid Game is that the only way to understand the jokes going viral is to watch the show because of how specific they are. This can work great for a marketing strategy. Make your campaign so unique and specific that you turn your audiences into advocates for the story.

Word-of-mouth hyping up a TV show at such an accelerated pace is something we have never seen before. Netflix is now investing in some marketing for the series with pop-up displays, which are not really intended to bring more attention, but rather to complement the ongoing buzz happening worldwide.

We, humans, want to share something odd like this violent game of death it gives us pleasure of some sort and makes for a great conversation starter. In the case of Squid Game, the violence and gore that kept the script on a shelf for a decade actually contributed to its success.

"Curiosity is the wick in the candle of learning." - William Arthur Ward

The pandemic had a significant role in the rise in OTT popularity, and businesses and brands are taking notice. With OTT advertising gaining traction in India, marketing budgets have shifted.

Why are corporations abandoning television and outdoor advertising in favour of OTT platforms?

Why are corporations abandoning television and outdoor advertising in favour of OTT platforms?

11 Life Lessons That We Can Learn from Squid Game.

11 Life Lessons That We Can Learn from Squid Game.

What is Social Currency? Definition, Benefits, and Examples

What is Social Currency? Definition, Benefits, and Examples