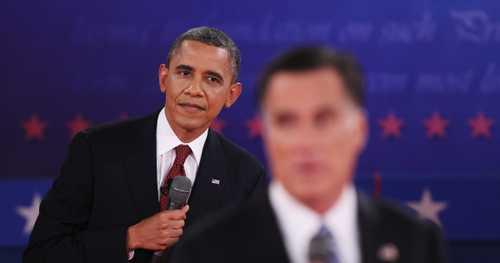 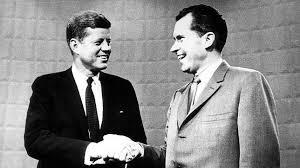 The first televised presidential debate in U.S. history may be the most consequential.

Political mythology holds that Americans who listened to the debate on the radio thought Nixon was better, while those who watched it on television thought Kennedy was better. 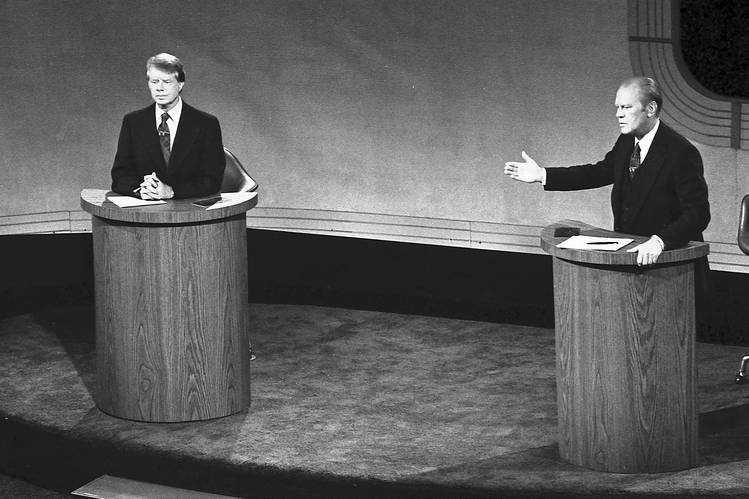 A moment that may have impacted the final result was when Ford stumbled over a question during their second debate regarding Poland, which he insisted was not under "Soviet domination." It was, and Ford had to retract his statement, contributing to the view that he was in over his head. 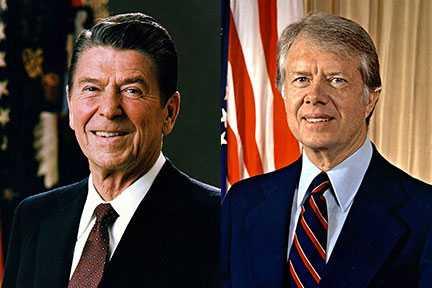 There was widespread dissatisfaction with Carter but also concerns about Reagan's experience and temperament.

With their first and only televised debate late in the election, Reagan convinced the American voters he was up for the job with a single liner ("There you go again") and an FDR-inspired closing statement (“Are you better off now than you were four years ago?”) 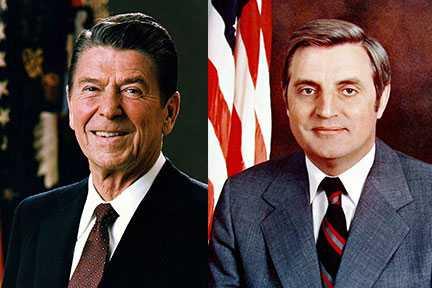 Reagans first televised debate against Mondale brought renewed focus on his advanced age (Reagan was 73 at the time) and raised questions about how engaged he was in the business of the White House.

However, Reagan was able to diffuse it with a simple joke: "I will not make age an issue of this campaign. I am not going to exploit, for political purposes, my opponent's youth and inexperience.” 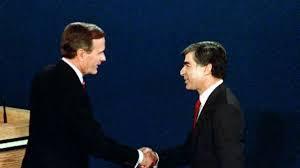 The beginning of the end of Michael Dukakis' once-promising presidential run was when he was asked about an arguably "gotcha" question about whether he would stand by his anti-death penalty position even if his wife were "raped and murdered."

In the years since, Dukakis defended his robotic response. He didn't think his answer was that bad.

During the debate, Quayle tried to link himself to the legacy of former President John F. Kenndey. But Bentsen said, "I served with Jack Kennedy. I knew Jack Kennedy. Jack Kennedy was a friend of mine. Senator, you're no Jack Kennedy." It sparked spontaneous applause. 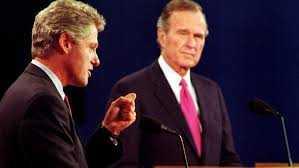 The unusual inclusion of a third party candidate insured an even greater level of interest in the 1992 presidential debates.

The first so-called "town hall" format was introduced. This format was very favorable to the Arkansas Gov, Bill Clinton, who was known for his physical comfort with voters.
President George H.W. Bush was more awkward in these kinds of encounters. When he was asked how the national debt and recession had impacted his life or the lives of anyone close to him, he was caught on camera looking at his wristwatch, increasing the perception that he was indifferent and detached from the concerns that touched Americans. 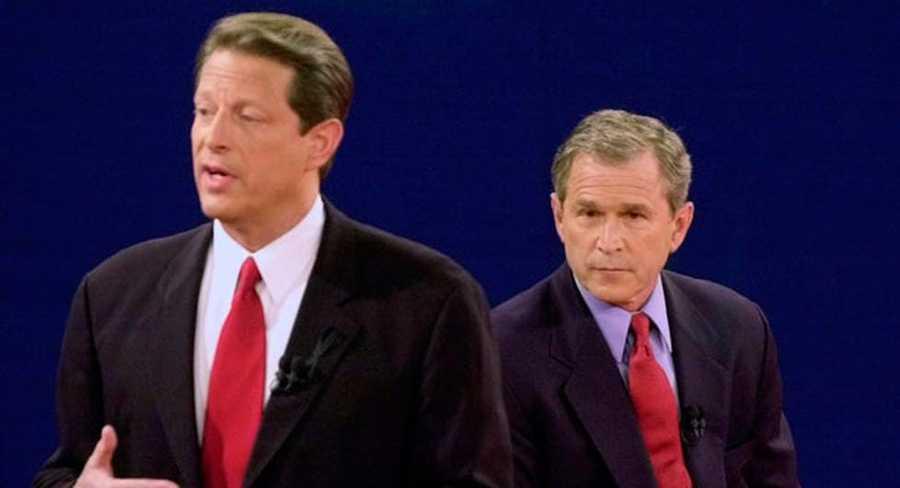 Vice President Gore was sighing during Bush's answers and deemed smug and disrespectful. Then, he appeared to be ready to pounce on Bush physically, and his aggressiveness was held against him. 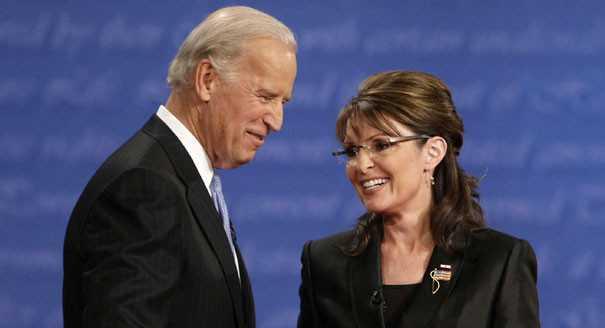 Sarah Palin, the polarizing Alaska governor, entered the stage following a series of embarrassing headlines and poorly received interviews. Sen. Joe Biden had to walk a delicate balance since there was an increased sensitivity to sexism in the campaign.

The debate ended up without any major incident. Palin made many factual errors and mostly pursued her own talking point instead of answering the moderator.

After a dull first debate, President Obama saw his re-election chances in trouble. During his second prime-time against Republican Mitt Romney, Romney tried to rebuke Obama for allegedly not calling the recent embassy attack in Benghazi a terrorist attack.

A confident Obama urged moderator Candy Crowley to "get the transcript." Crowley interjected and confirmed that the president had indeed called the incident an "act of terror."

Deep thinker. Like talking about the world, religion and politics.