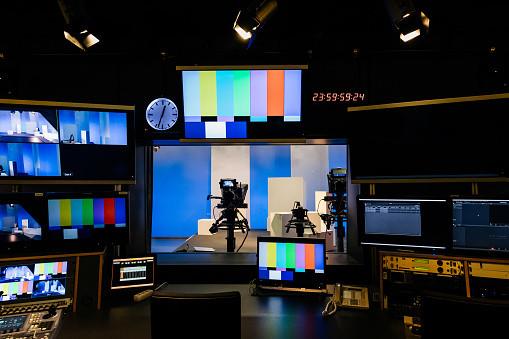 Entertainment has changed in the last five years, especially during the pandemic.

While the entertainment industry has changed, Terry still has a structure. Wherever he finds himself, he finds a place to work out. His eating habits stay the same, and he goes to bed as early as possible.

A lack of focus is harmful

Terry noticed that a lack of focus harms his career. You lose focus when you constantly check e-mails, tweets, comments, etc. It slowly changes you.

Terry reads a book or more a week. He thinks reading encourages empathy for different people. It is also a great way to stay level-headed in a world of social media and sensationalism.

Reading also calms you down when you feel overwhelmed. It’s like enjoying a sunset.

Terry was successful, he was famous and lovable, but his wife was ready to leave.

Don’t fall into the trap of self-righteousness. Stay humble. When you become self-righteous, you can do terrible inhuman things to other people.

Because you suffer doesn’t mean you are better

There are two ways to be self-righteous in Hollywood.

However, suffering doesn’t mean you are better than everyone else.

Terry thought he was the biggest victim. His father was abusive, he’s black, and he grew up poor. Terry used his self-righteousness to manipulate people and gain things he didn’t earn. However, excuses only work for a short period. Terry advises not to compare your suffering to other people. It’s not a contest.

Terry found pornography to be a numbing device, something he always returned to but always left him unfulfilled. That made him turn to it more to feel fulfilled, only to be left empty again. So, it was a cycle and a secret he tried to keep from his family.

The change came when he confronted himself with his lies and excuses. Going for therapy changed his life, especially addiction treatment and the 12 steps.

Revenge is making others pay for everything they ever did to you. However, you can either have success, or you can have revenge. You can’t have both.

Revenge is trying to control what is not in your control. We can’t control people and what they say to us. The score is never settled. Violence promises you fulfilment but ultimately sets you up for a very hollow existence.

Men often respond with aggression to prove that they are not weak. However, the greatest boxers in the world know how to take punches. In the long run, it's about how much you can take and keep going.

When you become responsible, you don't have to react to negative remarks. You can choose how you will respond. If anybody calls you out, you are expected to knock them out. But you can go against decades of programming and say no to that.

Any movement should start with reconciliation

There's no need to compete with other people. A movement that doesn't start with reconciliation is not worth supporting.

Terry Crews is an American actor, television presenter, and ex-NFL player. He gives insight into his struggles.

#576: Morgan Housel — The Psychology of Money, Picking the Right Game, and the $6 Million Janitor

Duolingo is the biggest learning app in the world and the founder was cool to share some honest insights.

The Co-Founder of Duolingo on Tim Ferriss

How to Play Offense with Money, Plan Bucket Lists, Build a Rich Life with Your Partner, and Take a Powerful $100 Challenge