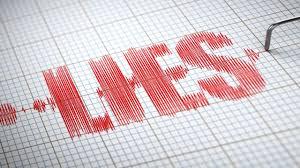 In a world where we assume people tell the truth, liars prosper. To stop them from exploiting others, here are three rules to catch a liar.

It is estimated that the average person lies 30 times a day. It comes easily and naturally to most people. Lying has obvious advantages, in that it exploits others and helps get you ahead of the game. But if you want to prevent being exploited, you need to learn to detect lies. There are three rules to catch a liar: Keep them talking; listen to their feelings; keep them busy.

You will have lied at some point in the last week. Perhaps even today. But how big was it? Was it one of those small phatic lies. Or is it something much bigger — a crime, an infidelity, a betrayal, or a sordid secret?

Lying is a hard trick to get right. Lie too much, and no one trusts you. Lie too little, and you get laughed at, called “blunt,” and shunned as socially inappropriate. We are a “truth-default” species, meaning that our default position is to believe what others say. We assume people are telling the truth. So, lying has to be deployed carefully and sparingly.

If life is a computer game, then lying is the cheat code. In a world governed by truth-default theory, the deceiver is king. We lie to get ahead in life and to get an advantage over others.

With such benefits, it’s no wonder that lying comes easily and naturally to us. Children as young as 2 years old will lie, and by 8 years old, 80 percent of children will lie if they can get away with it. One study suggests that most of us lie at least once in a ten-minute conversation.

If lying is the way we get to the top and take advantage of each other, it pays to be able to spot a liar.

A few years ago, a research paper came out that examined the various techniques used in “high-value detainee interrogation” — basically, how to interrogate the sort of bad guys you might see in a movie. Based on this research, we can summarize three rules to catch a liar.

Liars cannot draw on real memories, and lack the imagination to fabricate a detailed, plausible story, or fear that they will give themselves away.

So, if you want to spot a liar, be a good listener. Ask questions. Keep them talking. But, if you really want to spot a liar, you need to ask “unanticipated questions.” A liar, especially a practiced one, will have a script ready. You should ask about less pertinent aspects of a situation. If they were at a restaurant, what color were the chairs? If they were staying with friends, in which bedroom did they sleep? What did it look like?

Rule #2. Listen to their feelings (or lack thereof)

Consider how we store memories compared with how we store fictions. One key insight is that when we recollect a true memory, we reference sensory details (how things looked, smelled, etc.), as well as how we felt about a specific event. This is not the case with lying.

If lying your story more likely will be of the form, “It was raining, so I must have had my umbrella.” Truth-tellers tend to include sensory descriptions; liars do not. Like describing the smell or temperature of the rain.

The “cognitive load model” of deception holds that “lying is multi-tasking and for that reason difficult. Liars must plan what they say, remember to play a role, and suppress the truth.” The idea is that if you want to spot a liar, you need to make their lying harder. To do this, give them other tasks to do as they are telling their story. If their brain is too busy doing other things, they won’t have enough mental resources left over to lie — or, at least, lie convincingly.

So, if you suspect your partner of cheating, ask them questions while they’re driving.

It is true that humans are good at lying, and the corollary is that many people are good at telling if someone’s lying. There’s a small army of micro-gestures, pauses, turns of phrase, and so on that we’re all attuned to, and these three rules can improve your lie-detecting ability.

“I lie to myself all the time. But I never believe me.”

‘Because the truth sometimes hurts,’ I said.

3 Rules to Catch a Liar

The psychological reasons why some people can't stop lying

The psychological reasons why some people can't stop lying

Do You Notice the Signs When Someone Is Lying?

Do You Notice the Signs When Someone Is Lying?