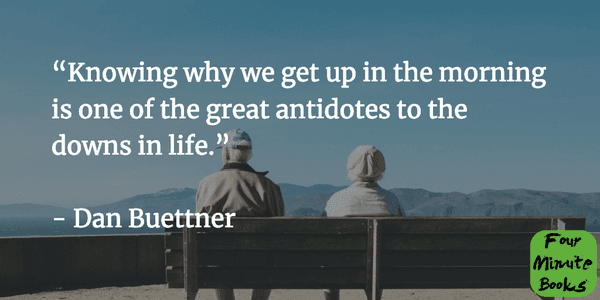 The Blue Zones Solution shows you how to adopt the lifestyle and mindset practices of the healthiest, longest-living people on the planet from the five locations with the highest population of centenarians. 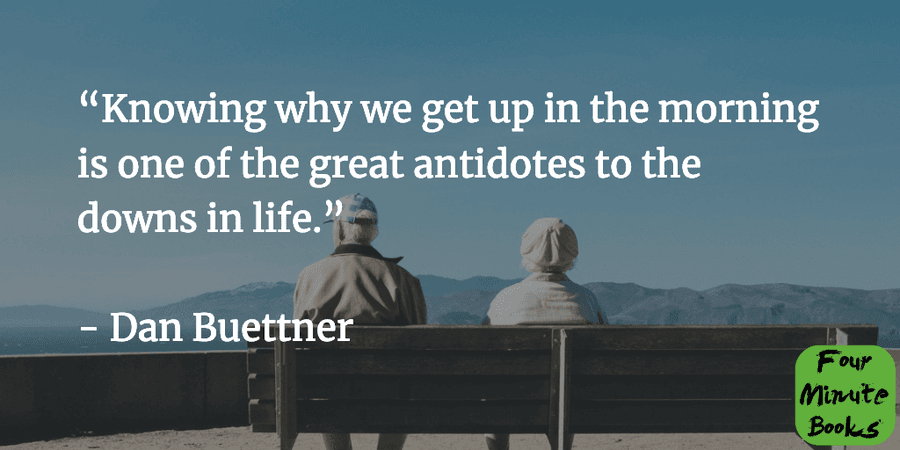 "Knowing why we get up in the morning is one of the great antidotes to the downs in life."

For thousands of years, tales of the Fountain of Youth have been recounted and shared across various generations. This fountain supposedly gave restorative powers to anyone who drinks or bathes in its life-giving waters. To this day, it remains an elusive mystery. Dan Buettner’ s book The Blue Zones Solution , however, reveals how we can get closer to achieving a healthy, vital and active lifestyle well into our 80s, 90s, and even past age 100.

After more than a decade of gathering research, Dan has identified the places where people live the longest. His extensive analysis pinpointed five locations where the highest concentration of 100-year olds grows old without heart problems, obesity, cancer, diabetes, and a host of other related diseases. The places that meet these criteria are in Greece, Japan, Sardinia, California, and Costa Rica, and Dan wrote about them extensively in The Blue Zones . Now, he follows up with more practical advice.

Here Are 3 Lessons We Can Learn From Centenarians

By making just a few simple lifestyle changes, you too can realize many of the same benefits that Blue Zone communities have literally been living out for centuries. Let’s see what they are!

Lesson 1: The 20% gap between being satisfied and feeling full could be the difference between losing weight and gaining it.

People in the Blue Zones typically eat their last meal of the day in the late afternoon or the early evening hours. After that, no late-night snacking or sweet nightcap before bedtime! They have also learned to discipline themselves to stop eating before they feel full. But why would walking away from the dinner table feeling less than that be desirable?

There’s a good amount of press these days dedicated to what health experts call “intermittent” fasting. This type of caloric restriction prompts a digestive survival mechanism that is proven to promote longevity . In caloric restriction mode, our cells protect themselves by producing less energy, but also generate fewer free radicals.

Free radicals are nasty by-products, oxidizing agents that deteriorate the body from the inside out. It’s not much different from the way oxidation forms as rust on an old car and destroys it over time. If they build up over time in the body, free radicals can ultimately contribute to stiffening arteries, brain shrinkage, and wrinkled skin. The lesson? Eat less, live more.

Lesson 2: Load up on plant-based foods, especially beans and lentils.

Limiting animal protein in your diet to no more than one small serving per day is a beneficial health practice. While people in four out of five of the Blue Zones eat meat, they do so sparingly. Generally, meat is mostly used for special or celebratory occasions, as more of a side, or to add flavor to a dish.

In America and many other industrialized, Western countries, meat is the star of the show in our meal theater, with vegetables and grains acting only as supporting or secondary players. In the Blue Zones, it’s the opposite.

Typically, two thirds of a plate in a Blue Zone home are filled with beans, greens, sweet potatoes, fruits, nuts, seeds, and other whole grains. They also eat an impressive variety of garden offerings when they are in season. The best longevity foods are leafy greens such as spinach, kale, beet and turnip top, chard and collard greens.

What’s more, many healthy oils are plant-based too and preferable to animal-based fats. Olive oil consumption increases the good kind of cholesterol while lowering the “bad” kind at the same time. In Ikaria, Greece, researchers found that for most middle-aged people, six tablespoons of olive oil daily cut their risk of dying in half.

Lesson 3: Our society has engineered much of daily movement out of our lives, and we need to get it back.

Not only do Blue Zone people live in places with easy access to fresh and healthy food, but they move all day long too. The average American sits 9.6 hours a day . For every hour we sit, we lose about 22 minutes of life expectancy. Even after just the first hour, fat-burning hormones in our blood significantly decrease.

Interestingly, Blue Zoners do not belong to health clubs, they don’t run marathons, and they don’t spend time on treadmills or exercise bikes. Movement is a natural and regular part of their lifestyle . What’s more, their environment frequently nudges them into some form of physical activity, like gardening, food preparation, cleaning, walking, or even just getting up or sitting down every 10 to 15 minutes.

The key is to maintain a high metabolism rate throughout the day, every day.  In Okinawa, for example, houses are almost devoid of furniture , so Okinawans get up and down from the floor dozens of times every day – even into their 90s and 100s. In Nicoya, women still grind corn and pat tortillas by hand. The women of Ikaria knead bread.

There is an irrefutable body of research demonstrating that we can make long-term changes to our personal environment that nudge us into moving more, eating less, and eating better. Let’s start making them today!

The Blue Zones Solution is an inspiring read on multiple levels. It’s more than just an informational source for healthy living, a journey into the exotic. It provides a glimpse into the habits, lifestyles, and mindsets of people from other cultures around the world. On top of helping us adopt the best of these behaviors, it also contains pages of practical advice, such as delicious and healthful recipes from these amazing places.

Who would I recommend The Blue Zones Solution to?

The 22-year-old, who is packing too much beer-drinking and junk food in between study time, the 38-year-old logistics manager, who likes to spend all his free time playing The Legend of Zelda , and anyone looking to cook healthier meals .

Ikigai Book Summary: The Japanese Secret to a Long and Happy Life