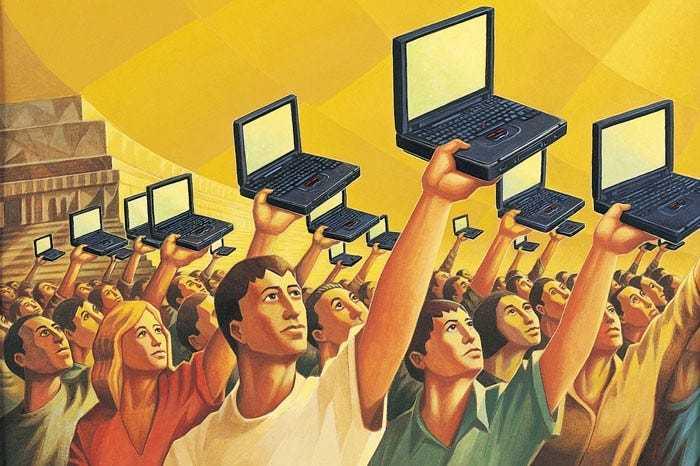 How Does Technology Impact Social Hierarchies?

The way that power has been exercised in our society through these decades of mass systems has been about people in conference rooms arguing with each other over control of these mass mechanisms. They argue over ad campaigns, new car models, presidential nominees, etc.

With the arrival of the internet, anybody could build anything they want, put out any information and organize any movement; it was fundamentally disruptive. It’s lateral peer-to-peer, and there is no central node

created an idea from a podcast:

Marc Andreessen: Interview with an Icon

MORE IDEAS FROM THE SAME PODCAST

Marc asks the following questions to better understand claims about the negative effects of technology:

Stress test your ideas through a lens that’s not just your preconceptions.

You can “borrow” mental models of people you admire; Ask yourself, what would they say in the face of any particular challenge you are trying to solve.

The Problem With the Education System

In Marc’s view, the education system is completely unfixable

How Probabilistic Thinking Can Help You Make Great Decisions

What every venture capital capitalist of all time has in common is that each of them missed almost all of the great deals of their generation.

How to Extract the Right Lesson From an Experience?

Learning from experience is natural, but you have to understand the domain in which you are operating

I no longer think there are any qualified people starting tech companies that have bad ideas, it’s just a question of timing and execution.

Books which Marc keeps coming back to

The WEIRDest People in the World by Joseph Henrich

Pessimistic Prediction for the Next Ten Years

Based on 1984, a novel by George Orwell technology is used to control the masses. Technology with the potential to disrupt hierarchical control instead ends up enabling top-down control.

The new kids on the block are educated on the internet, their depth of technological, financial, and cultural knowledge is very broad. They are idealists and have an intuitive sense of how new technologies could be harnessed to improve the world, and they actually have the power to do it.

If the strategy involves 10 bets, you don’t get evaluated based on any particular bet, or even an average, yet the total performance of the basket investment

An anti-mentor is someone who, when they look down on you or disagree with you, you know you're doing something right.

Why You Should Have An Anti-Mentor

#131 Matthew Walker: The Power of Sleep