The Five Signs Of Intellectual Dependability

Most mentors or guides show the following signs to help you gauge if they are intellectually dependable: 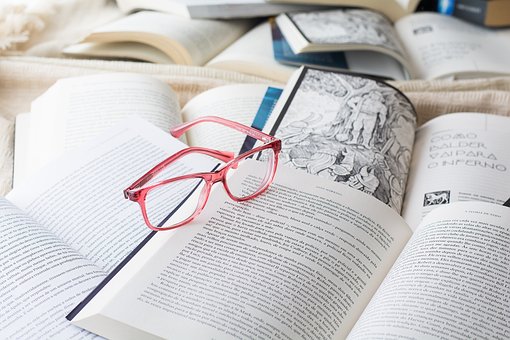 We All Are Work In Progress

There are always certain gaps in our understanding and with it comes the need of help of others to fill in the vacuum. It might be the blind spots we derive from our upbringing or our social circle, or the way misinformation manipulates or skews our thinking.

Talking to an expert seems to be the go-to method for most of us. But expertise may not be absolutely right for our problem, and can feel inadequate or unreliable to us.

A person who is a reliable guide or mentor tends to be faithful, transparent and honest.

They recognize your problem and provide the best possible solution, admitting their own limitations in the process. This makes the entire interaction trustworthy, fulfilling and transparent.

To seek the solution to the dilemma of intellectual dependency, we need to find a person having the basic virtue of intellectual benevolence, the added trust and care of the person who is approached by us.

If the mentor is paying attention to the details of your views, experiences and unique traits, and then tailoring their response to fit the other person, then they are applying the appreciative quality of audience sensitivity.

Many who are not in the mode of listening, or are too self-aware/self-conscious, would not have this quality, and the key sign to look for here is if they are paying attention to your unique needs, or just the problem in general.

An expert should ideally be genuinely interested in solving your problem, to get you towards the truth, expand your knowledge, develop your skills and deepen your understanding.

The key sign to observe here is if the person is happy about your progress, or from the fact that their advice is being followed (even if it leads to a wrong outcome).

Life is about learning, and if the mentor is displaying signs about a general quality of life learnings, in a Yoda like fashion, then the person possesses the virtue of intellectual guidance.

They make you navigate the situation in a manner that helps you minimize the risks, and learn in the process, helping you in your life journey.

A key trait here is that such mentors do not look for closure, and are extremely patient.

Many people are intellectually unreliable, and can be driven towards influencing the views of others. They think they are right, and their thoughts are superior to others, leading to a constant desire to correct the other person and make people see their worldview.

The problem is not if their view is right or wrong, but the fact that they impose their own brand of thoughts on the other, not caring for the person to make discoveries on their own accord.

Being intellectually vain is the opposite of being transparent, and happens when the person is not concerned about your wellbeing but their own reputation, and the impression they convey.

When mentors are intellectually timid, their responses are negative, or none, as they want to avoid the harm that would come from being wrong. These people fear helping due to the risk they have of exposing themselves.

Key signs to watch out for here is the mentor's eagerness to have their ideas followed, or their fearfulness on how their ideas will be taken.

If a mentor is unambiguous and completely clear in the communication, leading to a deep understanding and clarity on the subject, they are intellectually dependable.

A key sign here is that the simplicity and clear language, not hiding themselves under the garb or abbreviations and gibberish, something known as pseudo-profundity.

Questions to know how dependable is someone

Pleasure: A Distraction From Happiness

Example: People who hate sports cannot understand why thousands are cheering in a stadium for a few men who are chasing a ball.

How to think about pleasure | Psyche Guides

"In the beginner’s mind there are many possibilities, but in the expert’s there are few."

How to foster ‘shoshin’ | Psyche Guides