Save Soil Movement. - Deepstash
Explore
Get Pro
For Teams 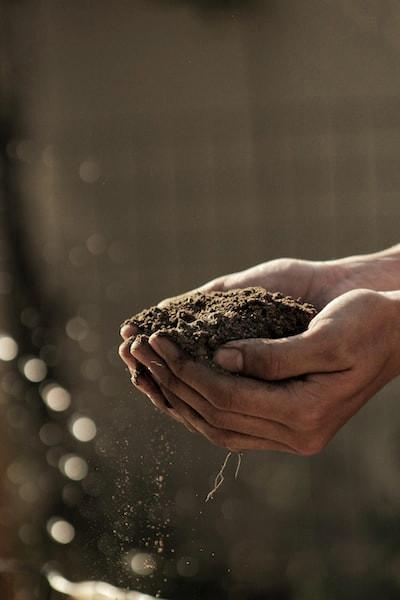 Why Do We Need to Save the Soil?

Sadhguru: Eighty-seven percent of life forms on this planet – microbes, worms, insects, birds, animals, human beings, plants, trees, and every other vegetation on the planet is sustained by an average of thirty-nine inches of topsoil. And that is in grave danger right now. In the last forty years, forty percent of the world’s topsoil has been lost. The United Nations says we have soil left only for approximately eighty to hundred harvests, which means another forty-five to sixty years of agriculture. 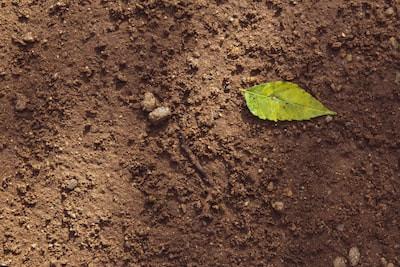 No Soil for Food Production:

After that, we will not have the soil to produce food. You can imagine the suffering that we will unfold in the world. Thirty percent of India’s land is already degraded, and 90% of India’s states are seeing soil turn to desert. That means nothing can be cultivated there. So, protecting the soil for the future generations of this land is the most important thing. 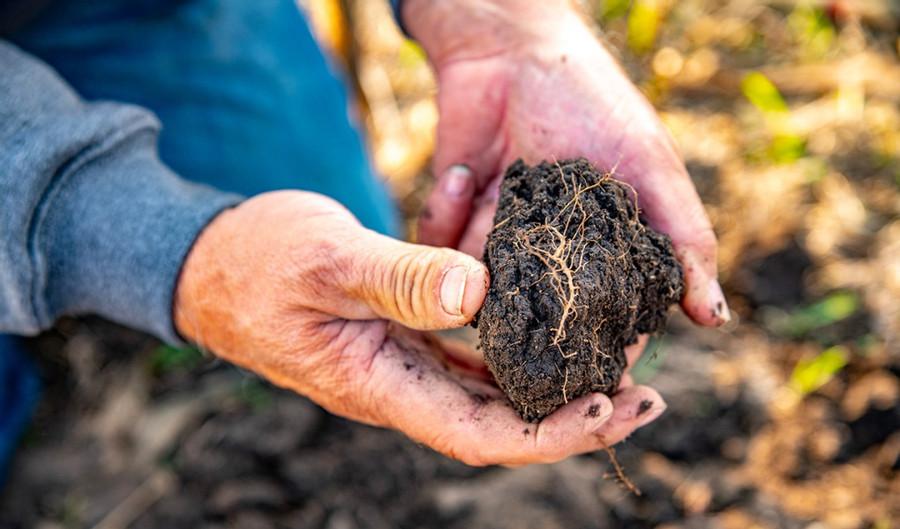 How Can Soil Revitalization Help the Environment?

I was speaking at one of the UN agencies in Germany, and they asked me, “What are the three things we need to do to prevent an ecological disaster?” I said, “The three things are, ‘Soil, Soil, and Soil.’” This is something that is not being looked at because it is fashionable in the cities to talk about air pollution. I am not saying it is not a concern, but if you take the necessary actions to fix the soil, that action will take care of the water also. Air pollution can be fixed in a short time if we are willing to sacrifice our economic exuberance a little. 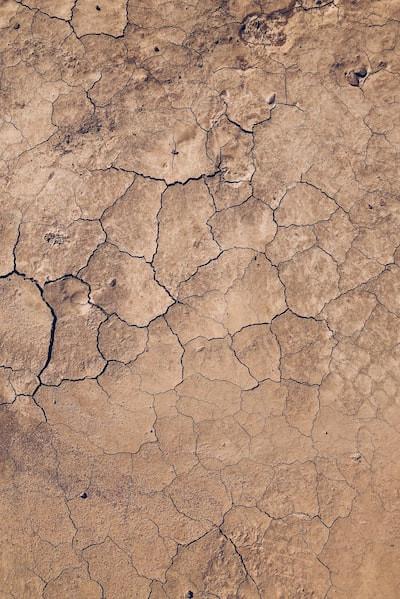 Time to Fix the Soil

If you want to fix the soil that you have destroyed, it will take 15-25 years if you go at it aggressively. If you do it without much interest, it will take 40-50 years before you can get the soil to a certain level.

If the soil is in a bad condition for that long, that means two to three generations will go through terrible states of life.

In India, people have been tilling the same land for thousands of generations. But in the last generation, the soil quality has become so poor that it is on the verge of becoming a desert. If you want to preserve the soil, it means organic content has to go into it. But our trees have all been cut and millions of animals are being exported from the country. These are not animals, this is our topsoil going to some other country. When this happens, how will you replenish the soil? If there are no leaves or animal waste, you cannot put back anything. 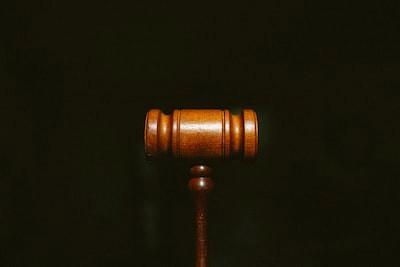 Law for the Soil

There is a national aspiration in India which has already been set by the old Planning Commission that thirty-three percent of India should be under the shade because if you want to preserve the soil, that is the only way. And I am trying to push for a law that if you own one hectare of land, you must compulsorily have a minimum of five bovine animals on the land. There is one fantastic thing about this land for which we have scientific data but no scientific reasoning yet. 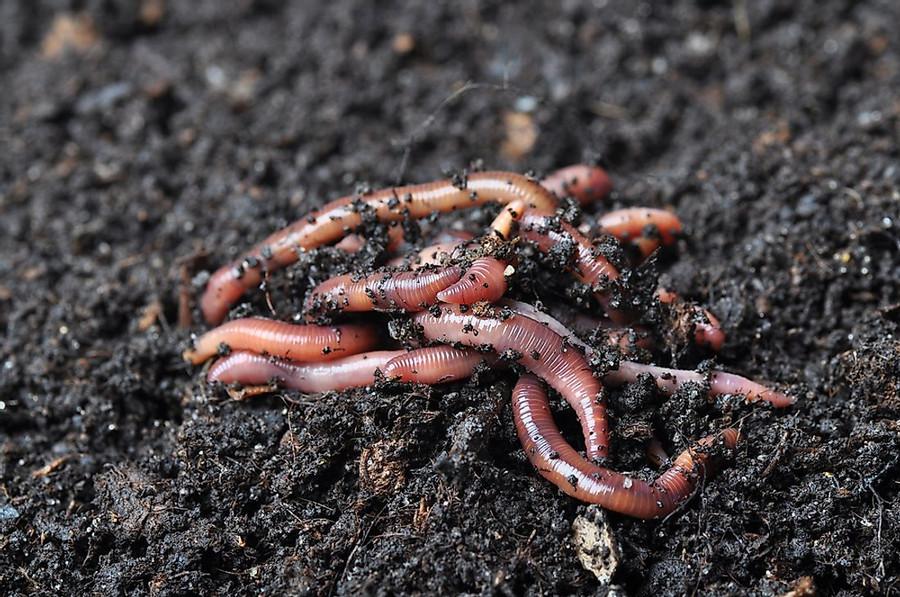 Species found in One Cubic Meter.

If you go to a place in this country where the soil is good and take one cubic meter of this soil, it is said that there are approximately 10,000 species of life in that one cubic meter. This is the highest concentration of life found anywhere on this planet. We do not know why. So, this soil just needs a little support. If you give it that little support, it will bounce back quickly. But as a generation of people do we have the necessary brains to give that little support, or will we just sit around and watch it die? You cannot keep the soil rich with fertilizer and a tractor. 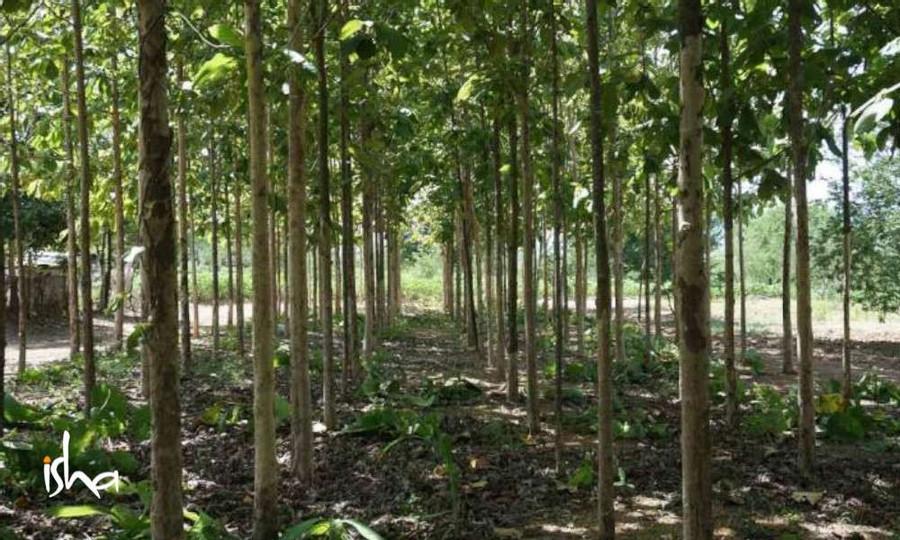 The term “forest produce” must go out of our vocabulary. There is no such thing as forest produce because there is not enough forest on this planet to harness it as produce. That is an era that has gone by. You cannot talk about forest produce in the future. We cannot create a new rainforest because that takes millennia of work. But we can definitely create tree cover, and tree cover cannot happen unless we move into tree-based agriculture. And because a large part of the land is held by farmers, unless we make it lucrative for them to grow trees, trees will not happen. 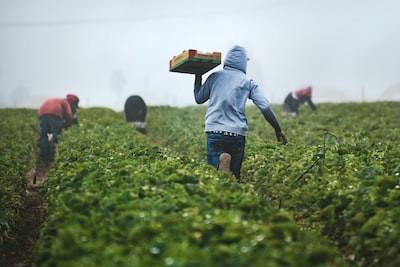 After years of work, the United Nations is clearly recognizing today that a massive part of the solution is tree-based agriculture. That is what we have been pushing for 22 years now. And we have over 107,000 farmers doing tree-based agriculture to prove that it has worked on both ecological and economic levels. 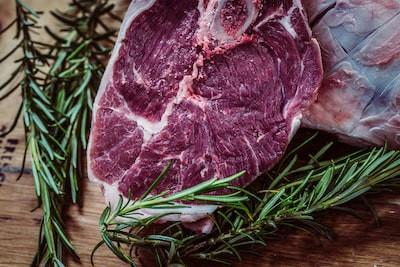 Nearly 77% of the land, about 40 million square kilometers, that is used for agriculture in the world is used to raise animals and their food. Compared to various other available solutions, meat consumption is one of the simplest things that you can reverse. If you reduce your meat consumption by 50%, 20 million square kilometers of land on this planet will become available for tree-based agriculture. If you raise those many trees, you can produce all the things that you are getting from the forest on agricultural land. Farmers will become rich and you will also enrich the soil. 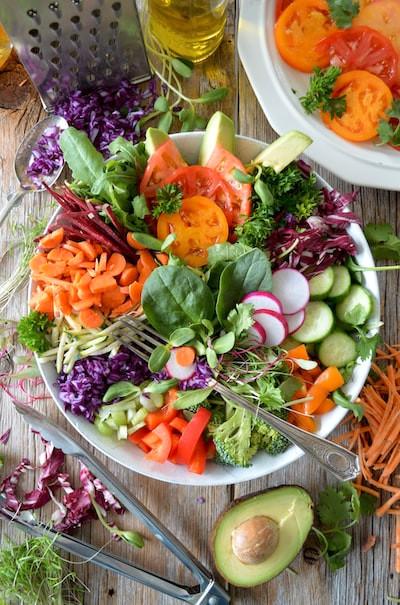 4. Fruit Diet – Healthy for You and the Planet:

Suppose someone is sick in the hospital, of course, you will not take a steak or a biryani for them. You take fruits. The message is clear, “Eat sensibly, at least now!” But the person who takes it does not get it! When travelers like Hiuen Tsang and Megasthenes came to India, they observed that the Indians have a disproportionately large part of the fruit in their diet and they said, “That could be the reason why they are so intellectually sharp.” We are becoming dumb because we are not conscious of the food we consume. 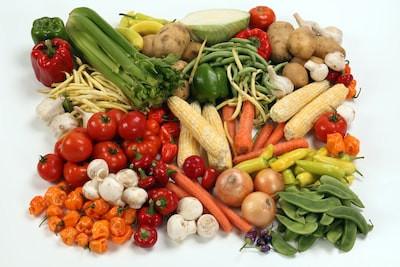 If what you eat has over 75% water content, your health will get managed very easily. If you eat a raw vegetable, the water content is somewhere over 70%. If you eat fruit, it is generally over 90% water. So that is the best diet. At least 30-40% of our diet should come from the trees, not from the 4-month cycle of crops. That means all of us should eat a little more fruit. Right now, fruit is expensive because we are getting fruit from New Zealand, Australia, or Thailand. If you grow local tropical fruits here, they are not very expensive. 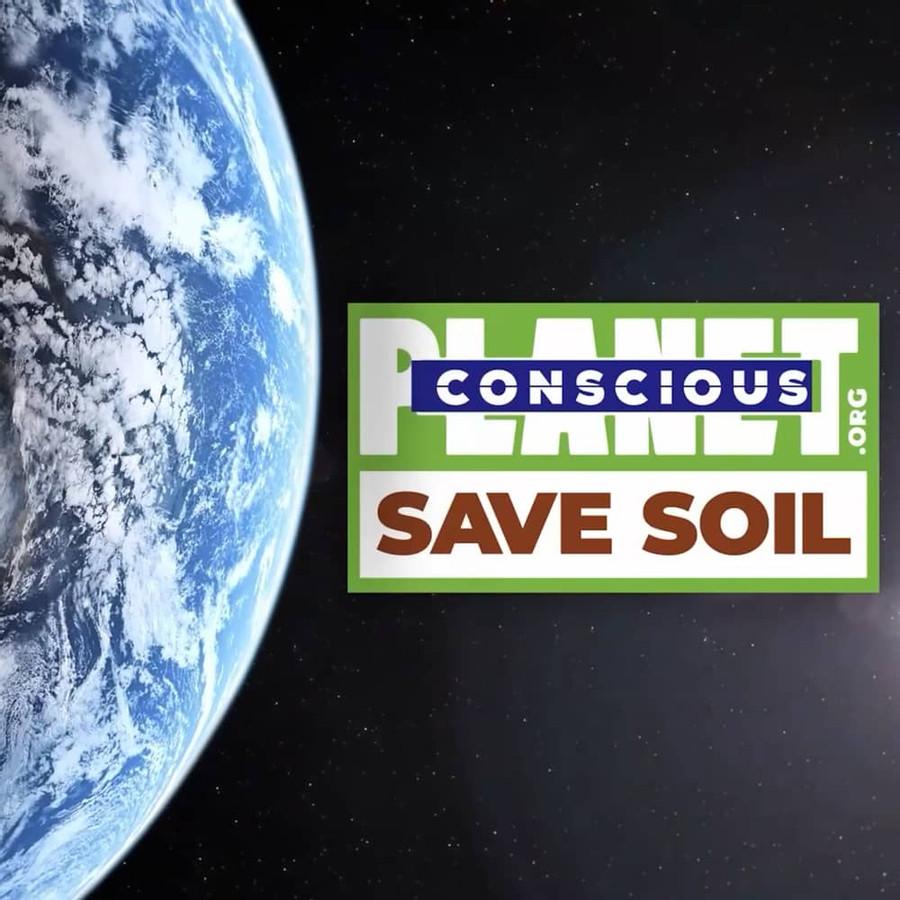 If any other species had perpetrated the kind of damage that we have to the planet, we would have found a way to deal with them. If billions of Martian locusts landed here and began to cut through all our trees, turned our soil into deserts, and sucked the water out of our rivers we would have exterminated them. But the problem is not alien locusts. The problem is us. Since we are the source of the problem, we can also be the source of the solution. We are a problem only because we are in an unconscious, compulsive mode of action. If we were conscious, we would naturally be a solution. 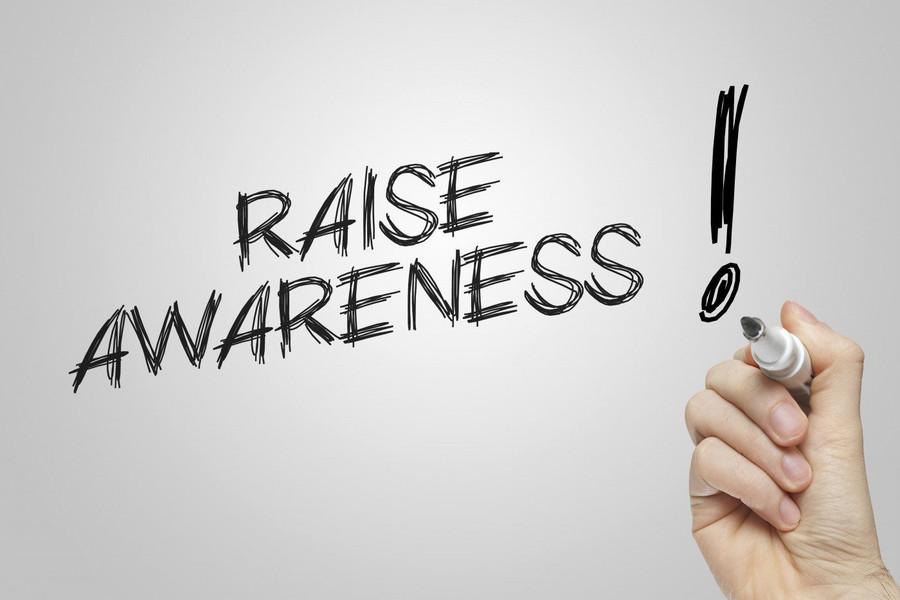 Right now, over 95% of the global population has no awareness of the ecological disaster building up around them. Ecological awareness is confined only to a small segment of people, and even among them, the idea of ecology is largely limited to using less water while showering or turning off the tap when brushing teeth. It is wonderful that people are conscious about what they are using, but this is not a comprehensive ecological solution. Only when ecology becomes an election issue will it become government policy, and only then will there be large budgets allocated so that solutions manifest 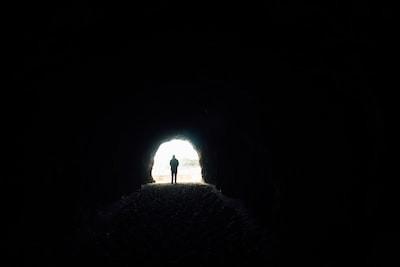 5.2 billion people are living in countries with the ability to vote and elect their nation’s leadership. We are looking at how to get at least three billion people on board so that ecological issues become the issues that elect governments. We want to make these three billion people aware of at least five ecological aspects that must happen in their country and two or three aspects that must not happen. If we do this, then ecology will become if not number one, at least the number two issue in election manifestos

Adding Values is a new innovative way to learn new things, you will get Brainstorming things at your Finger Tip. We are committed to giving Valuable knowledge to the People of the World.

Namaskaram, As a youth of the world & a human we have to be aware of our surroundings as we eat food daily we should know what is the happing with this soil & Mother Earth. What are the Future Consequences of this, do you like to live in the state where our Next Generation is Fighting for food. SO, Plz take care of the soil, Thankyou #SaveSoil

What does Nature give us? A special Earth Day article

A short biography of human waste and its value | Aeon Essays