What Is Funazushi? It's The Funkiest Fish You've Ever Eaten. - Deepstash
Explore
Get Pro
For Teams 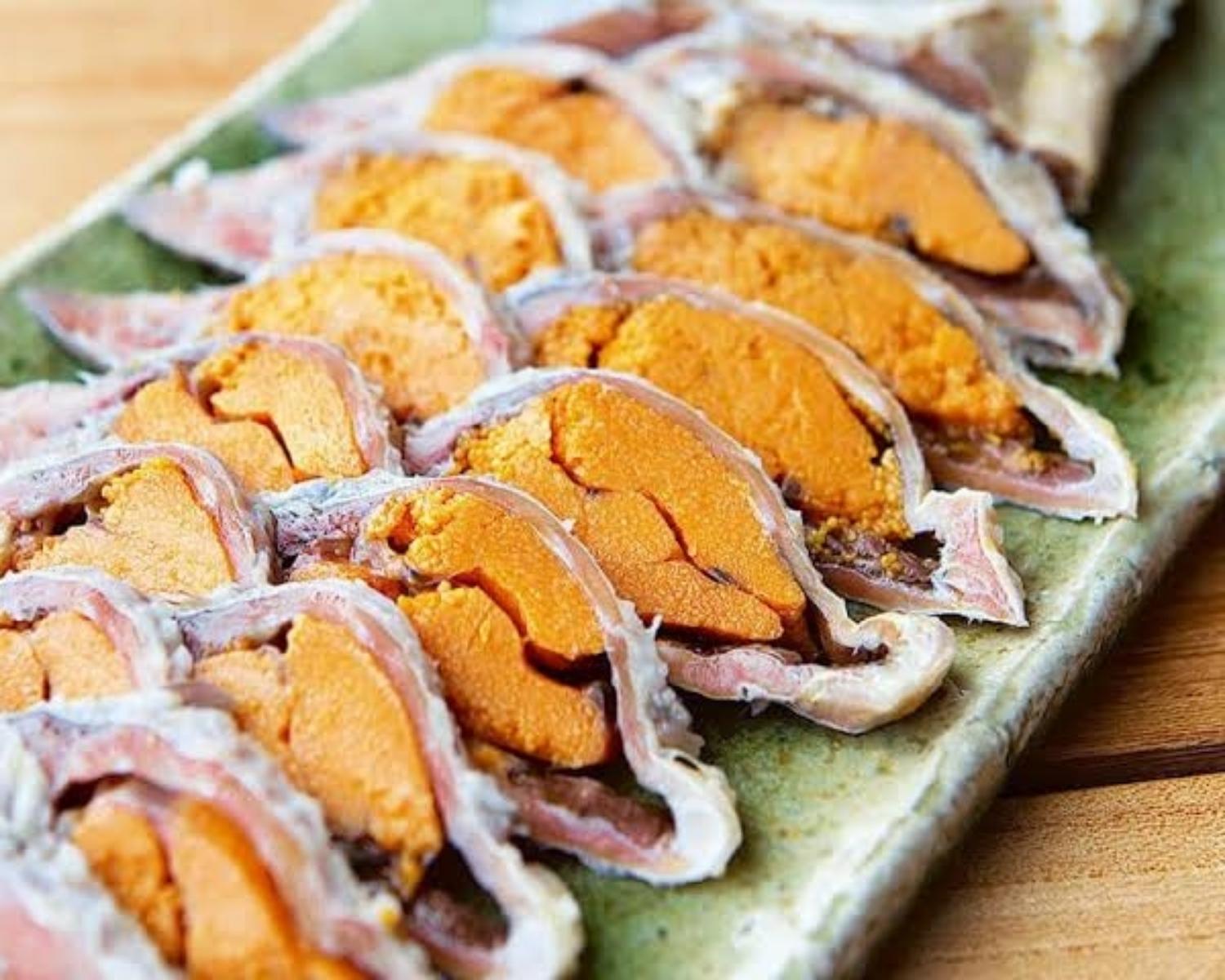 What is funazushi and why is it stinky?

Funa zushi, is a fermented sushi made with funa, a fish of the carp family taken from Lake Biwa; a specialty of Shiga Prefecture and a traditional dish in all of Japan, it is said to show vestiges of the oldest sushi in Japanese history. It is a product of ancient Japanese wisdom and art.

Why is funazushi stinky?

Making funa zushi takes anywhere from about a year to a good 2- years of ripening. The meat and bones grow soft as the fish are fermented in rice, and a distinct aroma, savor, and tartness emerges that is at times likened to cheese.

How is funazushi made?

While sushi can be made from nearly any fresh, edible fish funazushi is traditionally made with a kind of Japanese goldfish called nigorobuna, unique to Lake Biwa in Shiga Prefecture.

Originally a food preservation method to fortify rice farmers’ food stores through the rainy season, the fish is pickled in salt to draw out moisture, then compressed with steamed rice to seal out air and encourage fermentation. The resulting product, harvested several months later, evokes strong, tangy blue cheese, feet and perhaps a whiff of ammonia.

Funazushi: the living fossil of sushi

Funazushi is a very historical Japanese food and also known as the origin of Sushi. Funazushi is one type of *Narezushi and has a very long history. Narezushi was born back in Nara Period, at the time when the rice cultivation was introduced to japan from Thai and China.

Ancient Japanese made Funazushi to preserve Fresh Funa, which could be caught only in a shot period of a year.

Jack of all people-related trades, master of none. Majored in Psychology, Customer Service Assoc for a few Years, HR Officer for 4, Manager and ESL Teacher for over 11 yrs now, an artist since birth.

Which Miso Do I Need?

How to use food to help your mood | Psyche Guides